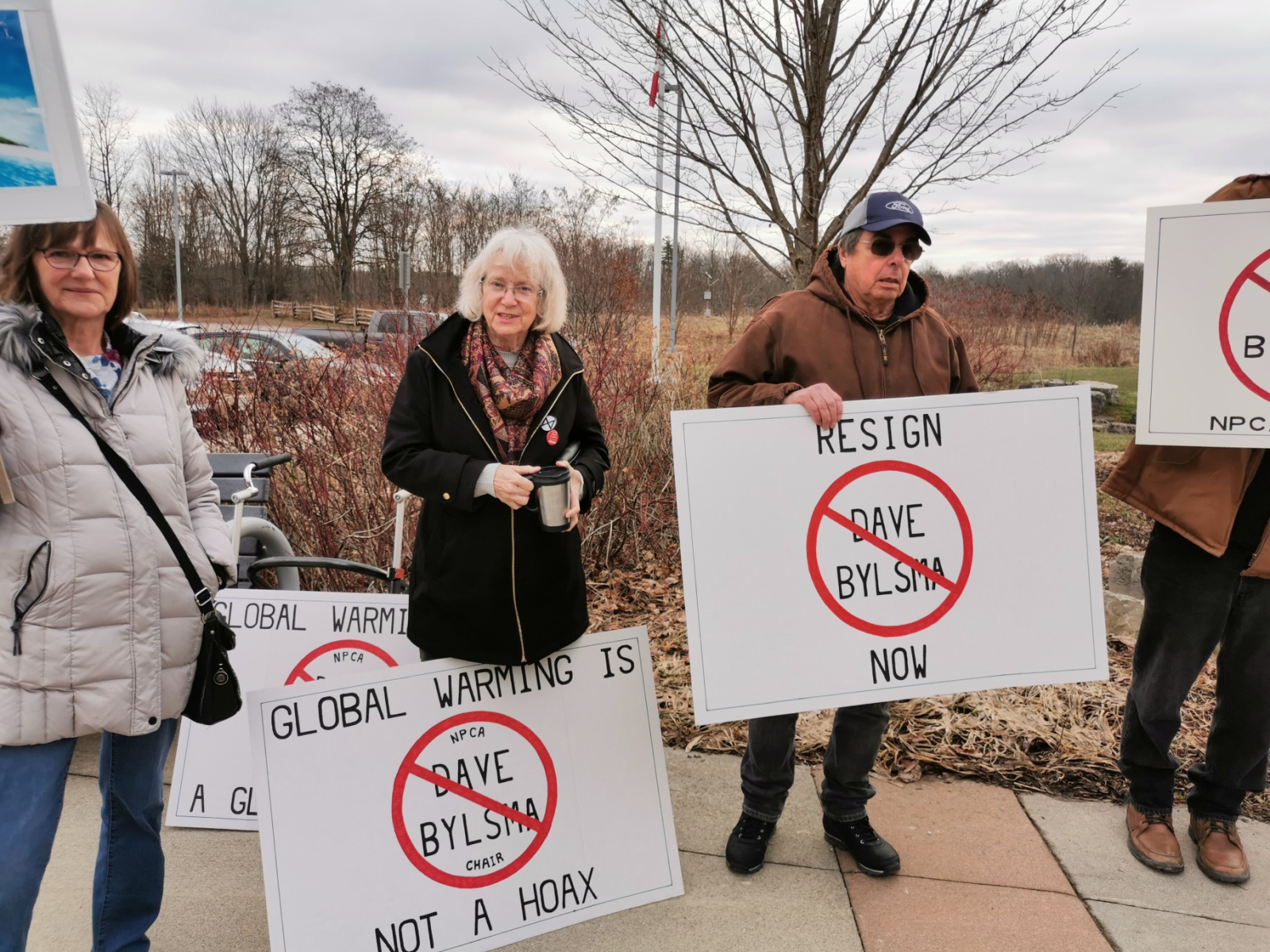 The board of the Niagara region’s conservation authority voted emphatically to reject an extension of Dave Bylsma’s role as chair on Wednesday, amid protests about his links to climate denialism.

Three candidates put their hands up to replace Bylsma, and his nomination was removed from consideration after the first round of balloting.

Brenda Johnson, a city councillor in Hamilton, won the vote after several more rounds and immediately replaced Bylsma, who is a senior figure in the Christian Heritage Party of Canada (CHP). The party, which is focused on an anti-abortion agenda, also claims that it is unproven that carbon dioxide causes climate change, despite overwhelming scientific agreement on the impact.

A group of concerned residents last week called for Bylsma to be ousted from the role, and a small number of protesters greeted the conservation authority’s board members inside and outside the meeting.

“I do not deserve that,” he said, referring to the protests.

“I am a good chair,” he said. “To achieve what this board has done in stabilizing this conservation authority one year is remarkable,” he added, noting that during his one-year term the board went through three iterations, hired a new chief administrative officer, and cleared a backlog of human resources complaints stemmed from tumult in the previous administration.

Ontario's 36 conservation authorities face a challenging 2020, after the provincial government of Premier Doug Ford slashed funding for them in its first budget and later ordered them to scale back their ambitions. The province has since passed a law, Bill 108, that gives developers more leeway to build near protected areas, which Ontario’s conservation authorities are tasked with protecting.

One of the founders of the newly-formed Niagara chapter of For Our Kids, Shannon Duggan, said the group felt vindicated that they may have played some role in Bylsma’s exit.

She said she hopes the new board will act forcefully on their declaration last year of a climate emergency.

“Every decision that they are part of making within their board needs to be first looked at through that climate lens and how the climate emergency plays on that,” she said, referring specifically to decisions on whether to allow developers to build near protected wetlands.

“At the end of the day, I’ve got three kids at home and I’m working full-time. We don’t have time to be reading every council meeting and every agenda and policy brought forward, we just want to be able to believe in the people working for the public, and that they believe in the climate emergency.”

Good. Now let's get rid of

Good. Now let's get rid of all those fossil fuel fossils in positions of climate action, justice and restoration. We don't have another quarter century to 'dick' around.