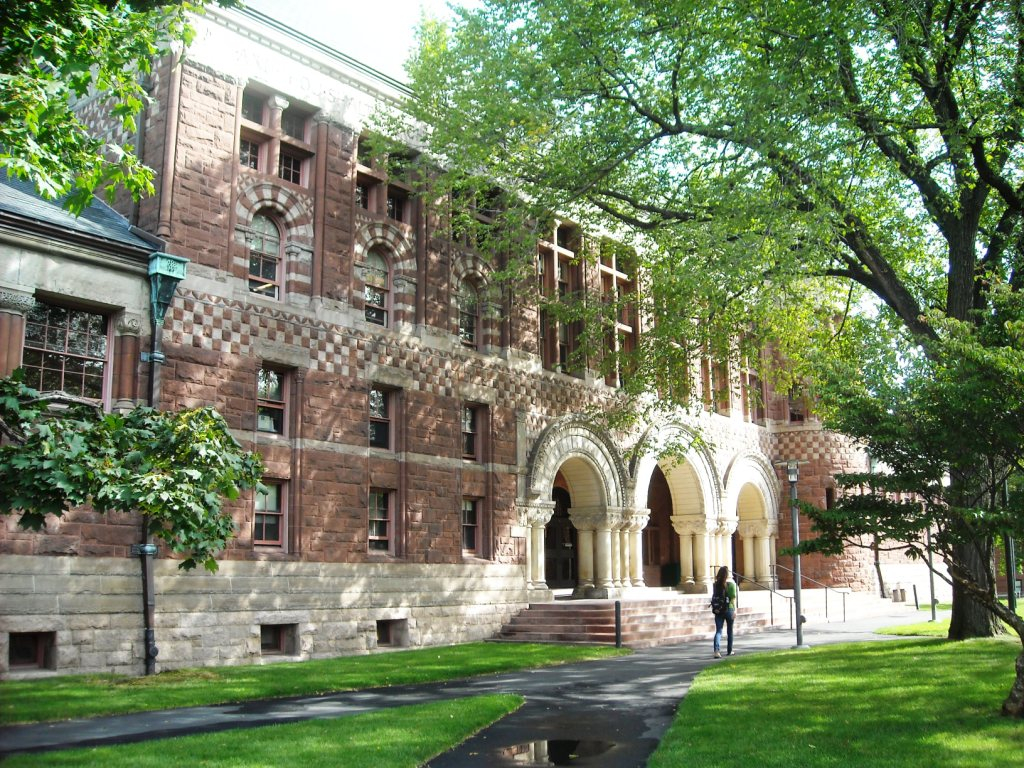 On Wednesday night, more than 100 first-year Harvard law students gathered at a restaurant in Cambridge, Massachusetts, for a reception hosted by the corporate law firm Paul, Weiss, Rifkind, Wharton & Garrison LLP. The opulent affair, replete with lobsters for snacking, an ice sculpture, and an open bar, was one of many regular functions held by elite law firms to draw elite aspiring attorneys into the fold. But about 30 students put their job prospects at risk when they interrupted the event with a demonstration.

As Paul, Weiss attorney and partner Kannon Shanmugam got up to deliver a speech, a small group of students unfurled a banner that read #DropExxon and cut him off with a protest song. “Which side are you on?” they sang. “Does it weigh on you at all?”

The lyrics alluded to Paul, Weiss’ defense of ExxonMobil in several ongoing lawsuits over the oil giant’s role in climate change. The firm recently successfully defended Exxon in a case brought by the state of New York over the accusation that it misled investors about the costs of climate change to its business. Now, it’s defending the company again in a similar lawsuit in Massachusetts, just miles from the Harvard campus.

After the song, a chorus of students joined lead organizer Aaron Regunberg in a call and response speech, announcing that they refuse to work for a firm that helps corporate polluters block climate action. As long as Paul, Weiss worked for Exxon, they wouldn’t work for Paul, Weiss.

“What is the most critical tool these corporations use to get away with climate murder? It’s this right here,” they chanted. “Exxon knew about climate change 35 years ago, yet continued to wreck the planet and fund climate denial that led us to this crisis. That’s what this firm is enabling, and the tactics they are using are extreme and unethical.”

Regunberg told Grist that it’s highly unusual to see this kind of confrontation in the legal profession, and that many of the students who participated had never been involved in a direct action before. “For the longest time, this is an issue that hasn’t even been questioned,” he said. “We’ve shown that our generation of aspiring lawyers understands that business as usual is a recipe for an unlivable future.”

Climate activism in the Ivy League is heating up. A parallel movement of students demanding that their schools divest from fossil fuel companies made national news in November when hundreds of protestors stormed the field at the annual Harvard-Yale football field.

The law school organizers plan to continue their campaign to get Paul, Weiss to drop Exxon and hope to spread the movement to other law schools. Students from Boston University and Yale University law schools have already expressed support. Regunberg said another goal is to start a conversation with Harvard about the way its culture, curriculum, student debt creation, and career service programming create a pipeline to corporate law firms. Many students who come into the school hoping to pursue public interest law end up in corporate interest law, he said. “That’s a systemic problem, and a profound factor in the creation of a legal system that in so many ways shields the wealthy and powerful at the expense of all of us — or, in the case of ExxonMobil, at the expense of human civilization as we know it.”

Harvard Law School and Paul, Weiss had not responded to requests for comment at the time of publication.

Unusual expression of conscience by a profession that seldom has one. Gutsy move by young people; here's hoping there are more of them around.

ExxonMobil fined $40,000 after near miss on rig off Nova Scotia last fall