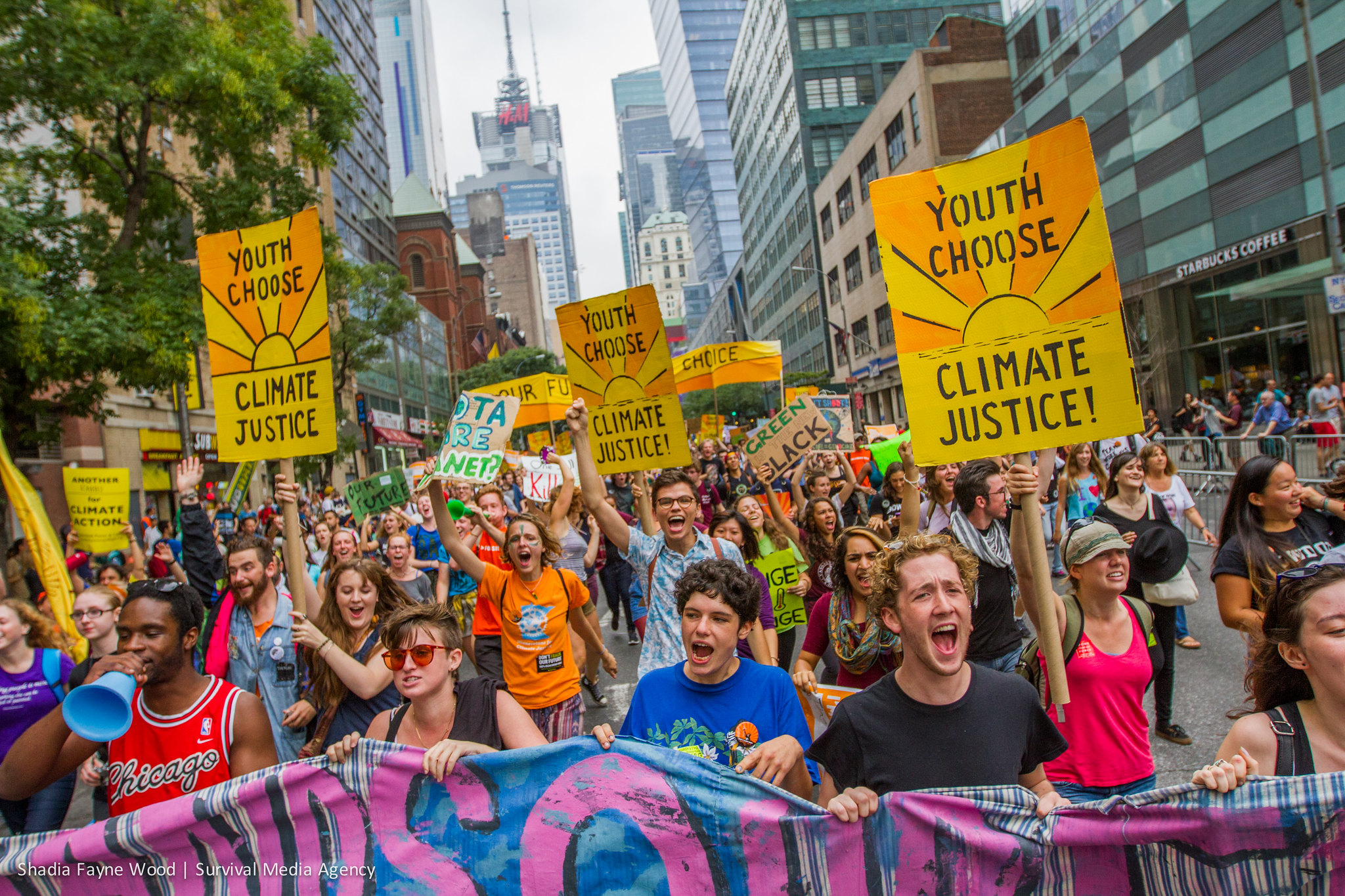 The number of Americans who say they are "alarmed" by the climate crisis has tripled in just five years. For the first time, "alarmed" Americans are the biggest group, nearly a third of the population.

And for good reason.

The latest climate science coming out of their own government agencies is indeed alarming — climate pollution and global temperatures are accelerating in the wrong direction, driving ever-more extreme climate impacts.

Americans who accept the urgency shown by the overwhelming climate science are watching President Trump and Republican politicians actively ripping up both international climate treaties and domestic climate policies. On top of that, a landmark ruling this month from the United States' second highest court, claimed the courts are powerless to protect the right of American youths to a "climate system capable of sustaining human life."

With their best science flashing red warnings and as all three branches of their government refuse to act, it's no wonder Americans are growing alarmed.

To illustrate just how dramatic the shift in American public opinion has become, I've created charts showing two recent polls. And, then, to illustrate some of the alarming climate data being released by America's top government science agencies I've … yep … included a few more charts.

A surge towards "alarmed"…

The "Alarmed" group, shown in bright orange on the chart, is the most worried and supports strong climate action.

As you can see, the number of Americans in this group tripled in the last five years — to reach 31 per cent of the population.

For the first time it is the largest group in America. And, when combined with the "concerned" group, they are now a solid majority of public.

Indeed, the tidal surge towards "alarmed" has become so strong that every other group is shrinking.

Perhaps the most climate-hopeful sign of all in this new polling, is the dramatic shift in the balance between the two ends of the spectrum — the "Alarmed" and the "Dismissive". These are also the two most engaged groups.

The "Dismissives" don't think global warming is happening or don't think it is human-caused. And they strongly oppose climate action.

So think Donald Trump calling the climate crisis a "hoax." - this speaks to the "Dsimissives" and the folks fighting hardest against climate action.

As my second chart highlights, this "Dismissive" group was as big a voting block and slice of society as the "Alarmed" group, only five years ago.

Now the number of Americans "alarmed" by the climate crisis is three times larger. Adding even more hope for a coming shift in American climate ambition, the number of "Dismissives" is falling.

This dramatic surge in American climate alarm is showing up:

The level of climate concern in America is reflected in another recent climate survey — this one by the European Investment Bank (EIB) that covered the world's Big Three economies. My third chart illustrates what they found.

In order to dig deeper into the intensity of climate concern, the EIB also asked people about actions they are taking to reduce their climate impact.

One result that really jumped out at me as illustrative of a major shift in concern, was around flying. As the green bars on the right show, two out of three Americans now plan to fly less to reduce their climate pollution. I've been involved in efforts to stop the soaring climate damage from jet fuel burning for over a decade, and I would have been amazed by even ten per cent saying this. Two-thirds of Americans is "wow" territory.

…and alarmed for good reason

Americans have good reason to be increasingly alarmed. The latest climate science coming out of their nation's premier government science agencies is flashing red warnings.

As was widely reported, the last five years were the hottest ever recorded according to the latest data from NASA and the U.S. National Oceanic and Atmospheric Administration (NOAA).

While those heat records on their own are troubling enough, digging down one more layer into the new data reveals even more alarming trends. Here are two little-reported — but hugely consequential — examples.

The crisis is accelerating

A new analysis by several of America's top climate scientists, including Dr. James Hansen, reveals that we aren't just failing to slow climate change, we are speeding ever faster into an over-heated future.

When it comes to temperature rise: "the rate of global warming has accelerated in the past decade."

And here's their chart showing that. The coloured areas show the rapid rise in the amount of climate "forcing" from all forms of greenhouse gases combined. This is a pedal-to-the-metal sprint away from a stable climate.

As one of today's climate striking youth leaders, Greta Thunberg, lamented in an open letter published in the Guardian recently: "Today’s business as usual is turning into a crime against humanity."

As mentioned, the past decade was the hottest on record. But that only tells us about the average for the Earth as a whole. That's a big abstract area for most people. What about at the more human-scale, regional level? Is record heating limited to a few scattered regions "somewhere else"? Or is it a more widespread problem affecting "my region"?

Fortunately for data geeks like me, NASA makes the data needed to find out publicly available (h/t Brian Brettschneider @Climatologist49).

NASA's data divides the Earth's surface into a grid of ~16,000 squares, and reports temperatures for each one — stretching back decades.

I downloaded the last seven decades of data to make the chart on the right.

It turns out that the last decade was the hottest for 96 per cent of our planet.

Sadly, the Earth isn't warming in only a few hot spots. Instead, all our major regions and ecosystems -- from boreal forests, to tropical reefs, to blistering deserts, to alpine meadows, to agricultural heartlands and everything in between — are breaking heat records.

Which tipping point will come first — climate or political?

With a climate crisis accelerating unchecked towards tipping points — and with all three branches of the United State's government refusing to act in time — it's no wonder that climate alarm is surging to record levels in America.

The burning question now is whether it is enough to tip the political scales in the world's second biggest climate polluter away from their active climate denial? We'll have a good idea in November when we see who Americans choose to be their next President and which party they hand control of Congress to.

CO2 vs the COPs