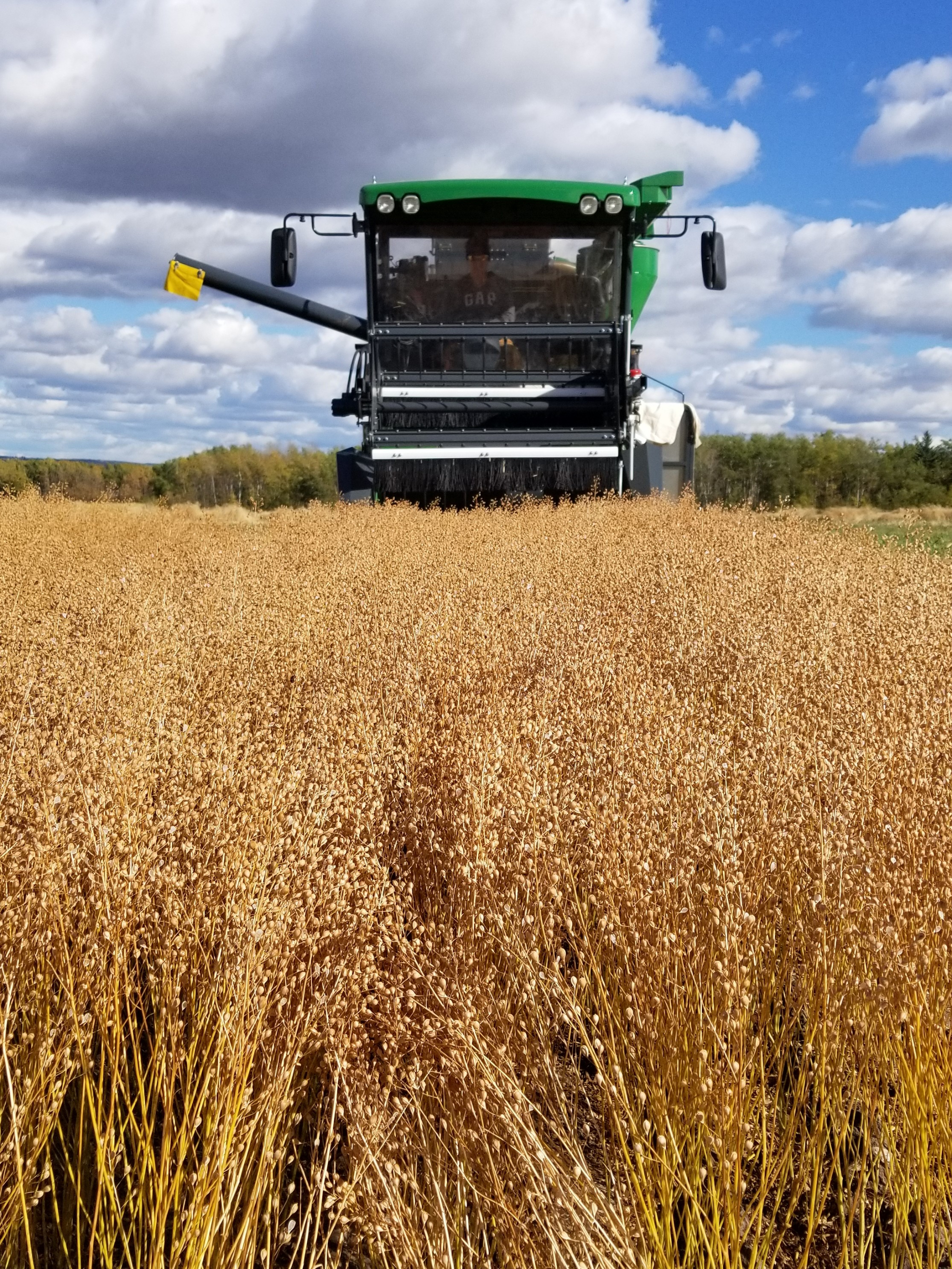 File photo of a combine in British Columbia. BC Grain Producers photo
Previous story
Next story

Kellogg Canada, the maker of packaged foods such as Pringles, Eggo waffles and Corn Flakes, says it will work with its suppliers to phase out use of a popular pesticide — a move that has left the agri-food industry craving more details.

Kellogg's told National Observer its subsidiary, Kellogg Canada, would be following in the footsteps of its parent company, which decided at the end of 2019 it would be working with suppliers to stop them from spraying the weed killer glyphosate on crops before harvest to dry them out.

The company said it would complete this “by the end of 2025" in a post on its "Open For Breakfast" blog.

Kellogg Canada will also “build an action plan with our suppliers” to phase out the pre-harvest use of glyphosate for drying, chief sustainability officer Amy Senter confirmed.

“We have reached out to key suppliers, including those who have Canadian sourcing,” she said.

Canada is a large supplier of cereal grains such as wheat and oats. That has industry group Cereals Canada, which represents both grain producers and agrochemical manufacturers, paying close attention.

“Before I would comment on what the impact would be, I would like to have a chat with Kellogg’s, to see where they’re going with this and what their intent is,” president Cam Dahl said.

More than 25 million kilograms ​​of glyphosate-based​​ pesticides are used every year in Canada to get rid of weeds, kill undergrowth in forests or clear roadways or train tracks. Tests have shown it appears in trace amounts in Canadian food, which industry has maintained represent a very low amount of exposure.

But it has come under public scrutiny in the past few years, as lawsuits alleging a link between the direct use of the weed killer and a type of cancer called non-Hodgkin's lymphoma have multiplied. One prominent case, that of Lee Johnson from California, resulted in a US$78-million award.

In November 2019, a personal-injury law firm launched a $500-million class-action lawsuit in Canada against Bayer, the owner of the company that produces Roundup, the most popular spray containing glyphosate.

Kellogg Canada says it will “build an action plan" with suppliers to phase out the use of a popular pesticide, glyphosate, to dry out crops before harvest.

Government bodies, however, continue to say the product is safe when used properly. The U.S. Environmental Protection Agency reaffirmed last Thursday glyphosate “is not a carcinogen.”

Health Canada also reaffirmed its decision in January 2019 to approve glyphosate for use, following a "thorough scientific review."

Dahl said modern farming techniques deploy glyphosate as a way to cut down on tilling, which he said allows the soil to sequester more carbon.

“I would hate to see decisions made that would impact those very large sustainability gains, as well as, of course, profitability gains,” he said.

“There have been lots of independent reviews of this product. I would hope that factors into these decisions.”

The powers that be should

The powers that be should read some worthy publications such as Mother Earth news and Harrowsmith who have been writing about no- till farming for years. You DON’T NEED Roundup to practice no-till farming !!!

Mr. Meyer above says it all.

Mr. Meyer above says it all.
Cereal Grains Mr. Dahl says:
"I would hate to see decisions made that would impact those very large sustainability gains, as well as, of course, profitability gains,” My comment! Where do we consumers get a say. The European Union certainly has reservations about Roundup. Environment Canada has read the research but still allows 1000s of untested chemicals in our food chain. So thank you Kellogg. Mother Nature can dry crops, we are too impatient. Mr. Dahl worries about profit over public opinion, so typical.

The use of cover crops helps

The use of cover crops helps take care of weeds without tilling. And if you don't use the chemicals and extra passes over the fields to apply, think of the savings! There will be a drop in yield for the first couple of years until proper soil care takes over. End results are no chemicals, healthier crops and healthier soils. (which also means more nutritious crops for us!)

If the carcinogenic nature of

If the carcinogenic nature of glyphosate remains somewhat controversial, its effect on insects and hence birds is more certain yet little discussed. That impact should be reason enough to ban its use. Ref. Francisco Sánchez-Bayo and Kris A.G. Wyckhuys, “Worldwide decline of the entomofauna: A review of its drivers,” Biological Conservation, Vol 232 April 2019 pages 8-27. See also the findings of Ottawa's Dr. Henri Goulet here: http://ofnc.ca/wp-content/uploads/2018/01/Herbicides_beetles_birds.pdf .

This is about 20 years too

This is about 20 years too late. I've been boycotting Kellogg's for a long time and I won't be jumping up and down at the thought of eating their cereal.