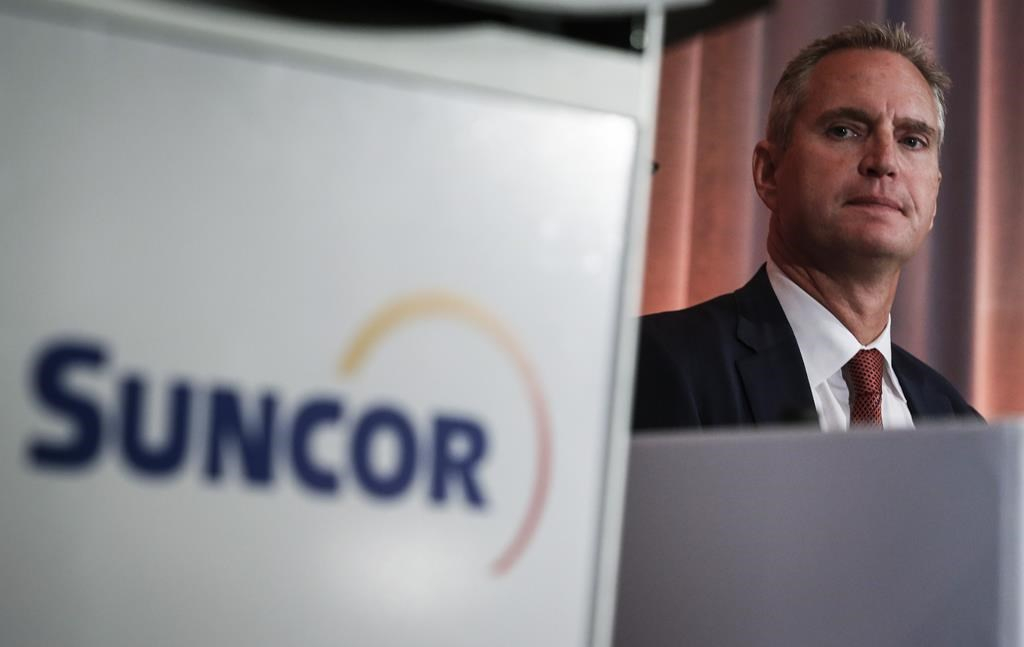 Suncor president and CEO Mark Little prepares to address the company's annual meeting in Calgary on May 2, 2019. File photo by The Canadian Press/Jeff McIntosh
Previous story
Next story

The Alberta government has approved an application by Suncor Energy Inc. to build a 40,000-barrel-per-day thermal oilsands project but construction is unlikely to start any time soon.

The province says in a news release that the Meadow Creek West project 40 kilometres south of Fort McMurray, which would use steam to produce bitumen from wells, can now apply for environmental and local development permits.

Suncor CEO Mark Little, however, said earlier this month his company plans to delay development of Meadow Creek West and the previously approved 80,000-bpd Meadow Creek East projects until 2023 at the earliest because it is focusing on lower cost expansions of its existing oilsands facilities.

The Suncor approval comes a day after a Calgary judge ordered the province to render a decision within 10 days on the 10,000-bpd Rigel thermal oilsands project proposed by privately held Prosper Petroleum Ltd.

The project received approval from the Alberta Energy Regulator in June 2018 but has not received needed cabinet approval — a delay that Justice Barbara Romaine found to be unreasonable given that an average project takes about seven months to be approved or denied.

The province has said it will appeal the 10-day deadline ruling.