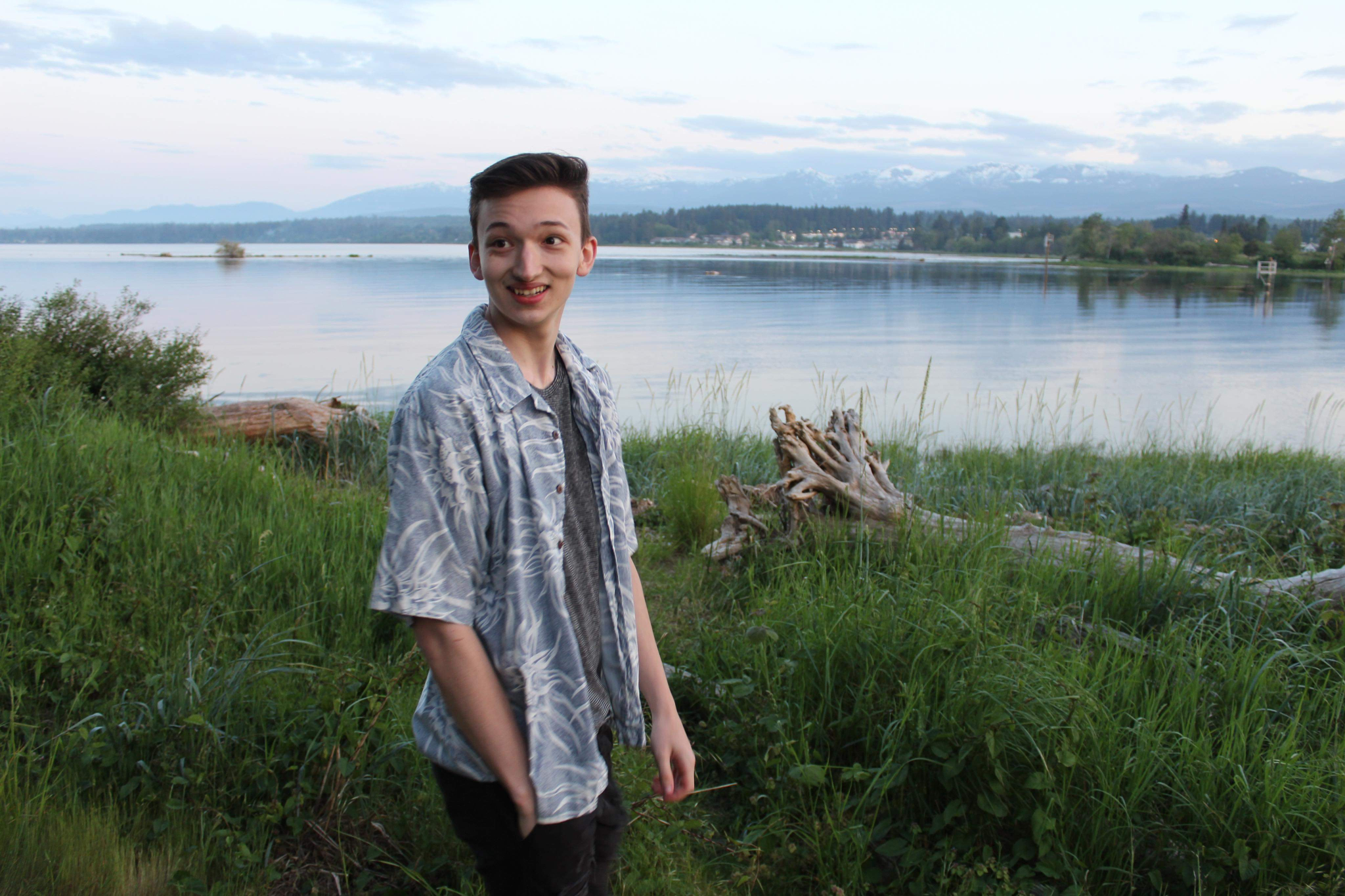 Miles Meester, 20, went missing a month ago on Cortes Island but his family and community are still scouring the woods for him. Photo courtesy of Meester family
Previous story
Next story

A post by Miles Meester’s family on the website dedicated to finding him after he vanished almost a month ago captures everything his loved ones are enduring.

“It has been 19 days since our sweet Miles disappeared wearing inadequate clothing in a confused and agitated mental state,” declares the family.

“With heavy hearts we are still searching, holding onto the chance that he is alive out there.

"This little Island has never felt so big.”

Meester, 20, was last seen on the night of Feb. 6 in Mansons Landing on Cortes Island.

Sandwiched between Vancouver Island and the mainland of B.C., Cortes is a tiny community of just over 1,000 permanent residents with the only access to the island being plane, boat or ferry from a neighbouring island.

There are few organized resources for young people in crisis, but like many small rural populations across Canada, when somebody is in trouble or pain, the entire community responds.

Meester's aunt, Jade Jordan, said her nephew was exhibiting unusual behavior, such as isolating himself in his room and saying irrational things a couple of days before he went missing.

A concerned relative tried to get him to come out of his room, an argument ensued, and Meester left the house.

His dad found him a short while later and convinced him to return home, but around 8:30 p.m. Meester left again and disappeared into the rainy night.

"With heavy hearts we are still searching, holding onto the chance that he is alive out there. This little Island has never felt so big," – family of Miles Meester, 20, who vanished on Cortes Island a month ago.

“It was hard to see it coming, Jordan said. “People want to know what’s going on with him mentally. But we still don’t know what kind of state he’s in. It’s new for us too.”

The family immediately called the RCMP based on neighbouring Quadra Island, a 45-minute ferry ride away, after Meester departed the second time.

Officers arrived that evening and the RCMP brought in a Campbell River-based search-and-rescue unit the next day.

The ensuing search lasted three days with no results.

SAR volunteers and RCMP Police Dog Services returned to the island on February 11, five days following the disappearance, after local searchers found a jacket believed to be Meester’s in a ditch along Bartholomew Road near Cortes Bay, approximately five kilometres from where he went missing.

Searchers found another piece of clothing possibly related to Meester, near the original finding, in the Manzanita Rd area. And Jordan’s hopes are buoyed by a third item of Meester’s clothing found by local volunteers Feb. 27, not far from where the first two articles were located. 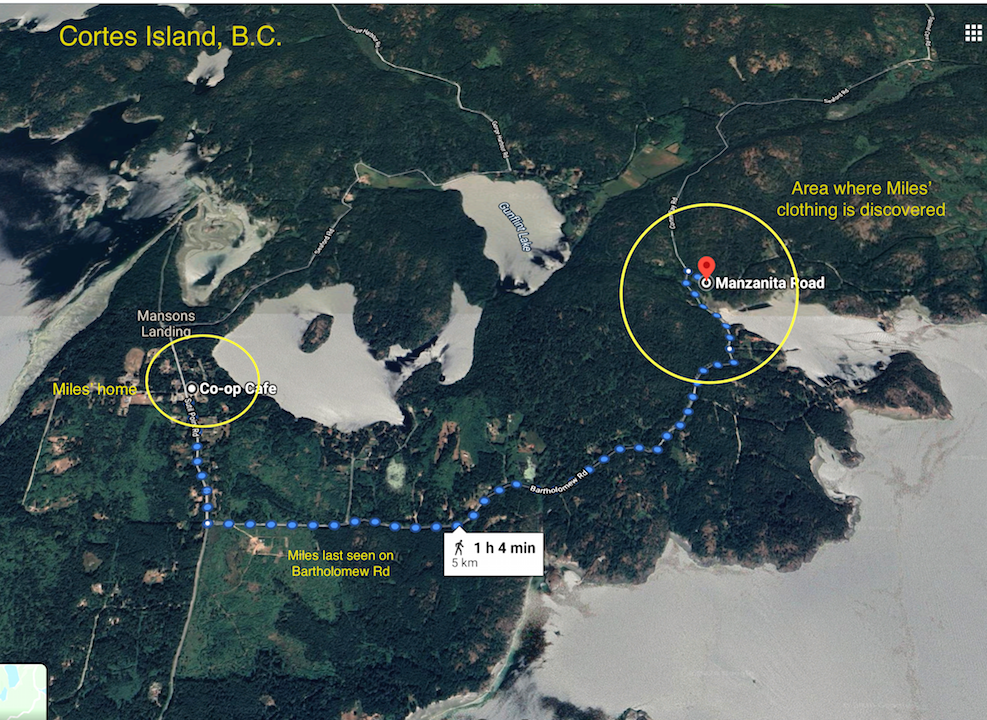 However, the official search has ended, and Jordan, her family and friends are still combing the heavily wooded island on their own.

Jordan, the family’s point person for the ongoing search, says the endeavour is the result of a Herculean effort by family, friends and the island community.

A blog provides regular updates on the search for Meester and helps organize volunteers.

A fundraising website is active to help cover the costs of bringing in specialized volunteer and dog search teams, as well as drone and aircraft flights to scour for signs of the young man in the dense wilderness.

Meal trains have been set up and daily calls still come in with offers of help, Jordan said.

“The community has nourished and sustained us when we were unable to do it ourselves.” 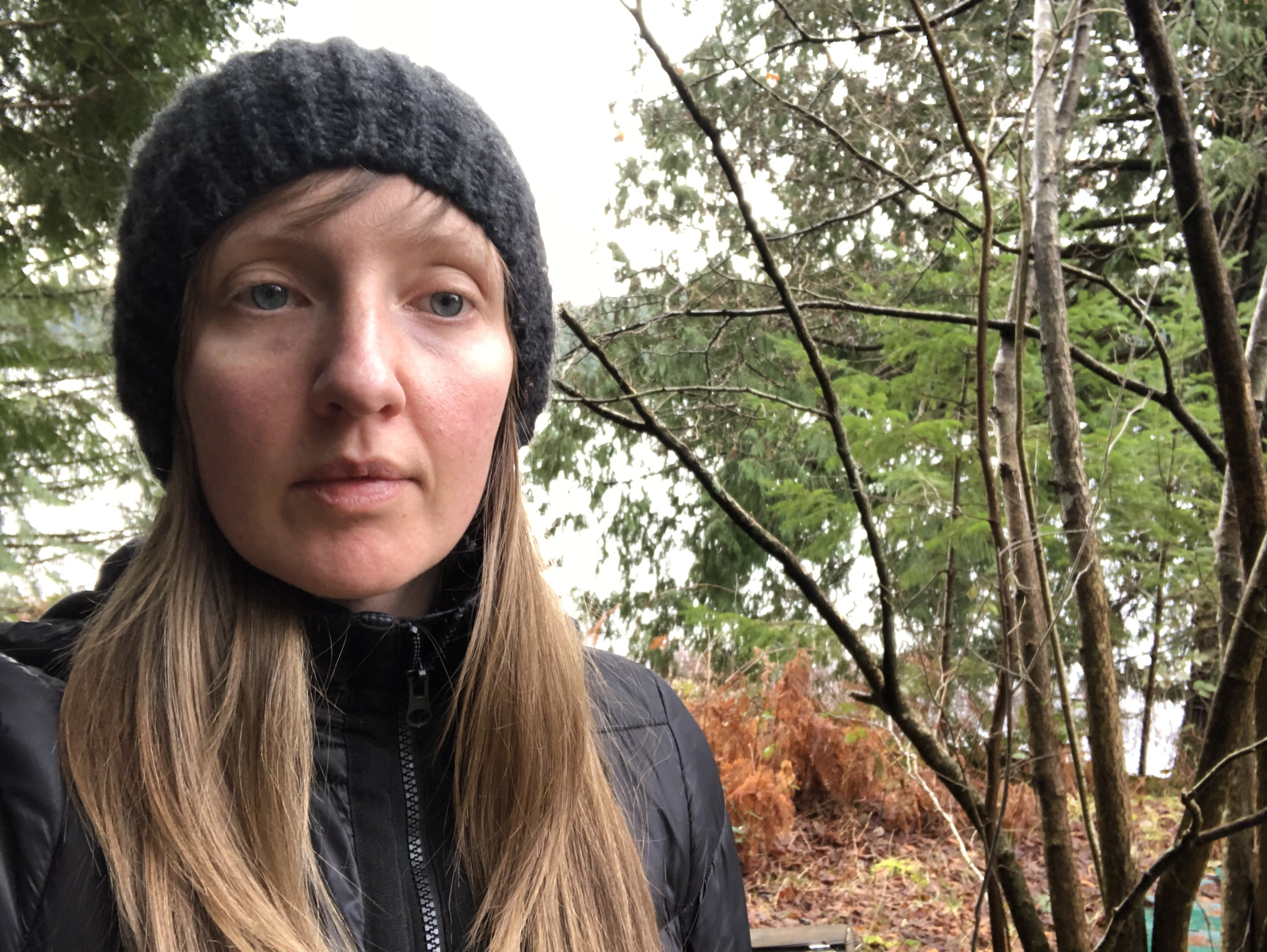 Jordan has found herself consumed by the search effort.

“I was able to snap into action and organize people," she said. "Otherwise I’d just be too sad.”

“If I’m searching for him I’m clear, but otherwise I’m just a mess.”

Jordan is convinced Meester is still on the island and needs to be found.

BC Ferries cameras have no footage of him leaving the island and RCMP have no substantial evidence to suggest otherwise.

Her nephew’s phone has not been charged, and his bank and online accounts have been inactive, she said.

Police are asking Cortes residents to check their homes, properties and outbuildings and notify police about anything unusual.

“We’re still following up on leads but tips and possible sightings have really slowed down,” said Bulford

“But at this point we’re not really any closer than we were two weeks ago.”

But Jordan is determined to find her nephew.

She’s heartened a volunteer team of specialists and dogs from Edmonton will conduct grid searches this weekend and a second team from Victoria will do the same next week.

“I’m just preparing and getting our volunteers ready to assist them” said Jordan, who struggled to express how she finds the emotional and physical energy to continue such an intensive effort.

Miles Meester is five feet 11 inches tall and weighs approximately 125 pounds. He has dark hair, brown eyes and two small birthmarks under his right eye. Anyone with information on Meester should call Quadra RCMP at 250-285-3631.

Government gets flak over B.C. Ferries