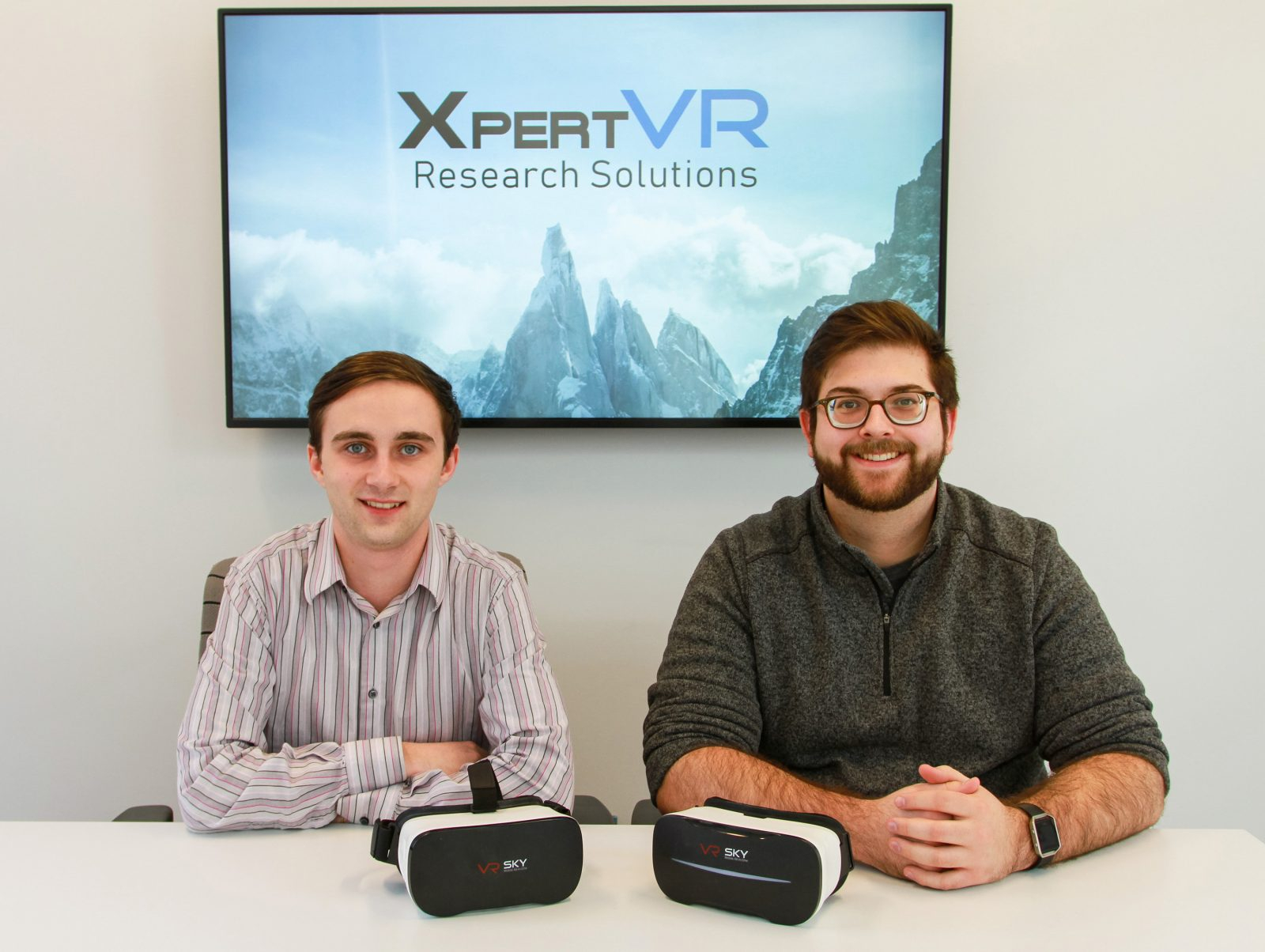 Evan Sitler and the company he co-founded a couple of years ago are getting busy quickly.

His company, XpertVR, was working with a literature professor in St. Catherines, Ont., to test out a virtual classroom when COVID-19 forced schools, colleges and universities across Canada to close their doors. But students are still supposed to be learning, so Sitler and his team are suddenly in high demand.

“There’s a lot of ideas getting thrown around and a lot of meetings that we've been having,” the 23-year-old business student said. “So yeah, it looks like we’ll be hiring some more people soon.”

Those conversations include with staff at Toronto’s Ryerson University, with whom XpertVR shares an innovation hub, as well as with a community group in the Niagara region hoping to produce VR simulations for students studying trades.

Evan Sitler talks about how interest in his company's virtual classroom have spiked since COVID-19 closed schools.

XpertVR is now fielding around 40 emails a day from universities and others interested in applying the virtual classroom technology to their suddenly closed-in operations. Sitler says his young company’s ability to help them is mostly limited by how quickly funding can be secured.

(While prices for headsets have been falling in recent years, a decent one still costs about $500, while training modules for trades cost tens of thousands of dollars each to produce.)

“Right now, there are so many opportunities, and we’re waiting to see which ones come through,” he said on a video conference call from the house near Brock University that he shares with XpertVR co-founder Drew MacNeil and four other roommates. “It’s really ramping up.”

“Now that this is becoming the new normal, everybody is saying ‘OK, what opportunities can we approach right now, and what can we start building, so we can continue working as normal.'”

“Right now, there are so many opportunities, and we’re waiting to see which ones come through,” @EvanSitler tells @5thEstate, about the spike in interest in his young company's virtual reality classroom during the COVID-19 pandemic.

Sitler is graduating into an incredibly uncertain job market, but he and MacNeil, who graduated last year, have three graduating students on the books plus two co-op students and an intern, and they plan to hire more.

Sitler says it would typically take the existing team between one and three months to deliver a tailored project, but they could get a lot more done in a month with more hands on deck.

“Depending on which ones come through, we’re going to need a lot of 3D artists and a lot of developers,” he added.

He plans to make use of the federal government’s summer jobs program, which Ottawa retooled last week to offer full minimum wage subsidy to businesses providing essential services. Many of the summer jobs the program typically supports either no longer exist or have been significantly altered.

The XpertVR team can point to a lo-fi version of what their technology can do in the form of Martin Danahay and his ‘life writing’ English literature class at Brock University in St. Catherines. Danahay received a three-year grant worth $15,000 in 2018 to test VR.

For the past few months, Danahay has been running five of his 20 students through a virtual class to discuss their real-world assignments. Those in the online 3D world raise their hand to make a point during discussions, draw on whiteboards at the front or even where they sit, share resources, chat. Sometimes they switch their avatar, appearing as a block of butter or a chili pepper.

“There’s a greater sense of presence, even though it is an avatar, a greater sense of another person’s presence,” he said in a phone interview from Buffalo, New York, on the difference between the VR experience and the group video calls that have otherwise proliferated.

Since the COVID-19 outbreak, he’s been talking to colleagues in applied disability studies who are hoping to secure funding to use virtual reality as a therapeutic response to social isolation.

And he thinks the academic applications could go much farther.

“For some people in the sciences, for instance, who are struggling with how to keep teaching, 3D environments offer a solution in that they can manipulate 3D objects,” he said, noting his specifications were far below what the VR company was capable of delivering.

“Presumably they’ll be able to dissect a 3D whatever,” he said with a laugh. “I’m in humanities, so I’m just interested in communication, but for other disciplines it will allow them to, in some ways, replicate what they do in other environments, I believe.”

How fast can funds grow?

Sitler is also working with Community Crew, a community group formed in 2013, which has been upping its delivery of lunches to schoolchildren in the Niagara region since the pandemic hit. The group, which was planning to open a community centre this summer, has big plans to help older students get into the working trades.

Community Crew is applying for grants to provide VR headsets that can be loaned out to students who’ve lost co-op positions or internships for plumbing, carpentry, electrical and other trades. Such grants would also need to cover the cost of getting learning materials into the virtual space. A module on how to install a water heater, for example, would cost between $40,000 and $60,000 to develop, Sitler said.

Sitler hopes that students that Community Crew is helping “can now get this experience at home in VR, so either they can start doing work right now, once they have the training, or once COVID is over they already have all the knowledge they need to walk right into the job.”

The next step on VR’s path toward the mainstream would be when it gets accredited at the same level of in-person training, something Sitler is hopeful for.

Both Danahay and Sitler, while far from cheering the COVID-19 calamity that has disrupted so much of daily life, said the crisis was an opportunity for virtual reality to make a splash.

“It is a time in which suddenly we’re going to jump start and accelerate the acceptance and the use of some of these media,” Danahay said. “The need to communicate at a distance has suddenly become crucial.”

For Sitler, it's show time.

“There’s been a lot of people questioning virtual reality over the past couple of years,” he said. “It’s kinda like this is the perfect opportunity to show people what virtual reality can do.”