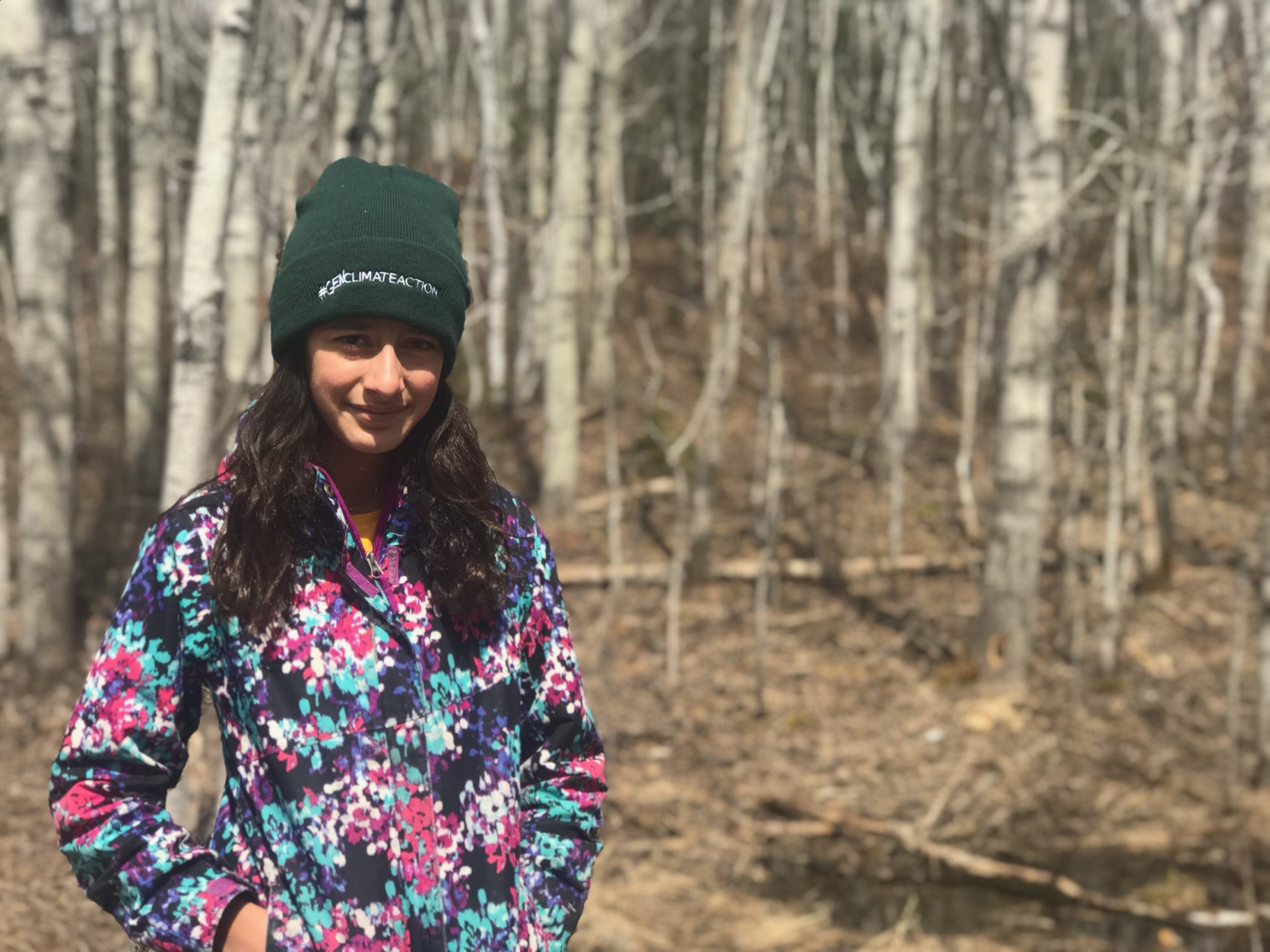 Sophia Mathur is seen outside her home in Sudbury on April 16, 2020. Photo by Catherine Orlando
Previous story
Next story

The Doug Ford government wants to deny a group of seven young climate activists their day in court.

The provincial government’s attorney general, Doug Downey, filed a motion asking an Ontario court to dismiss the young people’s case challenging its environmental policy on Wednesday, arguing that it would be impossible to prove the allegations of harm.

The seven youth — backed by environmental law charity Ecojustice and law firm Stockwoods LLP — filed their claim last November, arguing that Ford’s decision to rip up the province’s cap-and-trade program and weaken its 2030 GHG reduction target violated their right (and that of future generations) to a stable climate system and sustainable future.

“The allegations of harms attributed to Ontario’s actions are manifestly incapable of being proven,” the government wrote in the filing, dated April 15.

It adds: “The relief sought is vague, judicially unmanageable and unbounded in scope, particularly to the extent that it seeks declarations and orders in relation to a “stable climate system”, a “sustainable future”, and “science-based” targets for the reduction of greenhouse gas emission reductions.”

That did not sit well with one of the seven young plaintiffs.

“We’re not being vague, we’re telling them we need to take action and being pretty specific,” 13-year-old Sophia Mathur said in a phone interview.

“It feels like the government is not listening to us,” she said. “We want action.”

The young people’s claim wanted the Ontario Superior Court of Justice to order the government to revise it much-maligned environmental plan to hit a science-based target considered necessary to avert the worst effects of climate change.

The province's auditor-general said in December that the Ford government's threadbare climate and environment policies were insufficient to meet Ontario’s 2030 emission reduction targets and riddled with errors and omissions.

“It feels like the government is not listening to us,” says @sophiamathur, one of the young plaintiffs in a climate action case Ontario's Ford government wants dismissed. “We want action.”

Ford scrapped the cap and trade program, which was raising almost $2 billion a year, within days of forming government in 2018.

It then dismantled the broader climate action plan it funded, including incentives for Ontario residents to buy electric vehicles, rebates for energy-efficient building renovations, and support for clean technology business accelerators.

“I’m pretty sure he knows he’s not taking enough action on the climate crisis,” Mathur said about Ford. “Seeing people telling him that he’s not doing enough is scaring him.”

The hearing on the motion is set for July 13.

I recall the infamous comment fropm Coli Thacher: "If anybody asks you about it, it's deny, deny, deny."
Doug Downey seems to be using the same playbook. So very sad.