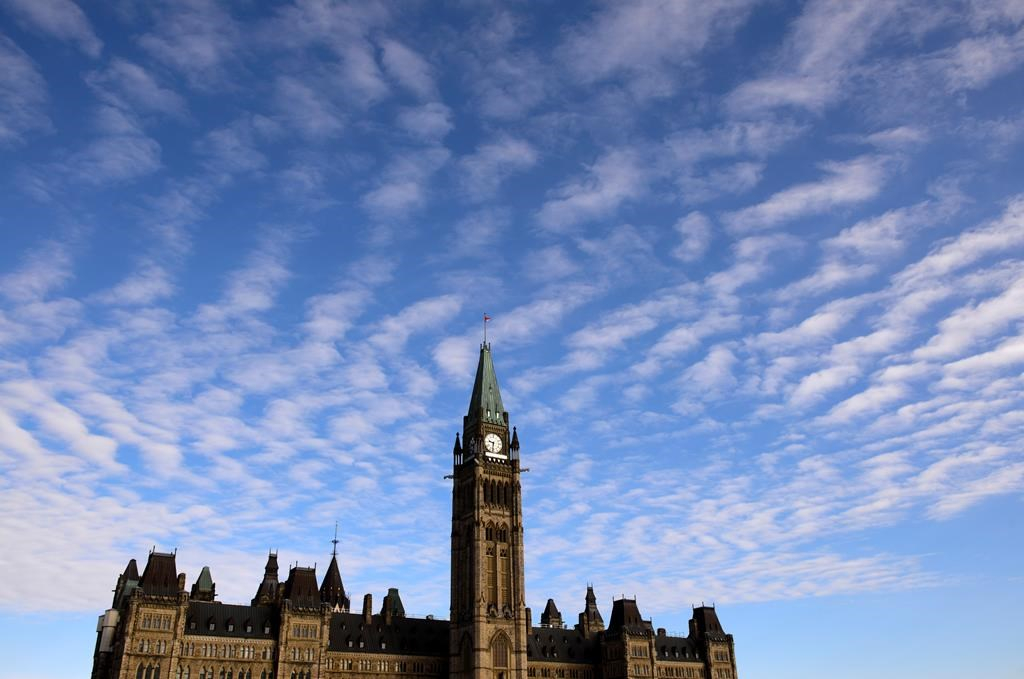 The Parliament buildings are seen in Ottawa, on March 11, 2020. File photo by The Canadian Press/Sean Kilpatrick
Previous story
Next story

The emergency measure will cover 75 per cent of wages for employers that have seen sharp declines in revenue since the novel coronavirus pandemic hit Canada hard last month, up to $847 per worker, per week.

Payment can be retroactive to the middle of March, and end in early June — about one month after the first payments start flowing May 7.

Survey results released Monday morning by the Canadian Federation of Independent Business, which represents thousands of small businesses in the country, suggest half will apply for the wage subsidy.

"It will help businesses pull back employees onto their payrolls, but I think it's a bit of a fantasy to believe that many businesses are going to do that before they're allowed to get back to business," he said.

A number of high-profile Canadian companies, such as Air Canada, have said they will rehire furloughed workers because of federal aid. More large employers in Canada are expected to do the same, said Brian Kingston, vice-president of international and fiscal issues at the Business Council of Canada.

Keeping workers on payrolls should position companies well for when economic activity restarts, and help an overall recovery, Kingston said.

"We're hoping that if this (reopening) is phased correctly, you can start to see an economic recovery ... that will allow the government to phase out some of the support programs," he said, noting how important it will be for health officials to get a hold on the pandemic as a first step.

The wage subsidy program makes up half the roughly $145 billion in federal spending on COVID-19 countermeasures, and will cause a ripple of changes for the millions of workers who have either lost their jobs or had their hours slashed due to the crisis.

Federal officials have been unable to say how many workers receiving the Canada Emergency Response Benefit may be rehired through the wage subsidy, as they too look to see how the programs interact in real time.

Workers can't receive financial help from both programs at the same time. That means some people may have to pay back whatever they received through the $2,000-a-month CERB if the wage subsidy covers any of the same time period.

CERB recipients have to reapply for the program every four weeks, and some may have done so already, or plan to do so in the coming days without knowing if they're going to be hired back under the wage subsidy.

"That's just one example of the type of complexity that will need to be reconciled at the end of the year," said Peter Tzanetakis, president of the Canadian Payroll Association.

Trudeau acknowledged during his regular appearance Monday that the situation those workers find themselves is complex, and suggested they put money aside to repay the government over any inadvertent double-dipping.

"These are two different measures that aim to do the same sorts of things — make sure families and workers are able to make it through this time, while doing the right thing to keep themselves safe and make sure our economy comes back strong," he said outside his Ottawa residence.

"But it is one or the other. Because of the uncertainty, because of the application process, it is possible people will have received both the CERB and the wage subsidy. In that case, they will have to, over the course of the coming months, pay one of them back."

So far, the CERB has paid out $24.25 billion in taxable benefits to 7.28 million unique applicants for the $35-billion program, based on the latest federal figures.

An analysis published Monday by the C.D. Howe Institute suggested the CERB is more lucrative to workers earning less than $37,569, while the wage subsidy would help those earning more. It's why the think tank recommended a planned wind-down of the CERB to tackle disincentives to work.