By Michael Bramadat-Willcock | News, La Ronge, Saskatchewan | May 26th 2020
#637 of 1611 articles from the Special Report: Coronavirus in Canada 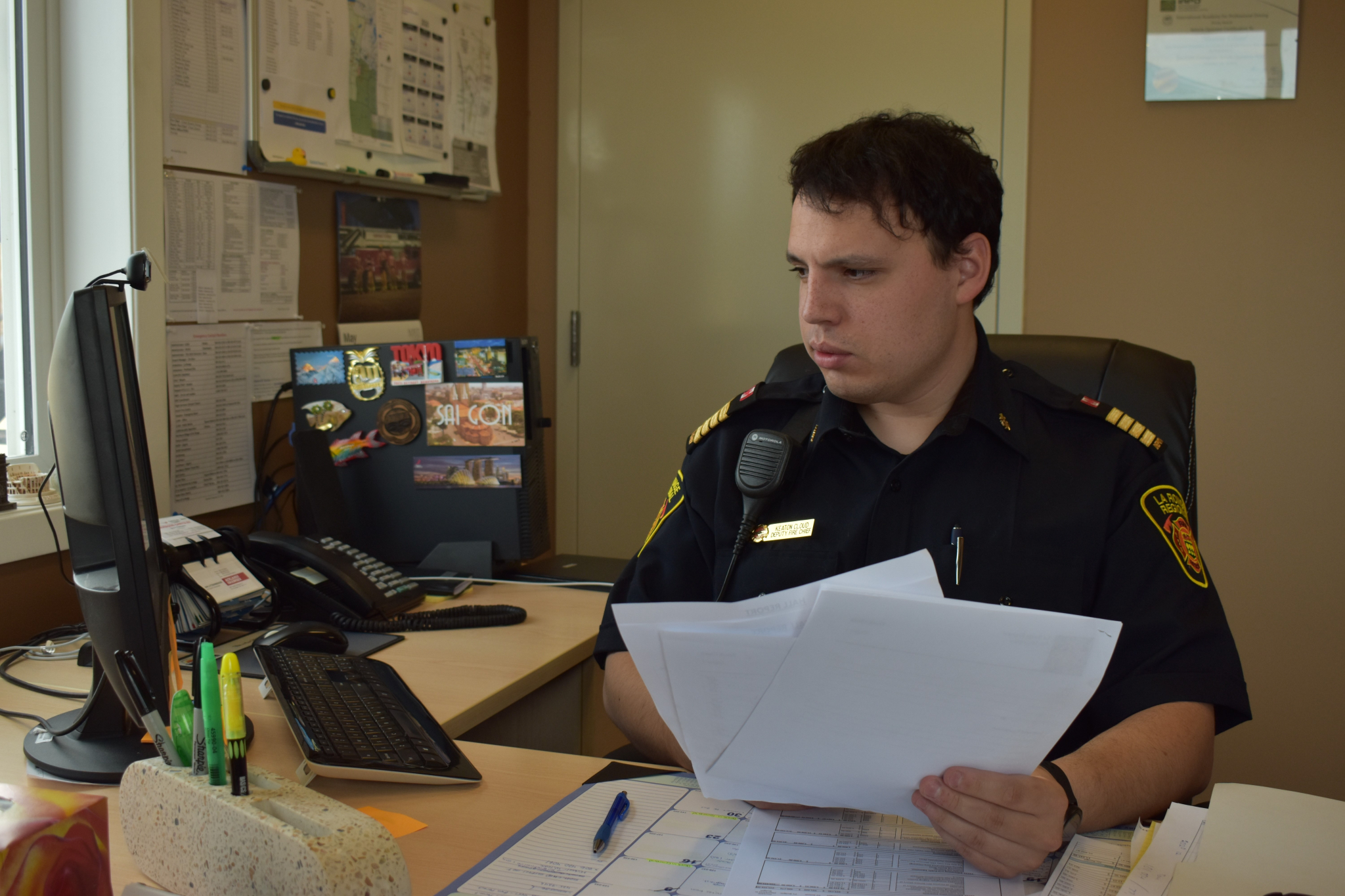 Forecasts are predicting a harsher than average fire season for Saskatchewan this year, as the province begins to reopen amid the ongoing COVID-19 pandemic.

“From Manitoba all the way to B.C., we’re going to be well above average. It doesn't look too good, and that goes straight up until September." ​​​

​​​Cloud said that although fires are currently below average in Saskatchewan, Natural Resources Canada projections show a dry year with high likelihood of forest fires until September.

“Right now we’re below our normal call volume this year, but with this fire season, I expect it to go up,” Cloud said.

There could be a silver lining to firefighting during COVID-19. Cloud said that social distancing measures put in place because of the pandemic could mean fewer man-made fires this season.

“Normally, May is our busiest month for the call volume, but this May’s been a bit slow and I’m wondering if that’s because of the whole COVID-19 situation,” Cloud said.

“I think it will help things slightly just because people are taking precautions and staying inside. They’re not really going out as much, so there’s fewer chances of someone flicking their smoke on the boardwalk or something like that,” Cloud said.

“If there’s a fire, their first priority is to the fire, so that’s a situation that might leave some of these communities having to find other resources to take over,” Kelly Kwan, president of the Local Métis 40 in Turnor Lake.

There has been a slight increase in brush and grass fires in the La Ronge area, which Cloud said is normal. A vacant residential building caught fire in Air Ronge on Sunday morning with no reported injuries.

“It’s supposed to be a pretty dry year, but we’ve lived through this before for many years and our people are pretty knowledgeable about how to prevent and stop fires,” Kelly Kwan, president of the Local Métis 40 in Turnor Lake, told National Observer.

Leadership at the Northwest Incident Command Centre, a grassroots group that is responsible for coordinating COVID-19 response and co-operation between communities in the northwest, are worried about the pandemic impacting fire response operations.

Kwan echoed Laliberte’s concerns. He said that while fire is not the top concern in Turnor Lake right now, the situation with COVID-19 could impact fire response in other northwest communities because of the lack of resources.

“I think it definitely could (impact fire response) because some of our communities ... have talked about using fire suppression (personnel to man their checkpoints) because of the lack of resources,” Kwan said.

He said that fire personnel currently helping out with checkpoints, security and other community safety planning for COVID-19 would have to leave to fight the flames.

“If there’s a fire, their first priority is to the fire, so that’s a situation that might leave some of these communities having to find other resources to take over,” Kwan said.

He said that the community of Turnor Lake is still more worried about COVID-19 than fires, though.

“A few years ago we got evacuated out of here because of the fire and certain measures were put in place to get more training for our fire suppression crews and setting up fire guards and having an evacuation plan ready so those things are in place now,” Kwan said.

The English fire in the Fort à la Corne provincial forest northeast of Prince Albert, grew to roughly the size of Saskatoon last week, with travel warnings for the surrounding area, before it was brought under control.

As of Tuesday, English is the only active fire remaining in the province, according to the Government of Saskatchewan’s wildfire management branch.

There have been 51 fires in the province so far this year, compared to the five-year average of 149 by this point in the year.

Steve Roberts, acting vice-president of operations for the Saskatchewan Public Safety Agency (SPSA) doesn't have as dire an outlook on fire season as Keaton Cloud. He said he's expecting this year’s fire season will likely be average or above average but that these predictions have not been reflected on the ground so far.

“We are anticipating that we will have an average to slightly above average fire season with the weather models, but so far we haven't seen that in actual fire occurrence,” Roberts told National Observer in a teleconference with reporters last Wednesday.

He said the COVID-19 situation meant enacting some new safety measures for firefighters, but that has not impacted the ability to respond yet.

"Our agency pro-actively put measures in place to ensure that our response crews and people working in this type of situation are going to meet the (COVID-19) requirements,” Roberts said.

“For instance if they have to travel by helicopter where proximity is less than six feet they’ll have to be wearing masks. We do self-monitoring with all of our crews.”

Anybody who arrives on location as a contractor has to complete a questionnaire on their potential to have the virus before they’re allowed on the site.

“Those protocols were already established before the fire season and so far we haven't seen any impacts to our actual delivery because of these COVID measures,” Roberts said.

The La Ronge fire chief said, as with every season, to be smart about handling fire. ​​

“Make sure that you’re putting your fires out properly. You're not leaving them unattended. Get burn permits if you plan on doing something large. Obviously no fireworks are allowed in the tri-community. Just be fire smart and if you do it safely, you’ll be good to go for the summer,” Cloud said.