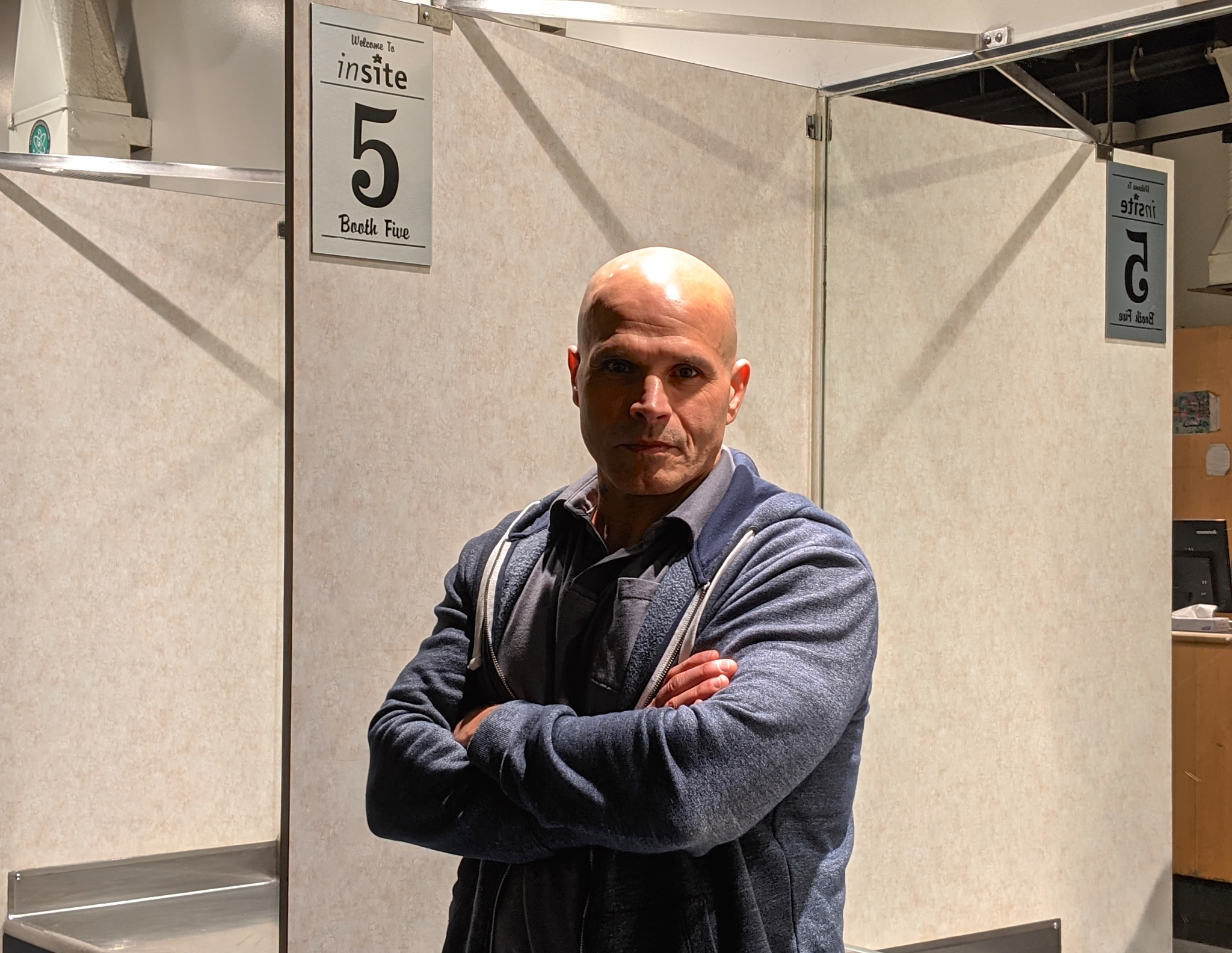 Guy Felicella, peer clinical adviser with the BC Centre on Substance Use, says a more widespread and varied safe drug supply paired with decriminalization will save lives. Photo: courtesy Guy Felicella.
Previous story
Next story

British Columbia's health officer fought back tears as she addressed the province’s deadliest month ever for illicit drug overdoses at a COVID-19 briefing Thursday.

In May, 170 people died from overdoses, as the supply of street drugs continues to be increasingly toxic, the coroner’s office reported.

B.C. has recorded a total of 554 fatalities from illicit drugs in 2020 so far, and more than 100 deaths in each of the past three months.

“I cannot express how difficult this news has been to hear,” Dr. Bonnie Henry said, distressed, and adding that the province’s resources are stretched to the limit trying to address B.C.’s dual health emergencies.

“My thoughts and condolences go out to family and friends who have lost their loved ones, and I share your grief.”

Vancouver Island in particular suffered a serious spike in fatalities, recording 38 deaths across the health authority — 21 of them in Victoria alone — for a total of 98 deaths to date this year.

The Island Health authority surpassed its prior deadliest months recorded by 36 per cent ⁠— previous monthly highs were in 2018 with 28 deaths in January and March.

“It’s just completely heartbreaking and unacceptable,” Guy Felicella, peer clinical adviser with the BC Centre on Substance Use, after the province suffers 170 fatal illicit drug overdoses in the month of May.

B.C.’s overdose crisis, into its fifth year as a declared public health emergency, saw more fatalities in the month of May than the 168 confirmed deaths COVID-19 has caused in the province to date.

“This is the often forgotten public health emergency,” Felicella said.

“The two public health emergencies aren’t addressed the same and, unfortunately, neither are people’s lives.”

Street drugs are increasingly contaminated and though B.C. has implemented a series of harm reduction strategies, more has to be done to improve access to safe, prescribed drugs, he said.

“The missing component in all of this is establishing widespread safe supply programs throughout the province, especially in Victoria,” Felicella said.

There needs to be a wider range of drugs prescribed to better individualize safe supply treatment for users, he said.

People using illicit drugs take a wide range of substances and some are now accustomed to using fentanyl, which is safely prescribed in hospitals, he said.

“It’s kind of like the situation where you wouldn’t give baby aspirin to someone suffering from a migraine,” Felicella said.

Of the people who died, 85 per cent were found inside their homes or a residence.

Dr. Henry stressed the danger of people using alone, noting the distancing measures people were using to stay safe from COVID-19 might be aggravating the isolation drug users experience.

“We know that using alone right now is exceedingly deadly.”

She urged family, friends and co-workers to reach out to people they know might be using drugs, and urged those who do use to seek help.

Drug testing, using with a buddy, accessing safe supply and using overdose prevention sites are all effective ways to reduce risk, she said.

“(There is) no one, single cause or magic bullet that will solve the crisis,” Henry said.

In a targeted effort to save people from dying while using alone at home, B.C. launched the Lifeguard app province-wide May 21.

The free app, downloadable to any cellphone from the App Store or Google Play, prompts users to check in 50 seconds after dosing, Neil Lilley, senior provincial executive director of BC Emergency Health Service, said on Friday.

If people don’t check in on the phone, emergency responders are dispatched to the person’s location to prevent an overdose, Lilley said, describing the app as a virtual buddy system.

“The vast majority of deaths … are from people using alone, and unfortunately, that’s because there’s nobody there to call 911 for them,” he said.

When paramedics do get called out for an overdose, there is a successful outcome 99 per cent the time, Lilley said.

“So, if we can get called to those overdoses (with the app), we have a high chance of patients surviving.”

To date, the Lifeguard app has been downloaded by 497 people and been used 1,012 times.

The personal data of anyone using the app is completely anonymous and only used to dispatch first responders to the GPS location, he added.

Given the contamination of street drugs, people are encouraged to use the app if they are using alone, even if they don’t believe they are using fentanyl, he stressed.

It’s expected most of the app's users will be based in cities, but the overdose problem exists all over the province ⁠— in small, rural communities, too, Lilley said.

As long as a person can get cell service or Wi-Fi, the app will alert 911 dispatch services in an overdose emergency, he said.

“It’s all about getting the word out there,” he said.

“We want to get it out to every little corner of the province, every single nook and cranny of B.C.”

The Lifeguard app saved its first life after it dispatched emergency responders to an overdose on May 31, Lilley said.

It is a great concept and could save lives if people are using alone, Guy Felicella said.

“I do know it’s gaining a lot of traction with youth, which is a good sign,” said the peer clinical advisor.

But some will still avoid the app because of stigma and because they are wary due to the criminalization of drug use, he said.

“Part of the concern is people will wake up and see police in their house."

BC Emergency Health Service's Neil Lilley says there is no cause for concern because police officers only attend overdose calls in cases of overt danger.

“It’s a message we’ve been trying to get out to everybody for a few years now,” he said.

“Any overdose call that comes (in), we don’t share that information with police, we send out paramedics and as long as the scene is safe … only paramedics enter.”

“People don’t have to have concerns about using the app and (being tied to) criminal activity in any way.”

The drug overdose crisis was complex, challenging and rooted in pain, she said.

“We must eliminate the stigma and shame that leads people to be afraid to reach out,” she said.

“I have called for this before. We must look for alternatives to the criminal justice system to support people in getting the help they need.”