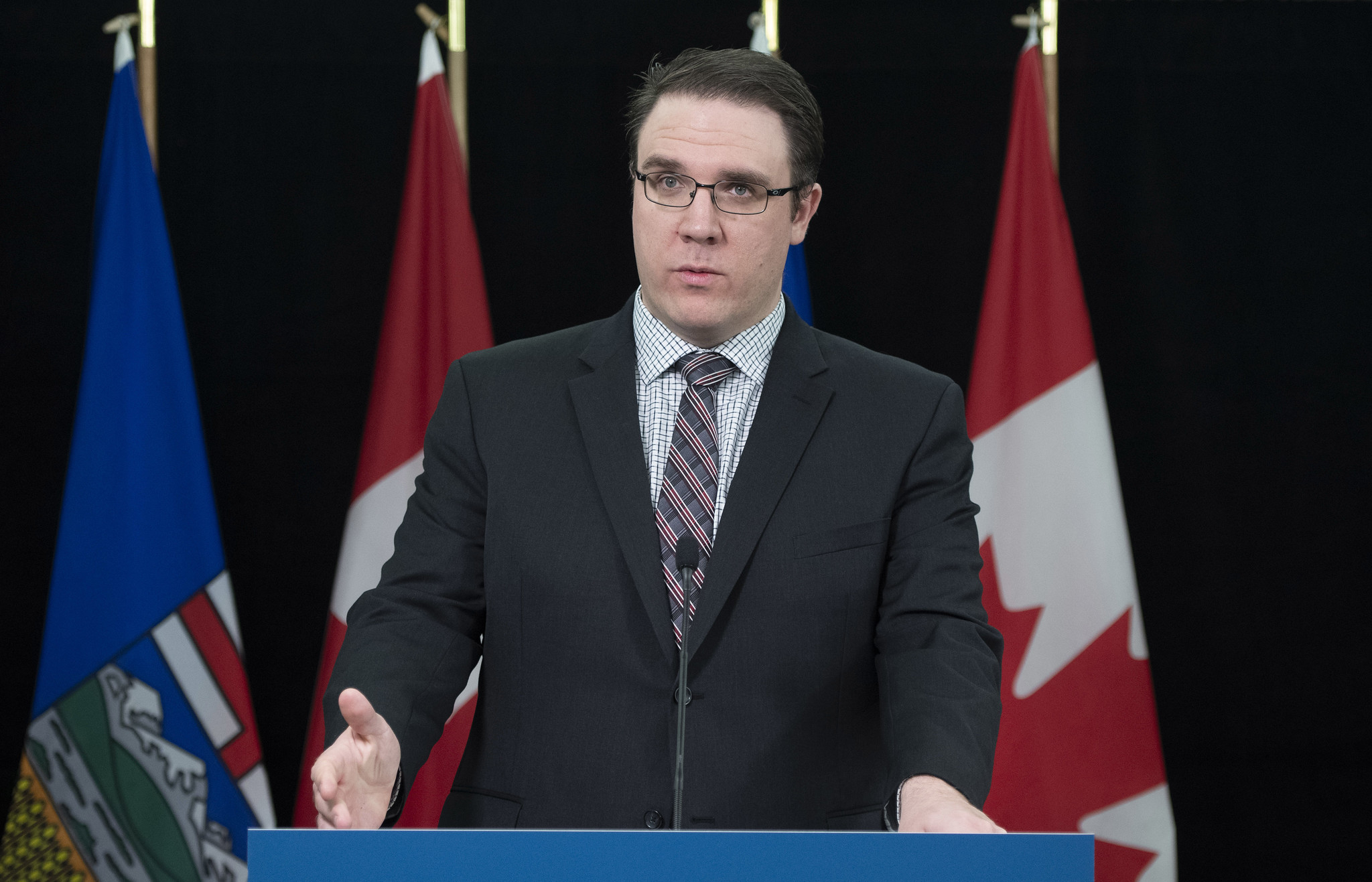 Alberta Environment Minister Jason Nixon speaks to reporters in Edmonton on April 24, 2020. The government has proposed a bill to change how minerals are defined following a key court decision. Photo from Alberta Newsroom/Flickr
Previous story
Next story

The Alberta government is proposing to change its definition of a mineral after a court decision threw a stumbling block in the way of 500 sand extraction projects.

Since 2004, Alberta has regulated sand projects as pits, freeing them from environmental assessment requirements placed on quarries. But the rules as they’re currently written contain discrepancies that mean the government should be conducting the assessments, the Alberta Court of Appeal ruled on May 6.

With a bill introduced Tuesday, the government said it aims to simplify the requirements and remove the newfound need for environmental assessments.

“This bill will provide clarity and consistency for job creators in the sand and gravel industry while still maintaining stringent environmental protection regulations,” Alberta Environment Minister Jason Nixon said in a statement Tuesday.

“Job creators should not need interpreters to understand legislation and regulatory laws.”

The difference between a pit and a quarry is subtle — both are holes in the ground where companies extract material. But according to Alberta’s definition, a pit involves only the removal of surface material like sand or gravel, while a quarry involves digging much deeper and poses higher levels of risk to the environment.

For the past 16 years, Alberta has been treating sand operations as pits, which don’t need environmental impact assessments. But the Court of Appeal found that sand is technically classified as a mineral, a distinction that means the projects are actually quarries and require more oversight.

That meant the companies behind 500 proposed sand projects, which they applied for as pits, would have to conduct unexpected environmental impact assessments — a logistical and financial headache that wouldn’t actually provide more environmental protection, the United Conservative government said in a statement.

In response, the government proposed a bill Tuesday to redefine minerals to exclude sand. The proposed legislation, Bill 31, would also remove references to silica sand from the Public Lands Act, which the government said would remove duplication.

Jason Unger, the executive director of the non-profit Alberta Environmental Law Centre, said the decision isn’t surprising, as the change would solidify the way the province has been operating for a long time. But it’s worth questioning how citizens can weigh in on concerns about sand projects when the government doesn’t require an environmental assessment, Unger added.

Is sand a mineral? An Alberta court decision recently found it is, a distinction that means hundreds of projects suddenly require an environmental assessment. Now, the province is proposing to redefine 'minerals' to simplify requirements. #ableg

“(These pits) can be contentious,” he said. “They have a variety of impacts, whether on water, roads, noise, dust, other things like that.”

The Court of Appeal ruling was about Big Molly, a frac sand extraction project owned by Wayfinder Corp., northwest of Edmonton. Frac sand is a type of silica sand that’s used for hydraulic fracturing, or fracking.

The province originally found that Big Molly didn’t need an environmental assessment, as it was a sand pit. Armin Alexis, a member of the nearby Alexis Nakota Sioux First Nation, filed an application for a judge to review that decision.

Though a lower court sided with the province, the Court of Appeal quashed the government’s decision, meaning Big Molly would require the assessment.

But if passed, the proposed change would take away that requirement.

Attempts to reach Alexis were unsuccessful.

In a background briefing for reporters, Alberta officials said they had not consulted with the Alexis Nakota Sioux First Nation before writing the bill. The nation didn’t respond to a request for comment.

Well the first hint of sanity

Well the first hint of sanity from Alberta Courts on the vexed issue of the rapacious "extraction" sector that is leaving Alberta looking like Mordor or some other dystopian fantasy. How the citizens of Alberta can put up with this reckless, relentless despoliation of their landscape, their environmnt is an enduring mystery. Are they so accustomed to raising their eyes to the distant montains and ignoring the mess that lies between them and that vista?
IN Alberta "landscaping" is not some gentle offshoot of gardening - it is a smoking, horror full of toxic pits, lagoons and unholy poisonous emissions.