Coastal residents lose right to board before tourists on BC Ferries 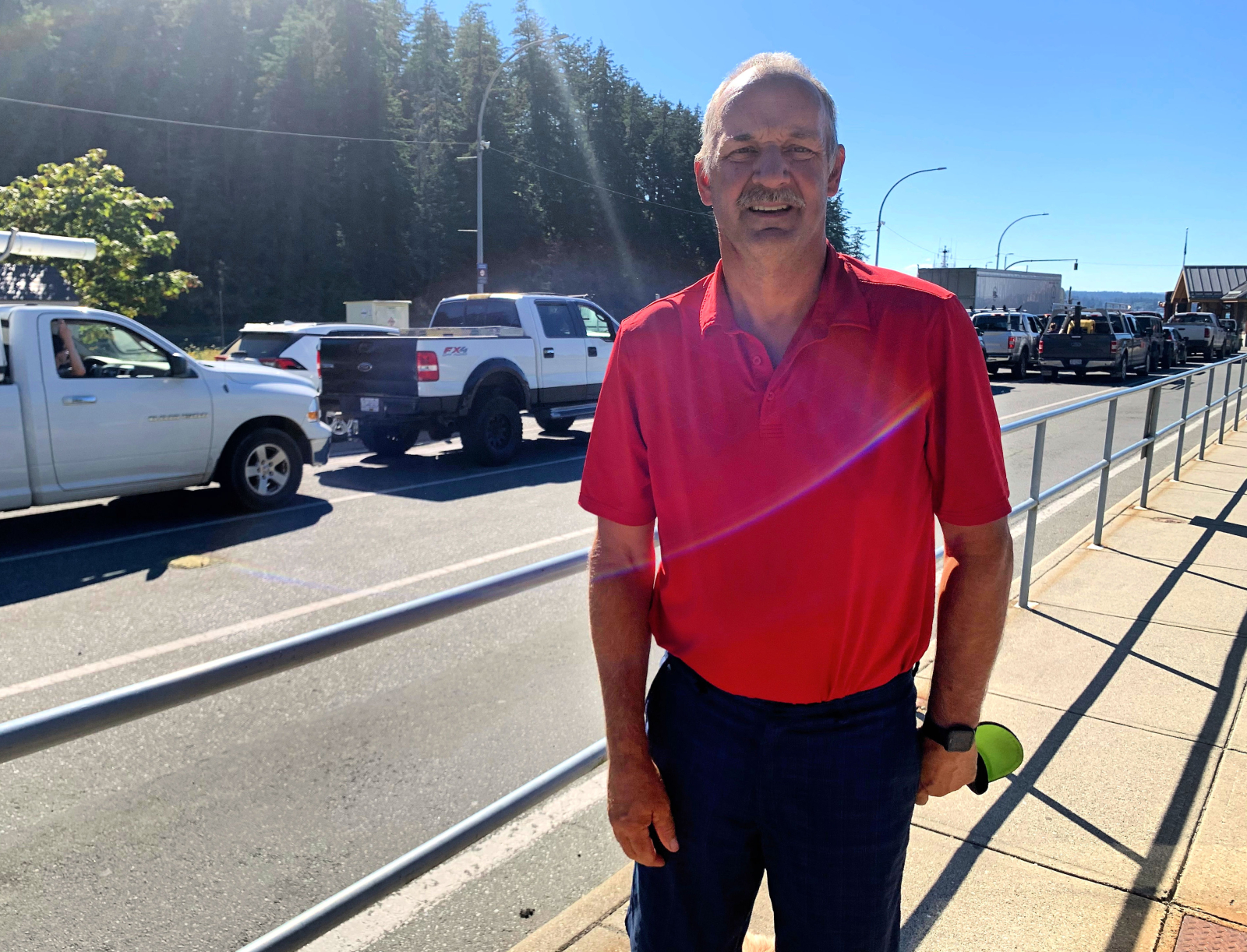 Quadra Islander Ken Binnersley is disappointed that preferred boarding for residents on BC Ferries is rescinded. Photo: Rochelle Baker
Previous story
Next story

Residents of coastal communities will no longer get to board BC Ferries before tourists during the crowded summer season.

On Thursday — just prior to the upcoming long weekend — the B.C. government rescinded a temporary COVID-19 emergency measure granting priority to passengers sailing to their primary residence.

Long, hot sailing waits returned to the Discovery Islands after the province relaxed guidelines on non-essential travel as part of its COVID-19 reopening plan in June. Although the ministerial order allowing preferred boarding has been in place since March, it’s only in the last week or so that Quadra and Cortes Island residents were offered the service.

Quadra resident Ken Binnersley got preferred boarding coming home twice in the past week after ferrying his sick dog back and forth to the vet in Campbell River.

He’s dismayed the measure is disappearing again so quickly.

“It’s like having a carrot dangled in front of you and then it being yanked away,” he said.

“I’m just disappointed. I’ve always though people on Quadra should get some sort of priority over the hordes of tourists in the summer. Even if it’s just a few sailings a week, so you can schedule your town trips.”

For ferry-dependent communities such as Quadra and Cortes, located off Vancouver Island's northeast coast — and many other B.C. coastal communities— ferries are a lifeline to work, school or medical appointments.

“It’s like having a carrot dangled in front of you and then it being yanked away,” Quadra Islander Ken Binnersley on residents losing preferred boarding on BC Ferries after province amends Covid-19 emergency order.

That often translates into two-hour waits at each terminal for folks having to make the 20-minute crossing to Campbell River for essential goods or medical appointments.

For neighbouring Cortes Island residents, negotiating a two-ferry journey, the waits are even longer.

The original intent of the resident priority boarding measure was to address the significant drop in sailings on certain BC Ferries routes at the beginning of the pandemic, said Transportation Minister and local MLA Claire Trevena in the statement Thursday.

“We wanted to ensure people could get home and to help ensure essential services for remote communities were maintained,” Trevena said.

“Now that ferry service levels have increased with more British Columbians travelling within the province, we expect BC Ferries to continue to monitor demand and ensure adequate capacity is in place.”

The changes to the order mean BC Ferries can honour reservations and still ensure essential goods have priority on the next available sailing, Corrine Storey, BC Ferries’ vice president and chief operating officer said in a statement Thursday.

“More and more British Columbians are choosing to vacation at home this summer, and we are working to balance all the needs and pressures on the ferry system,” Storey said.

Many communities want to bring back tourism in a safe way, to restart their economies, she added.

“We recognize all these changes have been frustrating for some customers. We ask that you bear with us as we monitor and respond to what is happening as quickly as we can,” Storey said.

She also appealed for patience while everyone navigates the new normal.

Minister of Public Safety and solicitor general Mike Farnworth also announced he was adding a clause to the emergency order to provide medical-assured loading for all passengers travelling for treatment, their vehicle and an escort on the first available vessel.

To get priority on sailings, passengers must provide a dated doctor’s letter indicating they require medical-assured loading for treatment and have a completed Travel Assistance Program (TAP) form.

The letter won’t require specific dates, times, or number of occasions the person can travel, but will expire after a year.

Michael Lynch, chair of the local BC Ferries advisory committee, said the announcement of the changes was likely to disappoint some island residents.

However, Lynch added, there wasn’t much new in the government’s announcement as medical-assured loading on the Cortes and Quadra ferries already takes place.

“There's always been medical priority boarding for the last 10 years here,” he said.

Quadra Island regional director Jim Abram said he had just recently applied for and received a medical pass for BC Ferries prior to the announcement.

However, the preferred boarding measure for residents was put into place by the government’s emergency order suddenly without consulting the stakeholders affected — and was removed the same way, Abram said.

It provoked a lot of confusion and difficulty for residents and BC Ferry staff alike, he said.

Clear notices should have been issued and consultation should have occurred around both the implementation and withdrawal of the order's measures, Abram said.

The scrapping of the boarding measure is likely to provoke much debate on the islands, both for and against, Abram said, adding BC Ferries and the Minister Trevena are likely to get a lot of feedback.

“It’s going to be a bit of a goon show over the next couple of days,” Abram said. “Facebook debate is going to be pretty lively.”