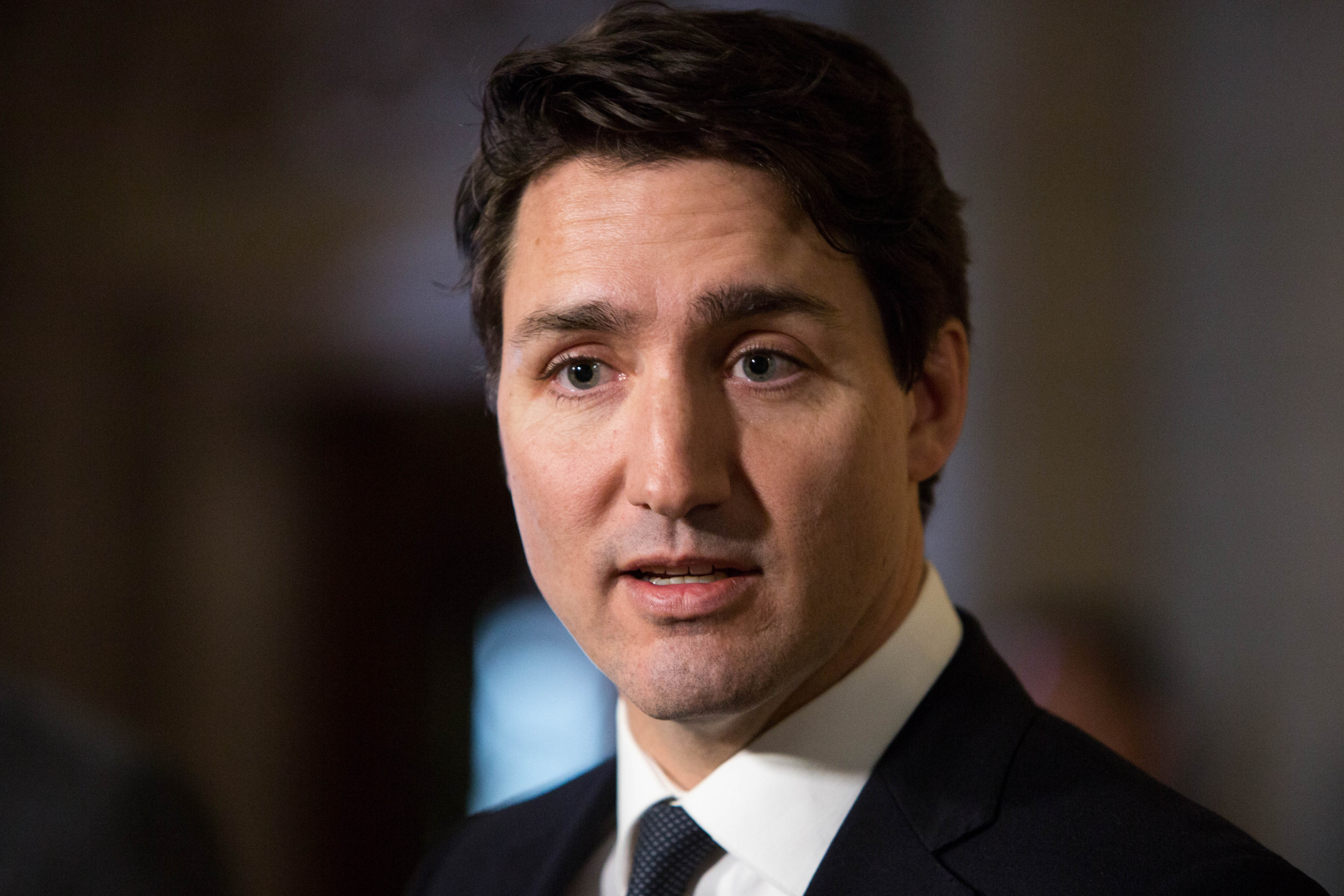 Thousands of pages of newly released documents back up the Trudeau government's contention that it was federal public servants who recommended a student service grant program be administered by WE Charity.

But they also suggest bureaucrats may have been nudged to look in that direction by their political masters.

The documents were released late Tuesday afternoon to members of the House of Commons finance committee, on the orders of Prime Minister Justin Trudeau as he announced he was proroguing Parliament until Sept. 23.

Prorogation puts a temporary end to the four committees that have spent the summer probing how a charity with close connections to Trudeau's family was chosen to administer a multimillion-dollar program to encourage students to volunteer in pandemic-related community service.

The controversy over the now-abandoned program has spawned investigations by the federal ethics watchdog into possible conflict of interest on the part of Trudeau and his former finance minister, Bill Morneau, who also has close family ties to WE Charity.

The 5,000-plus pages of government documents were tabled with the finance committee almost two weeks ago but had not been released to committee members because legal counsel was still vetting them to ensure there were no breaches of cabinet confidences or personal privacy.

In deciding to hand them over directly to committee members Tuesday, Trudeau may have hoped to get any controversy associated with them out of the way well before Parliament reopens on what he hopes will be a more positive note — with a throne speech designed to launch the country on the road to economic recovery after the devastating impact of the COVID-19 pandemic.

The documents include memorandums to cabinet, ministers and Trudeau, as well as emails, text messages and even hand-written notes about meetings at which WE's involvement in the Canada Student Service Grant program was discussed by bureaucrats or political staff. The context, the timing of the communications and the person speaking is not always clear.

Trudeau announced the broad outlines of the grant program on April 22 as part of a $9-billion package of measures to support young people during the pandemic.

He has testified that he only learned on May 8 that Employment and Social Development Canada was proposing that WE Charity oversee delivery of the program. He has said he removed the proposal from the cabinet agenda that day and asked that more due diligence be done to determine if there was not some other group that could administer the grants, such as the Canada Service Corps.

After the department reported back that WE Charity was the only group with the capacity to deliver the massive program in such a short timeframe, cabinet approved the proposal on May 22. Trudeau and Morneau have both apologized for not recusing themselves from that decision but have insisted that they were acting strictly on the recommendation of public servants.

Thousands of pages of newly released documents back up the Trudeau government's contention that it was federal public servants who recommended a student service grant program be administered by WE Charity.

Many of the documents support Trudeau's version of events.

But they also suggest that Youth Minister Bardish Chagger helped get WE Charity on her bureaucrats' radar and political staff in Morneau's office helped keep it there.

Chagger spoke with WE co-founder Craig Kielburger on April 17 to discuss an unsolicited proposal by the group to create a youth social entrepreneurship program. In an email to her on April 22, Kielburger thanks her for listening to the proposal, which was ultimately rejected by the government.

He then adds: "We appreciate your thoughtful offer to connect us with relevant members of your ministry. Our weekend team has also been hard at work to adapt your suggestion of a second stream focused on a summer service opportunity."

Two days after Chagger's chat with Kielburger, the documents show that bureaucrats were talking about WE's possible involvement.

Rachel Wernick, a senior assistant deputy minister at Employment and Social Development Canada, which encompasses Chagger's ministry, asked in an email on April 19 to speak to Kielburger about "something we are working on that might be of interest to WE."

Michelle Kovacevic, an assistant deputy minister at Finance, wrote the same day that "ESDC thinks that 'WE' might be able to be the volunteer matching third party ... The mission of WE is congruent with national service and they have a massive following on social media."

The following day, in an email to PCO officials, Kovacevic wrote that the Prime Minister's Office had been "weighing in" on the latest student grant proposal, which had become "bit of a shit show." She said there had been "positive communication with WE" and that "discussions are encouraging on that front."

Amitpal Singh, a policy adviser in Morneau's office, emailed Kovacevic the same day to say he had spoken "with the team at WE this morning."

"We should be receiving an updated paper soon from them, and as soon as we get policy approvals I think we should reach out and bring them into the fold," he wrote.

Kovacevic thanked Singh for "keeping the relationship with WE strong."

"I think this is the right organization for a call to action for national service."

On April 21, WE's director of government and stakeholder relations, Sofia Marquez, sent Singh the organization's revised proposal for a national, bilingual service program that would allow 20,000 young Canadians to take part in summer service placements and projects during the COVID-19 pandemic.

She signed off by saying, "Huge THANK YOU — you've been most helpful!"

The following day, Singh messaged Kovacevic to connect her with Marquez, adding he hoped she could find time "before the end of the week to quickly touch base" with the WE representative.

Kovacevic and Marquez exchanged messages the next day to arrange a call.

The reason is not entirely clear, but at one point in mid-April, Justin To, Morneau's deputy chief of staff, joked that Kovacevic was "a heartless meany proposing indentured servitude for maybe a cookie at the end."

If bureaucrats were unaware of Trudeau's connection to WE, the charity's eventual revised proposal for administering the grant program made it clear. It included photos of the organization's "celebrity ambassadors" — among them, the prime minister's mother, Margaret Trudeau, and his wife, Sophie Gregoire Trudeau.

Trudeau has been a featured speaker at six WE Day events and his wife hosts a podcast for the group, for which they have not been paid. However, the charity has confirmed it covered expenses for Gregoire Trudeau and paid hundreds of thousands in speaking fees and expenses to Trudeau's mother and brother for speaking at numerous WE events over the years.

Nevertheless, the documents make it plain that public servants believed a third party was required to administer the grant program and that WE was the only one that fit the bill.

An April 30 ESDC memorandum says that the department itself couldn't do the job because "no mechanism currently exists to deliver a grant of this type directly to a large number of youth." In the interests of "speed and simplicity," it said a third party should administer the program, although there were few who could perform all the functions that the government wanted.

Wernick, who has testified that she is the one who recommended WE's involvement, wrote a lengthy memo on May 13 detailing why Trudeau's preferred alternative, the Canada Service Corp, was not up to the job.

"All CSC partners are already struggling to deliver their existing programs and do not have the capacity to take on more (volunteer) placements," she wrote, adding that the CSC's community service programs for youth are not geared to specifically to helping students volunteer for service related to the pandemic.

On May 14, an official at the Privy Council Office informed another bureaucrat that the Prime Minister's Office "would brief against" the proposed grant program as originally presented to cabinet.

A hand-written note about the "PM" and the "service corp" says "concern is only thinking about WE."

Eventually, however, the clerk of the Privy Council, Ian Shugart, recommended to Trudeau that he approve the plan.

"WE Charities is well-placed to administer the grant. Its youth networks and technological sophistication should create the necessary demand to ensure the initiative is a success," Shugart wrote, adding that a detailed agreement has been negotiated with the charity to "ensure stewardship of public funds."

In an exchange of text messages on June 30, as the controversy raged, ESDC deputy minister Graham Flack commiserated with Wernick.

"The more I reflect, the more I think you shouldn't worry," Flack told her. "This was your only option in the timelines and was your advice.

"Political side understood they would be criticized but this was the right thing to do. There will be noise but that's politics."

Wernick responded that she and her "little team worked so hard to make this a success. It is tough to see how it is portrayed. But I guess I underestimated how much the politics would play."

Thanks for making the

Thanks for making the headline more accurate and reflective of the content of the article.