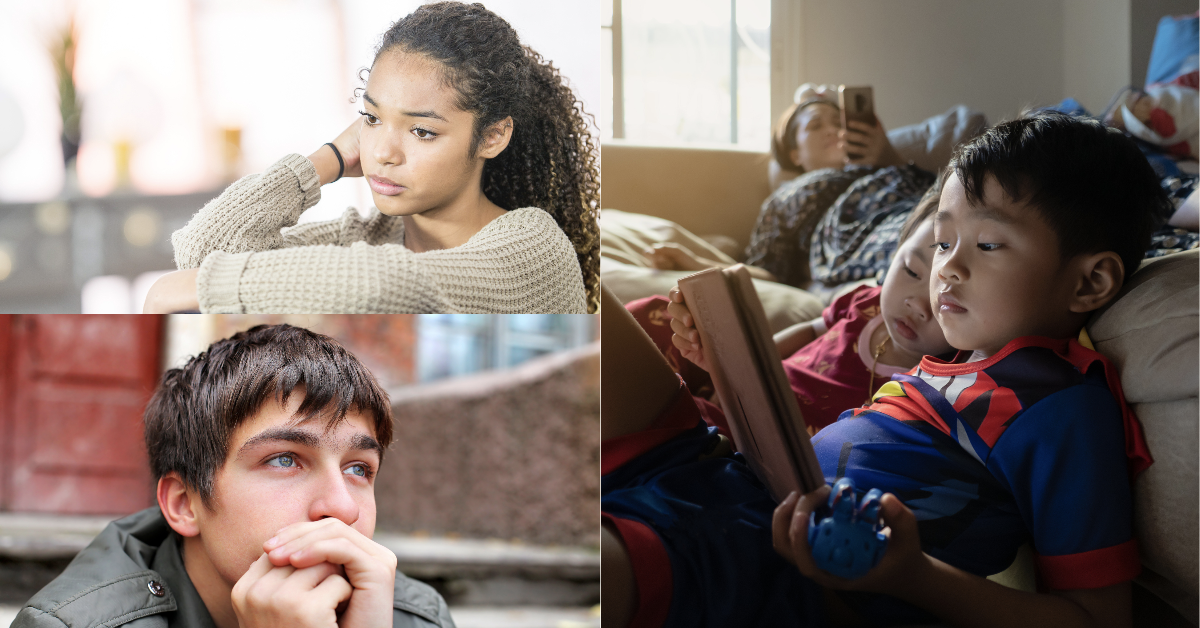 Young people have been hard hit by the COVID-19 pandemic. Photos via Children First Canada
Previous story
Next story

Canada’s children have been hit hard by the COVID-19 pandemic and should be prioritized in the country’s recovery efforts, a new report says.

“The toxic stress that many children have experienced in recent months, and will continue to experience, will take a heavy toll and will require concerted effort and investment on the part of our federal government to ensure children can recover,” said Sara Austin, the founder and CEO of advocacy group Children First Canada.

The shutdown has led young people to experience more poverty, food insecurity, worsening mental health, racism and physical inactivity — as well as an increased potential for abuse — according to the group's Raising Canada 2020 report, released Tuesday.

The group is calling for Ottawa to establish the role of a federal children’s commissioner, as well as a strategy and a $250 million budget to tackle what they say are the top-10 threats to children.

These threats are not new; they have been dramatically affected by, or become highly visible, during the pandemic.

The report draws heavily on data compiled by Statistics Canada, including the findings of its 2019 Canadian Health Survey on Children and Youth, released last month.

The shutdown has led young people to experience more poverty, food insecurity, worsening mental health, racism and physical inactivity — as well as an increased potential for abuse — according to @children1stca's Raising Canada 2020 report

That survey found that young people aged 12 to 17 often rate their own mental health less positively than their parents do, suggesting the mental health struggles experienced by children often go unnoticed both at home and by the system.

“Even prior to COVID-19 children had very long wait times, months and sometimes years, to access mental health support,” Austin said in a phone interview. “Those wait times have increased since COVID-19 because in many cases programs and services have had to shut down or demand has increased.”

Suicide has overtaken preventable injuries and accidents as the leading cause of death among children aged between 10 and 14, which Austin said was “deeply disturbing to me as an advocate, as well as a mom with a 10-year-old, to think about children so young facing suicidal ideation.”

(These rates continue to be significantly higher among First Nations, Métis and Inuit youth.)

The report, a version of which Children First Canada first published in 2018, also named a new threat: climate change.

“This is one we're hearing directly from children themselves needs to be a high priority for the policy-makers as we think about the health and well-being of children,” Austin said.

While perhaps more difficult to quantify than some of the other threats, Austin said climate change’s impacts can be measured by indicators such as access to safe drinking water, especially in the context of the boil water advisories affecting children in many Indigenous communities, and rates of asthma in urban areas.

Austin said the resumption of school after months of lockdown is expected to result in a spike in reports of child abuse.

“This is when we are expecting to see child abuse reports going up,” she said, noting there is typically a spike in such reports when children return to school after holidays.

“But we expect it to be even more drastic given that kids have been confined for six months now,” she said. Early survey data has shown that young people and their mothers are feeling worse than before the pandemic, while calls to Kids Help Phone have also increased.

The report also said vaccine rates have dropped by 20 per cent in some parts of Canada, as closures of health-care facilities push children off their vaccine schedule and increase the risk of a resurgence in preventable infectious diseases.

It named systemic racism and discrimination as a specific threat, and identified inequity as a theme that cut across all other threats.

Black and Indigenous children and other children of colour are more likely to live in poverty and in child welfare, face discrimination in schooling, and are more vulnerable to COVID-19.

They or someone in their household are also more likely to be working in healthcare, grocery retail and other industries that society has deemed essential and frontline.

Future Majority pushing to have a voice on post-pandemic policy

The "developed" world has

The "developed" world has proven to be strangely unprepared for disruption. All the ills, unintended consequences of our "privilege" have been present, if unacknowledged, in our societies. We have been preoccupied with trivialities and have lost sight of essentials. As always, the marginalised feel it first and the borders of the marginalised continue to grow as we horde our unearned "privilege".

I'm sorry. It's not COVID-19 leaving kids hungry, it's social inequality. Kids are bored because they've been *taught* to expect to be entertained ... all the better to turn them into malleable "voters" instead of resourceful citizens.
Neither is COVID-19 the cause of abuse ... it's the breakdown of family structures and roles.
If kids aren't at home alone because of COVID-19, which clearly is not the case, it's not COVID-19 that's causing loneliness: it's parents glued to electronic gadgets, and parents treated as "human resources" ... all the better to keep wages low. Does anyone really think that the deepening of poverty and socio-economic inequality starting to happen just as divorce became the norm and women no longer had the choice to raise their own kids while they were young? I'm all for girls and women being well-educated, and having careers, and all: but it's a sick system that makes it so children are expected to be raised by a parade of ever-changing caregivers from a very young age.
So here's yet one more non-profit "advocacy" group looking for COVID-19 money.
We don't need a silo'd Ministry of Children. What we need is an over-arching, automatic review that will, like a good Environmental Review process, prevent legislation, regulations and policies that are not good for children. Had we done that even 25 years ago, some time after it was part of the platform of the short-lived National Party, we'd be the best-performing nation in the world in respect of climate change, health and sustainability generally, and something approaching decency when it comes to disposable income.
There is always turbulence at the fault lines when there isn't enough to go around ... and we've been seeing that for years in terms of income disparities, where some people work more hours than leaves enough for a healthy amount of sleep (still not earning enough for decent shelter and food), while others focus on collecting "rents and rights" and amassing obscene amounts of residential property and ridiculously large (and untaxed) fortunes.
I'm getting really tired of the middle-class "solutions" to the problems of the poor, to the "solutions" to abuse that treat children as commodities, and providing kids who'd otherwise starve with "day-old" donuts, salty-chemicallized canned soup and "treats" with all manner of inverted, converted, ingredients ending in -ose.
Then we expect them to get along despite the cognitive, mood and behaviour problems that can be laid squarely at the feet of inadequate nutrition ... and against a backdrop of feeling unimportant and unloved, to somehow miraculously develop into individuals who don't look for status and adrenaline rushes when little else is available to them.
If governments really wanted everyone to take up every vaccine available, they'd consider the damning stats on common allergens and known toxins as usual components, not to mention post-vaccination syndromes (and outright illness) and inflated claims of effectiveness.
As far as kids needing to be in daycare or school as many hours as possible, that's a crock. Finland, with the best education stats and test performances in the world, has much, much shorter school days, shorter class time, shorter school years ... No, it's that parents earning minimum wages cannot support themselves reasonably, let alone children, unless *they* are working maximum hours. And once there's enough to raise a child on, the rents and costs of basics go up, because it's become fashionable for doctors and lawyers and accountants and mayors to buy "extra" homes to generate passive income. Middle class families aren't content to have "enough," they yearn for enough passive income to be able to "quit the rat-race," after they've *had* to buy a car to get out of the city whenever possible, because the air is so polluted (partly on account of all the commuters driving into the city to work) ... and on and on and on it goes.
Interestingly, the group referenced in the article is focussed entirely on children under age six. I wonder if they originate with the same organization as the Children First of the early 90s, which was a private daycare lobby, dead set against "social programs." Their champions then were the far-right Conservative parties of the day. Which we'd probably call liberal now, everything having slid so far sideways.