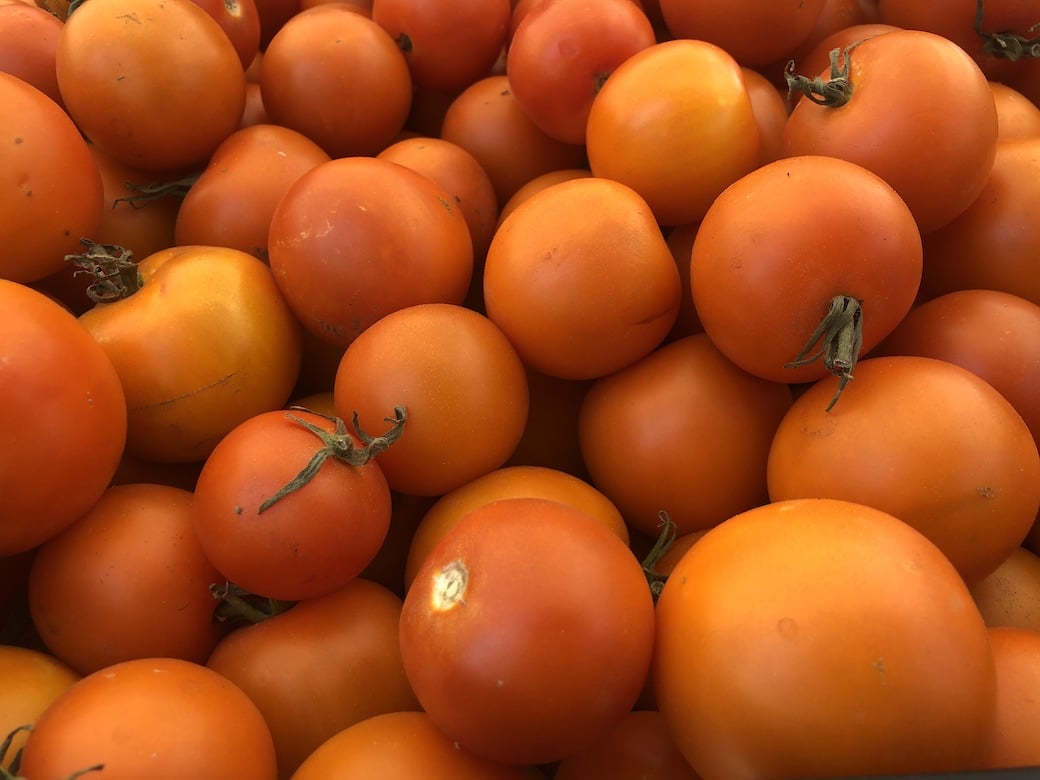 Changes to the Canada Emergency Business Account, a federal COVID-19 relief program for small businesses, will help farmers access credit to get them through the year. Photo by Marc Fawcett-Atkinson
Previous story
Next story

Even in a pandemic, seeds germinate, livestock grow — and farmers keep working.

Those changes include an extension for the application window from Aug. 31 to Oct. 31 and allowing businesses without a business banking account to apply.

The #CEBA loan application deadline is extended to October 31! Over 730,000 businesses have received this support, and now more businesses will be able to access the liquidity they need while times are still tough.

“Until we know for sure how (the pandemic) is going to play out, a lot of farmers will be just playing a waiting game and continuing to farm their butts off and hopefully make it through the season,” Abra Brynne, a food systems policy adviser at FarmFolk CityFolk based in Nelson, B.C., said.

Over 55 per cent of businesses with between one and 19 employees saw their revenues drop at least 20 per cent between April and June.

They also relied heavily on credit to survive, with 40 per cent of these businesses requesting credit in the same period.

In response, the federal government announced CEBA on April 9. The federally funded program extends interest-free loans of up to $40,000 to small businesses and non-profits to help cover non-deferrable expenses, and is delivered through banks, credit unions, and other financial institutions.

When CEBA was first rolled out, those non-deferrable expenses included rent, utility bills, and wages — but not some farmers’ key expenses.

#COVID-19 hit #farms hard. “Until we know for sure how (the #pandemic) is going to play out, a lot of #farmers will be just playing a waiting game and continuing to farm their butts off, and hopefully make it through the season,” @AbraBrynne said.

“Farming is a very different business than other small business,” Mara Shaw, the executive director of the National Farmers Union, said. Many small farmers have $40,000 in expenses, but their needs are different from most businesses.

“They have things like buying seed and buying inputs, and the costs they’re going to incur buying the products they need to produce their products.”

The federal government heeded these concerns, modifying the rules in late June to include owner-operated businesses without a payroll or those with a single owner receiving income directly from their work. The list of eligible expenses was also expanded to include seeds, fertilizers, and other things farmers must buy to do their job.

“We are taking the necessary steps to ensure that small businesses will be able to access the liquidity they need to keep operating while times are still tough, so they will be able to rebuild on the road to economic recovery,” Mary Ng, minister of small business, export promotion and international trade, said.

Still, Shaw and Brynne agreed the “devil is in the details.”

“This change is certainly heartening in terms of (being) more supportive of farmers,” Brynne said.

“But it’s just plain fuzzy in terms of how they’re going to interpret the eligibility.”

Those details include the thresholds used to decide of the expenses incurred in January and February, which ones are non-deferrable. For instance, many small family farms don’t have a “payroll” and operating expenses are rolled into their income, making it tricky to categorize farm expenses as pre- or post-pandemic.

And accounting for these anomalies is critical. Many small farmers struggle with high land and productions costs in “normal” years. Eligibility for an emergency loan to cover expenses during COVID-19 might be what keeps them afloat.

“Part of the reason we don’t have droves of people graduating agricultural colleges and running off to become farmers is that most people understand how difficult it is to make a living as a farmer,” Brynne said.

Solving this problem is larger than the pandemic, Brynne explained, but the crisis could offer opportunities to make farming a financially viable livelihood. Those include everything from helping farms affordably access land to eliminating unnecessary middlemen by shoring up local supply chains.

“I would love to see a huge amount of reinvestment in local infrastructure up and down the supply chain. All that infrastructure that enables people to take their farm product and get it to the consumer — that intermediary ste. We’ve lost a lot of that in B.C.,” Brynne said.

“If we can really build the domestic market, that’s going to remove so much uncertainty. Not just for the farmers, but for us as eaters because we will have food closer to home.”