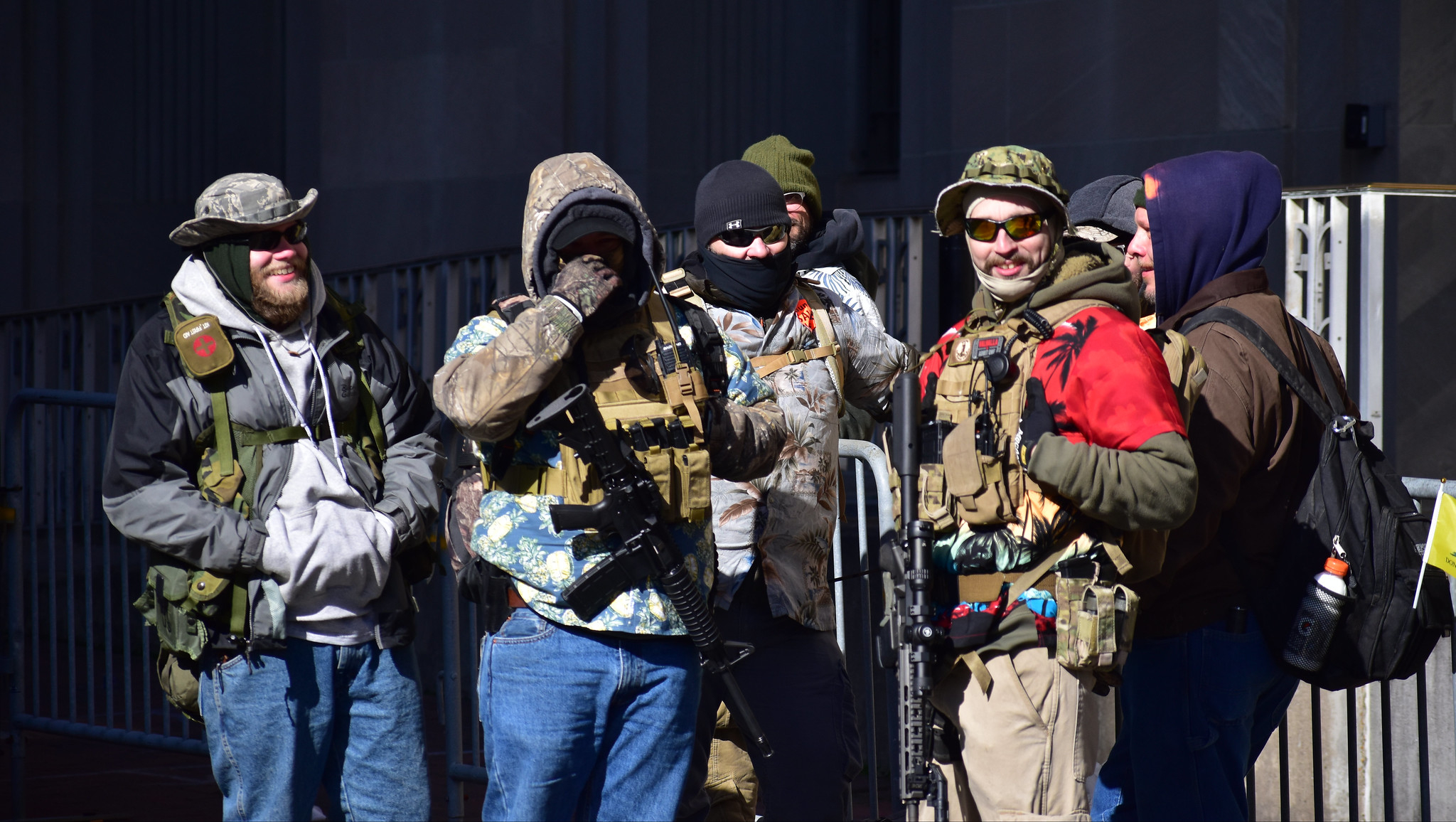 Here’s a plausible scenario of what may unfold on America’s election night, Nov. 3, and over the days soon after.

Due to the pandemic, a large portion of American voters will be mailing in their ballots, which will be tallied after election day. So far, an estimated 40 per cent of voters plan to vote by mail due to concerns over COVID-19 and social distancing at polling stations. Yet Republicans are expected to vote at polling booths in much greater numbers than Democrats.

Consequently, on election night, there’s a good chance many states will appear to have been won by Donald Trump, but will eventually go to Democratic hopeful Joe Biden once those mail-in ballots are counted.

But you can bet Trump won’t wait, prematurely declaring himself the victor on Nov. 3.

In the following days, as the mail-in ballots are counted and the numbers shift away from Trump and towards Biden, Trump will then claim he’s the victim of some form of “deep state” conspiracy designed to steal his election victory. He will refuse to concede the election and instead call on his supporters to take to the streets to keep him firmly in the White House.

Here’s the really alarming thing — those supporters have lots and lots of weapons.

There are 393 million firearms in the U.S.

In fact, there are an estimated 393 million civilian-owned firearms in the United States — or one gun for every citizen, plus 67 million weapons left over. Americans are by far the most heavily armed people in the world, even when compared to war-torn countries like Yemen. And they use them: Excluding suicides, 15,292 Americans were fatally shot last year, an increase of three percent over 2018.

In short, Trump supporters are far more likely to bear arms, and often, a whole bushel of them.

"Trump has a history of inciting his supporters to violence and to challenging the rule of law." @livesey416

To make matters worse, Trump has a history of inciting his supporters to violence and to challenging the rule of law. Last Sunday, Trump held a rally in Nevada where he “joked” about staying in the White House for more than two terms, and endorsed the idea of summary executions by law enforcement officers. In early September, U.S. Marshalls shot and killed an unarmed Antifa supporter - who was suspected of shooting a far-right militia member - without making any effort to arrest him.

After a man linked to a right-wing group was shot and killed in Portland, Ore., in late August, Trump encouraged freelance action by his own supporters. They, in turn, have shown up in places such as Kenosha, Wis., eager to counter anti-racism protesters and engage in violence.

This incitement cannot be underplayed. A review done by ABC News earlier this year identified at least 54 criminal cases where Trump’s name was invoked in direct connection with violent acts, threats of violence, or allegations of assault committed by perpetrators.

Trump has a history of inciting violence

Take the case of Kyle H. Rittenhouse, a 17-year-old who attended a Trump rally last January. He showed up at an anti-racism demonstration in Kenosha in late August wielding a military-style rifle. Rittenhouse was later charged with homicide after two protesters were shot to death.

Trump then rushed to Rittenhouse’s cause, painting his actions as self-defence. “He probably would have been killed,” Trump said if the teenager hadn’t used his rifle. Trump even reposted a tweet in support of Rittenhouse that called him “a good example of why I decided to vote for Trump.”

Trump also backed supporters who cruised through Portland firing paintballs and pepper spray at protesters saying, it “cannot be unexpected after 95 days of watching an incompetent mayor admit that he has no idea what he is doing.”

But it gets worse.

The combination of the pandemic and anti-racism protests has drawn far-right, white nationalist militias out of the shadows. And they’re heavily armed and big Trump supporters. They go by names like Three Percenters, Michigan Militia and Oath Keepers.

Far-right militias who back Trump are now more visible

Since the early 1990s, such militias have grown in number and militancy, even recruiting members from local police forces. The Southern Poverty Law Center identified 276 militia groups four years ago, with memberships in the tens of thousands.

Dressed in army fatigues and carrying assault rifles, last spring they were active in protests in Michigan, Ohio and Kentucky in response to social distancing ordinances. They were inspired by Trump’s pooh-poohing of COVID-19 and his demands that states reopen as quickly as possible.

In Michigan, heavily armed militia members laid siege to the capitol building in Lansing. Often carrying assault rifles, they attempted to enter the floor of the legislative chamber, and were only held back by a line of state police and capitol staff.

Moreover, these militias and other American gun owners can avail themselves of some of the most deadly firearms on the market.

At least eleven mass shootings since 2012 involved an AR-15-style semi automatic rifle. AR-15s are fed with box magazines that can be swapped out quickly, with the standard magazine holding 30 rounds. As a result, a gunman can fire more than a hundred rounds in minutes.

And their rounds do horrible damage to the human body. “I have seen a handful of AR-15 injuries in my career,” wrote radiologist Heather Sher in an article in The Atlantic two years ago. “The injury along the path of the bullet from an AR-15 is vastly different from a low-velocity handgun injury. The bullet from an AR-15 passes through the body like a cigarette boat travelling at maximum speed through a tiny canal. The tissue next to the bullet is elastic — moving away from the bullet like waves of water displaced by the boat — and then returns and settles back. This process is called cavitation; it leaves the displaced tissue damaged or killed. The high-velocity bullet causes a swath of tissue damage that extends several inches from its path. It does not have to actually hit an artery to damage it and cause catastrophic bleeding. Exit wounds can be the size of an orange.”

Trump set the stage for a call to arms

You have to give Trump credit: He’s brilliantly set the stage to call on his supporters to take up arms to keep him in the White House. For months, he’s pandered to a deep vein of conspiracy theories that imbue the American far-right, arguing that he’s been targeted by the “deep state,” the mainstream media, Antifa, Democrats, the Clintons, U.S. intelligence agencies, and even elements of the military.

He’s incited racial tensions and ignored the pandemic and its human costs while fanning the flames of the economic desperation it has generated. And he’s aimed his rhetoric at white working-class men and women who’ve seen their lives destroyed by globalization and deindustrialization, and are angry about being displaced in a growing multicultural society.

Yet, these are the very people who overwhelmingly own guns.

If Trump loses the election and tries to remain in the White House by using all means at his disposal, don’t be surprised if he calls on his legion of well-armed devotees and their access to some of those 393 million firearms to rush to his aid. And that’s when you might see the streets of America run red.

Like banana republics everywhere, the United States has now arrived at the point where the future of the country may hinge on whether the troops stay in the barracks. If Trump calls his brown-shirt paramilitary supporters to take their automatic weapons into the streets, the question then becomes whether the police, the state National Guards, and the U.S. military will follow orders from Trump, or whether they will follow their oaths of office to defend the country and the Constitution. It was at least faintly encouraging that when Trump tried to start using the military against domestic protests early in the summer, the leaders of the U.S. military issues similar statements against Trump's proposal. Trump has shown every sign that he will do anything to hang on to power. At least there is sustained discussion and planning going on at many levels of the potential nightmare scenarios that Trump might try to execute, so that there will be some strategies in place, rather than having the country in complete chaos. I would expect that before the election, there will be one or more efforts to lay out plans for stopping Trump's post-election unconstitutional hijinks.

There is so much wrong with

There is so much wrong with this article I don't even know where to start! I strongly recommend all readers independently research everything mentioned in this article and draw your own conclusions.

Maybe try a point form response to some of the comments in the article and show how they are in error. Much of the article is speculation based on past behaviour.

Research it? We are living

Research it? We are living through it daily, perhaps you may allude to what you find wrong,

Yes, perhaps you should

Yes, perhaps you should provide at least a few references (other than Fox News) to back up your claim that the article contains false statements.

This sounds suspiciously like a Q kind of post. "research everything" while providing no rebuttal as to what is "wrong" with the article.

"I don't even know where to

"I don't even know where to start".... And you haven't, other than to wave aside the article, and it's allusions to well documented situations south of the border. The article is credible, if you want to claim it's full of misrepresentation, it should be patently easy for you to substantiate your statements, ... give us a few "for instances", .... up to you.

I re-read the article and I

I re-read the article and I can find nothing that is even contentious. Your inability to list any possible inaccuracies means you just don't want to accept what the author is saying. Calling something "fake news" is the modern-day equivalent putting your hands over your ears and loudly saying "la la la".

A chilling article, and we've

A chilling article, and we've seen/heard via well substantiated media reports of the activities of militia groups in America in the last 46 months.
The photograph is funny, funny-horrifying,.... McConnell doing his level best to photo-op pander to the 'live free or die" crowd.