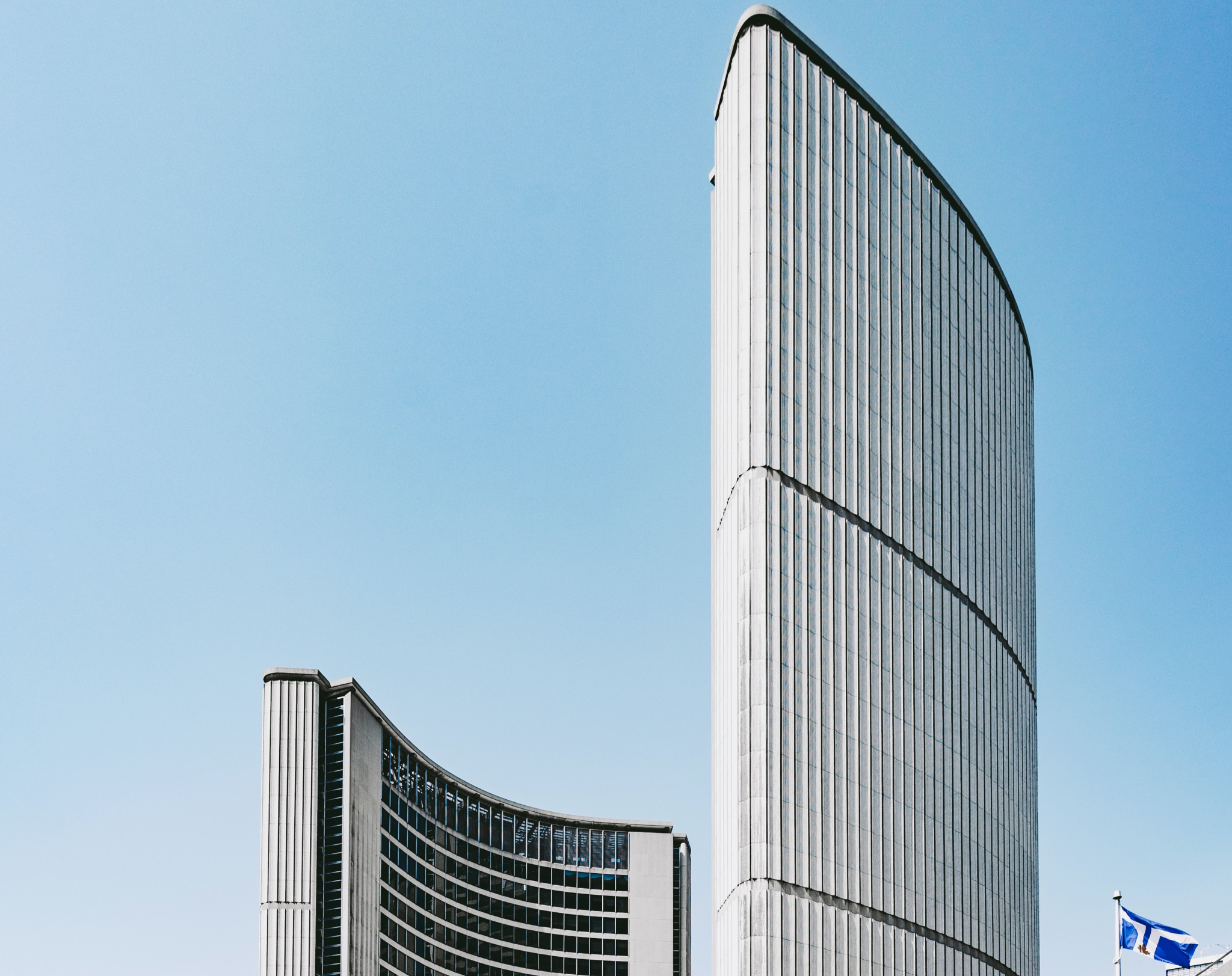 A senior city staffer is recommending Toronto council ditch plans for promised municipal electoral reform, saying the COVID-19 pandemic had made it too difficult to implement ranked ballot voting for the 2022 election.

The ballots give voters the choice to rank candidates in order of preference. If no candidate secures more than half the vote, the candidate with the least votes is removed from the running and the votes they secured are given out to each voter’s second choice. The process is repeated until a candidate secures a majority.

Toronto’s city clerk, Ulli Watkiss, said the city should order her to “cease any further work” on the plan because “the delays and risks introduced by the pandemic” mean the legislative and regulatory requirements to make the change cannot be met.

The recommendation, if taken up by the council when it meets on Sept. 30, would be yet another setback for advocates who have for a decade now argued that ranked ballots improve politics.

“Strategic voting in Toronto has been incredibly disheartening over the past few elections,” said Miriam Fine, a founding board member and long-standing secretary of the Ranked Ballot Initiative of Toronto (RaBIT), a volunteer advocacy group.

“I know so many people, and so many young people especially, who feel like every election that comes up they have to decide which is the least-worst option instead of voting for the person who they want to be their mayor or their councillor,” said Fine, who joined RaBIT in 2013, soon after returning home to Toronto after graduating from Wilfrid Laurier University in Waterloo.

“I studied psychology. I didn't specialize in motivation, but I can tell you anecdotally that that is not motivating,” she said of the current first-past-the-post system. “It is not exciting to go in there and cast a vote for the least-worst option.”

Watkiss also asked council's permission to consider “alternative voting methods used in other jurisdictions that may provide electors with additional options during a pandemic” in the agenda for the Sept. 23 executive council meeting, which was posted online this week.

“The COVID-19 pandemic is likely to have long-term impacts on the ways in which electors feel comfortable voting,” Watkiss said in an accompanying report (PDF).

“If we can get a council that's really representing the city, that's close to the voters, that is accountable and transparent," said one ranked ballot advocate, "then all the other stuff will fall into place."

Existing vote-counting equipment needs replacing, but the city might struggle to do so in time, the clerk’s report said. A procurement process is underway and remote voting options are also being considered for 2022.

The Supreme Court of Canada is also expected to rule on the city’s challenge to the provincial government's dismantling and amalgamation of ward boundaries by mid- to late-2021, and so staff must prepare for both 25 and 47 ward scenarios, the report said.

A majority of the 25-seat council (14 councillors plus Mayor John Tory) had pledged as candidates in 2018 that if elected, they would support the implementation of ranked ballots for the 2022 vote.

They voted last November to move forward with public consultations, which were planned for the summer. But city staff cancelled those plans when COVID-19 hit, and have yet to announce new dates.

“The city clerk is now recommending this work not continue. I strongly disagree with this approach and will continue to advocate strongly for ranked ballots when this comes to city council later this month,” said Coun. Shelley Carroll, who moved the motion last year.

Advocates say that ranked ballots lead to more diverse fields of candidates encouraged to pitch ideas rather than throw smears. They say it can also improve governance, since winning candidates need wider support and there is a better chance policy aligns with majority opinion.

Michael Urban, RaBIT’s co-chair, said the clerk had presented “a laundry list” of challenges, but that he didn’t “see anything in there that’s a showstopper.”

Urban said he would be working on a rebuttal over the weekend asking council to again ask Watkiss to do the work. He said he had advised members of RaBIT’s mailing list earlier this week that the move might be coming.

A little more than 2,200 people have signed RaBIT's long-standing petition for Toronto council to adopt ranked ballots for its elections.

“Given the urgency of this issue, given the fact that we desperately need a more diverse council, as I think has been demonstrated by recent events, I think that it's incumbent on council to make that urgency clear to the clerk and to say this needs to be a priority even if it's going to be a little difficult,” he said in a phone interview.

Urban pointed out that other city bodies were moving ahead with plans for public consultations, including one to discuss non-police mental health crisis response teams.

'We want to come out of this traumatic time with a better world, if we can'

RaBIT’s Fine said that the COVID-19 pandemic and the cracks it has exposed in society had provided momentum to a serious review of how things are done.

“There’s an energy to fix big systems problems,” she said. “I see and I feel in my social circles, even in my parents social circles, that there's a lot of will right now for change and for building back better than we had before.”

“There is a feeling that we want to come out of this traumatic time with a better world, if we can,” Fine said. “If we can elect better people, if we can get a council that's really representing the city, that's close to the voters, that is accountable and transparent, then all the other stuff will fall into place,” Fine said.

“This is the top of the pyramid, and then I can hope that it’s going to have positive impact all over the city; budgeting, public services, because those are the people who are making the decisions.”

Watkiss and her office did not respond to requests for comment, but a city spokesperson confirmed that the focus had turned.

“COVID-19 has significantly impacted planning for the 2022 election, with planning now shifting to respond to the ongoing pandemic and prioritize the health and safety of electors and election day staff,” Alex Burke wrote in an emailed statement. “The pandemic has also delayed the implementation of ranked ballot elections in Toronto.”

Council had given the clerk’s office $1.1 million to run the consultations and outreach related to ranked ballots, but only $8,145.89 was spent on advertising before COVID-19 and the subsequent lockdown, the clerk's report said.

Currently, the only municipality that has ditched first-past-the-post voting since a 2016 change to provincial law allowed it is London, a two-hour drive west of Toronto. In 2018, its voters elected a diverse set of councillors, with several newcomers saying ranked ballots encouraged them to run and to stick with it to the end.

In first-past-the-post races, pressure is often exerted on young or otherwise marginalized candidates to withdraw to avoid splitting the vote with a more established and aligned candidate seen as having a better chance of beating a political rival.

Editor’s note: This article was updated at 9:41 p.m. on September 17, 2020 to include comment from a younger member of the Ranked Ballot Initiative of Toronto and additional background information.

Ranked ballots for a mayoral

Ranked ballots for a mayoral vote are a good idea and could be implemented even if the voting for city council overall was untouched.
Ranked ballots for the council voting . . . this is basically a small parliament, right? With parties and everything? Because if so, ranked is probably better than first past the post, but you could run a proper proportional representation system, even an MMP that retained wards (if Toronto has them). That would be better; ranked balloting is not proportional and tends to skew results in particular directions from what a proportional result would be. Of course, an MMP would work better with the original number of seats than with Ford's travesty.

I have yet to detect a

I have yet to detect a politician who understands electoral systems. Political scientists in general do not understand them, although there are exceptions. It is the citizens who should be examining the various systems and make the decision. This was done by a Citizens’ Assembly in B.C. in 2004-5. In the subsequent referendum 58% of voters agreed. The politicians forming the government did not like it so we never got the system that best provides representation of as many voters as possible. The system uses ranked ballots in multi-member electoral districts, counted using STV.

The government of the day

The government of the day actually favoured the idea. But they had set the threshold for change at 60%, so 58% was a fail. I voted for it, because it was a better system than FPTP, but I would have been a lot happier with a good solid Mixed-Member Proportional. The citizens in the assembly IMO flubbed the job, partly because it wasn't entirely a citizens' assembly--they were kind of led around by experts who were sort of in charge of the process, and those experts happened to have a thing for this multi-member STV. I think an MMP might have beaten the 60%, because it was really hard to figure out how the multi-member STV worked, so some people may have decided they were too confused to vote for it. I'm a wonk about this stuff, and I even found it hard to figure out how it worked. And like, some ridings would be more proportional than others, and it's a bit unclear if you can call a 7-member riding "local" representation . . . it was messy.