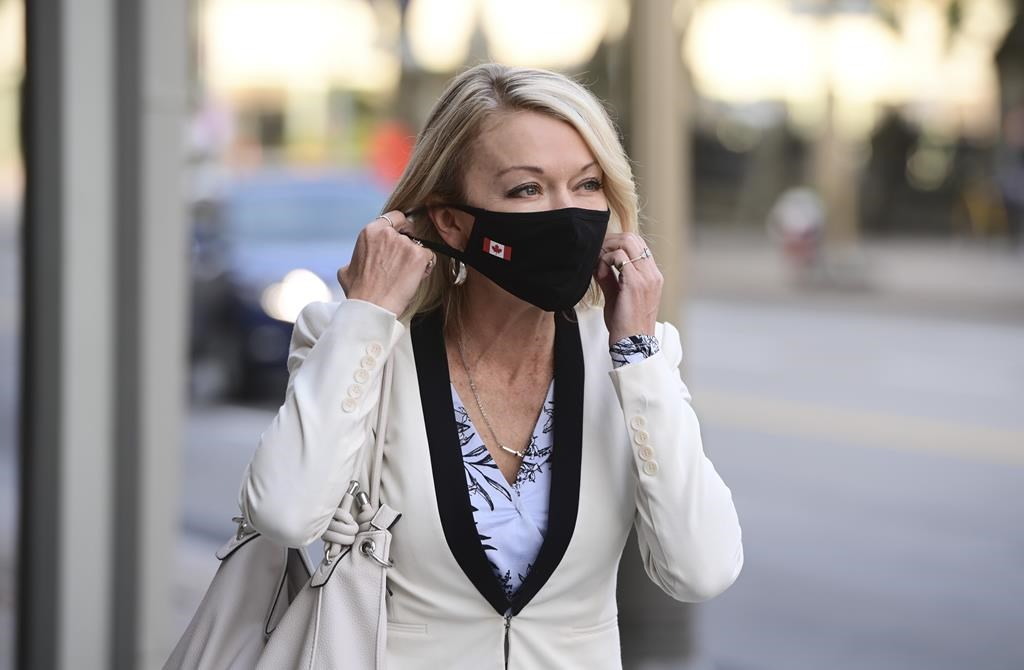 Federal opposition parties blamed the Liberal government for failing to properly prepare for the return of Parliament as negotiations around in-person versus virtual sittings went down to the wire Tuesday.

The lack of agreement followed what Conservatives described as a disastrous trial run of a proposed electronic-voting system for members of Parliament, prompting fresh calls from the official Opposition for some form of in-person voting.

That was despite Conservative Leader Erin O’Toole and his wife Rebecca having both tested positive for COVID-19, along with Bloc Québécois Leader Yves-Francois Blanchet. Both leaders are isolating and will not attend the throne speech, but instead plan to respond to the speech in person next week.

"We've offered some very positive, and I think realistic, solutions to voting in person whereby safety can be respected," Conservative deputy leader Candice Bergen said as she and other Tory MPs gathered for a day of talks ahead of the throne speech.

"Schools are resuming, there's a lot that's resuming. We have to be able to continue life in this COVID crisis and do it in a safe way and I think that includes parliamentarians."

The disagreement among the parties was laid bare later in the day when NDP Leader Jagmeet Singh called for the House of Commons to adopt a hybrid model, with a limited number of MPs in the chamber and the rest attending online.

The Liberals and NDP used their superior numbers in the spring to adopt such an approach for a special COVID-19 committee, but MPs were leery of doing the same for full House of Commons sittings because of questions around remote voting.

Conservative MP James Bezan described the simulation as "quite the ordeal," with one vote that should have taken only a few minutes instead taking nearly an hour and a half.

"It was slow — a lot of technical glitches and difficulties," he told reporters Tuesday. "I'm really concerned about people being able to exercise their right, and their privilege, to vote knowing how intermittent rural broadband is for all of us rural MPs."

Federal opposition parties blamed the Liberal government for failing to properly prepare for the return of Parliament as negotiations around in-person versus virtual sittings went down to the wire on Tuesday, September 22, 2020.

Conservatives appeared ready to throw the idea of electronic voting out the window, but NDP whip Rachel Blaney said the fact there were difficulties should not have been a surprise given that it was the first time the system had been used.

"What we've seen in other jurisdictions, in Canada even, is that when the testing starts, it's a little bit bumpy at the beginning," she said. "So the NDP is working very aggressively with all the other parties to try to get another round of testing.”

While the NDP and Conservatives were at odds over what approach MPs should take to the return of Parliament, they were united in blaming Prime Minister Justin Trudeau and the minority Liberal government for not doing more to find a consensus earlier.

“I think Trudeau made a huge blunder by not giving any intention, any time, any strategy to how Parliament would resume its full function, and Canadians deserve that,” said Conservative MP Rachael Harder.

The Liberals can technically wait until November to bring back committees, said Conservative House leader Gerard Deltell. But he described such a delay as "totally unacceptable."

"The prime minister decided by himself to stop and to kill the committees in the last month," Deltell said. "So Canadians need and deserve to have a real Parliament working."

Singh said the Liberals should have done more to address a problem first raised when the COVID-19 pandemic hit in the spring.

The NDP leader said he was frustrated and worried about the lack of agreement, given one of the first orders of business for the new session of Parliament will be deciding what to do with the Canada Emergency Response Benefit.

The $2,000-per-month benefit that millions of Canadians have received during the pandemic is set to end this week, with the government saying it plans to introduce legislation for three new benefits tied to the employment insurance system.

Singh said that if federal parties don’t reach agreement on how Parliament will function, Canadians could suffer.

“It's not like this date snuck up on us,” Singh said. “We know that we're just seven days away, a week away, from CERB ending. And that's for millions of Canadians their only lifeline."

Wouldn't the obvious solution to a glitchy connection day be the telephone? Novel old communication tool, clearly ... but it does work.

Rural MPs, broadband, whatever. They can get satellite, can't they? They can probably charge it as a work expense too.