What will the throne speech say about poverty? 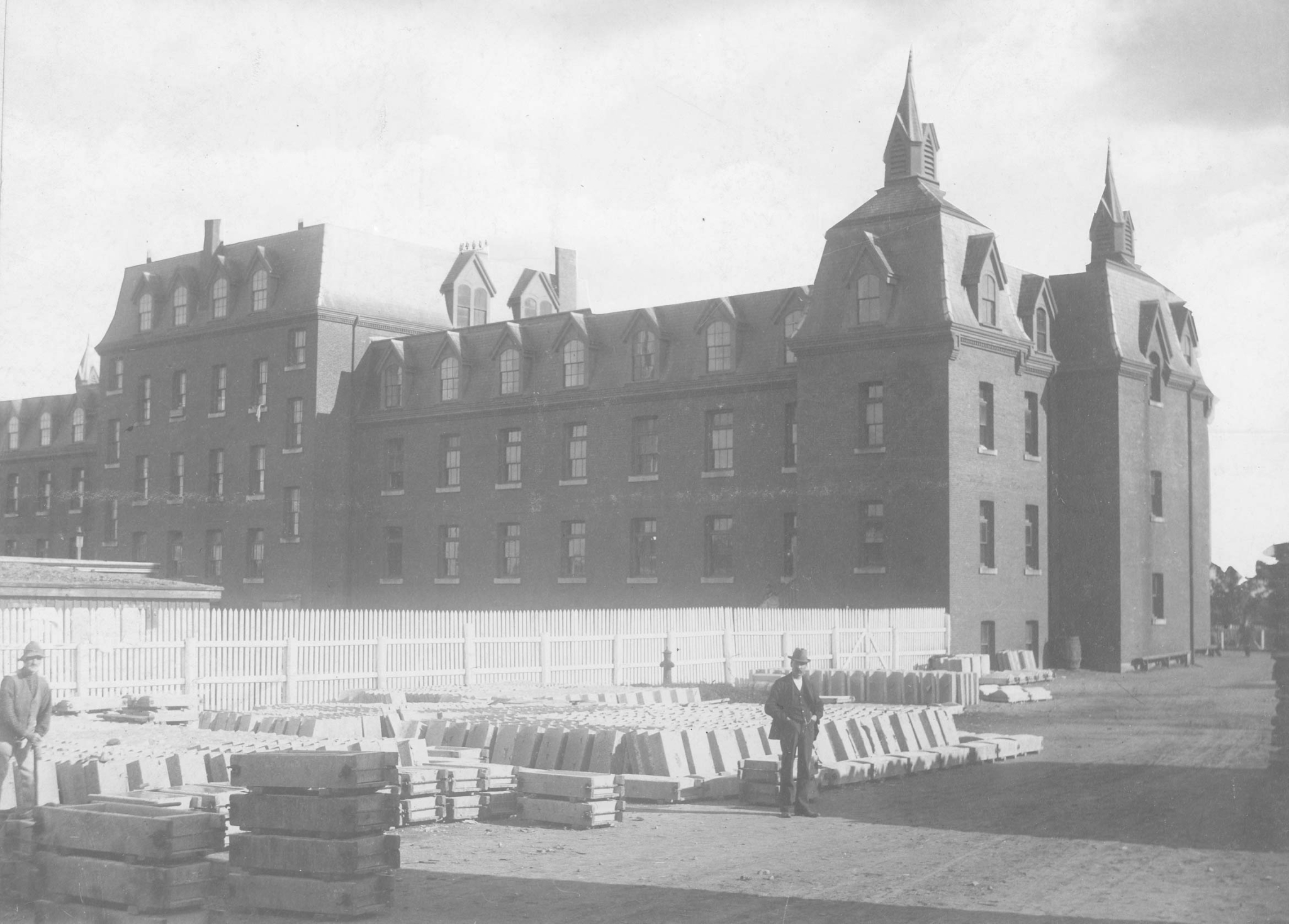 The Halifax Poor Asylum, pictured, was rebuilt following a fire in 1882 that killed 30 people. Some politicians thought the awful living in these institutions would “encourage the poor to correct their ways.” Photo: Halifax Municipal Archives
Previous story
Next story

Anti-poverty advocates and social policy wonks will be watching today’s throne speech for signs of how the government plans on addressing poverty in this complicated pandemic period. I, for one, am hoping the government chooses to leave behind notions of “deserving” and “undeserving” poor that have shaped social policy for almost two centuries. It’s the kind of fundamental shift that could lead to meaningful reforms, even some form of guaranteed basic income.

The differentiation between the good and the bad poor comes from England. The British Poor Law Amendment Act (1834) grouped people living in poverty into two camps: those who cannot work, and therefore are deserving of government supports; and those deemed capable of working, who are assumed to be responsible for their predicament, and as such less worthy of help.

In the mid 1800s, Canadians embraced the British approach, creating poorhouses and workhouses to house the two types of “poor people.” Those who ended up in poorhouses had their moral conduct closely supervised; those in the workhouses could be involuntarily leased to employers for little or no pay.

Historian Alvin Finkel has documented how some politicians saw the dreadful living conditions of workhouses as a way to encourage the poor to correct their ways.

With time, the federal government and the provinces began to create income supports for people in the poorhouses, especially children and seniors. These supports weren’t always adequate, but they continued to be expanded, and, for the most part, improved.

"Most programs for working-age adults don’t require them to live in institutions, Canada has never abandoned the notion behind workhouses, namely that impoverished working-age adults should be provided enough to avoid starvation, but nothing more."

The Canada and Quebec pension plans, Old Age Security and the Guaranteed Income Supplement combine to provide a basic income for seniors, though a middle-class retirement requires other sources of income.

Federal and provincial child-related income transfers and tax benefits, especially the Canada Child Benefit, prevent millions of children from living in poverty, even if one in five children still grow up in low-income homes.

Most income supports for seniors and children are income-tested, but they are not morality-tested. Everyone who needs them receives them, without intrusive individual assessments or conditions for the continuance of the benefit. And that’s because everyone within these groups is considered deserving of government support.

Working-age adults are a different story.

Though nowadays most programs for working-age adults don’t require them to live in institutions, Canada has never abandoned the basic notion behind workhouses, namely that impoverished working-age adults should be provided enough to avoid starvation, but nothing more.

Depending on the province, social assistance benefits for single individuals considered employable vary between 39 per cent and 58 per cent of the amount of money needed to live out of poverty. This is deep poverty.

Throughout the twentieth century, workers won a number of social protections, but almost all of these social programs are contributory and tied to employment status. This means access to these benefits depends on how much you earn and contribute. And governments can tighten eligibility rules at any time.

The best example of this kind of benefit is the Employment Insurance (EI) program: in the late 1980s, 83 per cent of workers could access benefits if they lost their jobs. In recent years, EI coverage rates have dropped to 42 per cent, with the coverage for low-wage workers estimated at an even lower 28 per cent.

For adults with disabilities, Canada offers contributory work-related benefits, some tax benefits and provincial social assistance. Social assistance benefit amounts are slightly higher than for those deemed employable, but recipients are subject to the same moral scrutiny as people who lived in the poorhouses.

Old assumptions about adults living in poverty are just that, assumptions. But they are frequently repeated, despite contrary evidence, and continue to shape social policy.

Recently, conservatives accused social assistance recipients of simply sitting at home, despite the extensive research showing that they toil day after day to escape poverty. Critics also contend that government assistance during the COVID-19 pandemic has prevented people from looking for work, even though economists have found no clear evidence of that.

We likely won’t find a guaranteed basic income in the throne speech, but here are other policies that could mark a seismic shift in Canada’s social security system, for example:

Enacting these policies would require the federal government to play a more active role in income security for working-age adults, akin to the role it plays in health care, affordable housing, old-age security and child supports. This is what we should watch for (and hope for) in today’s throne speech.

Frankly, distinguishing between "low-income *earners*" and "low-income *people*" IS a morality judgment.
And I would challenge the writer to produce a budget for living in Toronto on any of the social assistance programs, including those available to seniors (OAS/GIS), without "shopping" at a food bank, at the end of a TTC ride (hazardous and expensive). Food banks are notorious for being unable to provide food suitable for people with common food allergies (and not reachable by vulnerable seniors, or by disabled people who are supposed to "stay in".
There *is* no "official" poverty line, so claiming any percentage of "poverty line" is reached by any income support program is meaningless at best.
It's also worth noting that seniors on pensions, who cannot go out to work, live in poverty. So do many more children than is acknowledged. But the income supports for children do extend well into the middle class.
It also bears noting that not only has EI coverage reduced substantially over the years, but so has the level of benefits -- and it's been years since incomes at the bottom 3 quintiles have made any headway at all in staying above the official "rates of inflation." Which, ironically, include ever lowering costs of things poor people cannot afford, ever. Meanwhile, the costs of heat, light, water, garbage removal, and basic groceries increase annually at several times the "rate of inflation." And far beyond the rates of under-inflation increases to "welfare for pensioners", or programs for disabled people or others without income ... homeless people need not apply. And anyone self-employed is guaranteed to be homeless by the time they qualify for benefits (in Ontario, 3 months after any sales) ... and they'll wait up to 9 or 10 months to receive them.
In addition, the "regular" WITB isn't available to anyone on any income program, because of how it's designed, and the disability supplement can never reach the maximum WITB.
Just FWIW.
Basic income at the level of any of the "welfare" programs isn't enough to live on, and would severely increase depth of poverty if it were funded on the basis of reducing "ancillary" benefits available to poor people.
Why not instead make all the non-refundable tax credits *refundable* (as most of them used to be), and make them income-qualified. In the other direction: you don't get them if you make enough money to qualify for them now ... and you do get them if you don't. What a novel that would be: stopping the incessant transfers of income from the poor to the much better off -- or even reversing the flow!
One of the big problems of people offering random opinions and prescriptions for income maintenance programs, is that they have no idea what they're talking about, in terms of actual dollars and cents.
And if they do, they should be ashamed of themselves for their misrepresentations, or manipulation of the "minds" of those who think it sounds like a good idea, but don't know the facts on the ground, as it were.