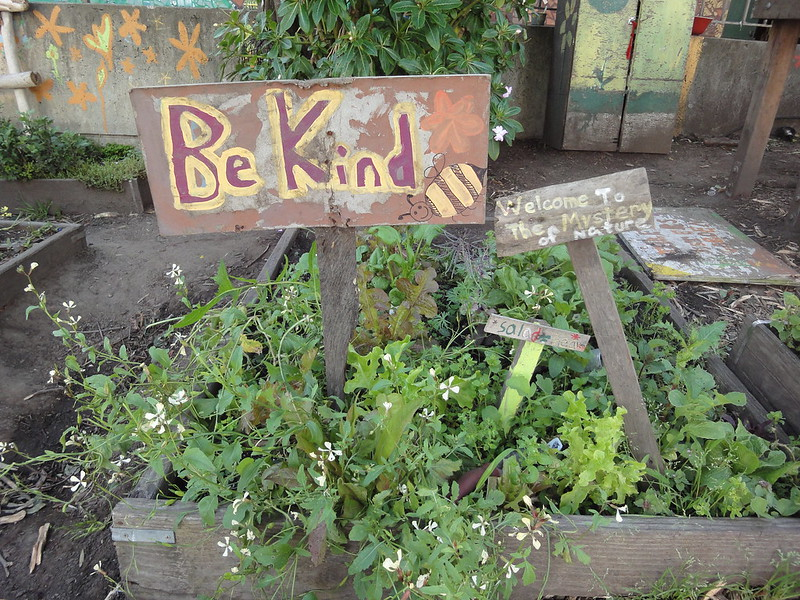 School gardens can play an important role in school meal programs, helping students learn how to grow and appreciate food throughout the food system. Photo by Jim Forest/Flickr
Previous story
Next story

School meal programs should be more than a meal — they should anchor school curriculum and root kids into their school, advocates say.

Canada is the only G7 country without a national school meal program, with a patchwork of school-based and regional programs partially filling a gap exacerbated by the pandemic. It’s an inadequate system that needs reform — an opportunity, say advocates pushing for a universal, national school lunch program, to rethink the role of food in Canadian schools.

“We don’t prioritize healthy food in our lives or in Canada ... we have a very old-fashioned division of labour in Canada between what is so-called provincial jurisdiction and so-called federal jurisdiction ... and the Canadian government is loath to create new social programs that may get expensive when, in fact, we believe this program would save money because of the (beneficial) health impact.”

Roughly 20 per cent of Canadian households with children struggle with food insecurity, according to a May report by Statistics Canada. School meals are essential to helping those kids get enough food — but they also play a larger role, benefitting students across the socio-economic spectrum and contributing to societal well-being more broadly.

School meals have been shown to have a suite of health benefits, both for individual kids and communities as a whole. That includes higher fruit and vegetable consumption, reducing the risk of heart attack, stroke and Type 2 diabetes.

They’ve also been found to improve kids’ overall diets and help them enjoy a greater diversity of foods and healthier, more plant-based diets into adulthood — a win for public health and sustainability (diets with more plants have a smaller carbon and water footprint).

The programs are also associated with better academic performance, and students who eat breakfast have been found to graduate high school more than those who don’t. Emotional well-being and resilience have also been shown to increase among students with access to meals at school.

“School meals, ideally, attend to the basics of living — that is healthy, nutritious food available in our schools for children and faculty as a way to promote well-being. And (they should) be designed intentionally to level the playing field and reduce inequality,” said Shannon Turner, executive director of the Public Health Association of British Columbia.

“There needs to be a universal approach to eating together. This is not an exchange for welfare reform, this is an additional support to families (that) will not get rid of poverty but will support ... families,” said Debbie Field of @C4HSchoolFood

And the programs’ impacts on tackling inequality, Turner explained, expand beyond keeping bellies full to support both health and academic performance, particularly in B.C.

“The B.C. (school food) model focuses on embedding (school meals) within the curriculum. (That) makes it easy for teachers and farmers and students to work co-operatively to enhance their education around healthy eating,” she said.

It’s an approach that puts food, and the journey it travels from farm to fork, at the centre of the school’s educational model, setting the stage for a generation of British Columbians who know how to grow, source and cook healthy food. And hopefully, Turner said, developing that knowledge base will help support healthy practices among the broader population and increase support for a more sustainable, local food system.

That’s why those programs are so important — and why universality is key, Field said.

“Almost all politicians and journalists, when they first look at the (school food) issue, assume that what we’re talking about is something for poor kids at school,” a problem because it singles out lower-income kids from the general school population, often exacerbating already stressful social situations at schools and pushing some to avoid the meals altogether.

And poverty isn’t the only reason kids go hungry, she said. A range of issues — social pressure, eating disorders, a home situation, regardless of income, that doesn’t prioritize food — can all push them away from eating well and developing a healthy relationship with food.

“There needs to be a universal approach to everybody eating together ... This is not an exchange for welfare reform, this is an additional support to families (that) will not get rid of poverty but will support working families,” she said.

This kind of support is also essential to increasing equity among parents and getting women into the workforce, she noted, as the burden of worrying about and preparing kids’ lunches primarily falls on mothers. This is an especially pressing issue in light of the pandemic-induced “she-cession,” which has seen a disproportionate number of women pushed out of the workforce by COVID-19.

NOURISH KIDS NOW - INVEST IN SCHOOL FOOD
We are calling on the federal government to make a cost-shared investment in healthy, universal school food programs.

Join us and make your voice heard. Check out ⬇️ how you can do your part!
​#NourishKidsNow https://t.co/iqGBZXKpRy pic.twitter.com/vyFJel4tof

The range of public policy issues that school food programs can help address — hunger, inequality, public health, sustainable food production and gender equity — mean that developing a comprehensive national program should be a priority as the federal and provincial governments look toward a post-COVID-19 world.

“Increasingly, we think people can see how important these programs are ... and the government prides itself on being a government that talks a lot about systems change.”