Amy Goodman of Democracy Now! joins Linda Solomon Wood for 'The next 4 years'

By Shaghayegh Tajvidi  | News, US News | November 4th 2020
#27 of 32 articles from the Special Report: Conversations 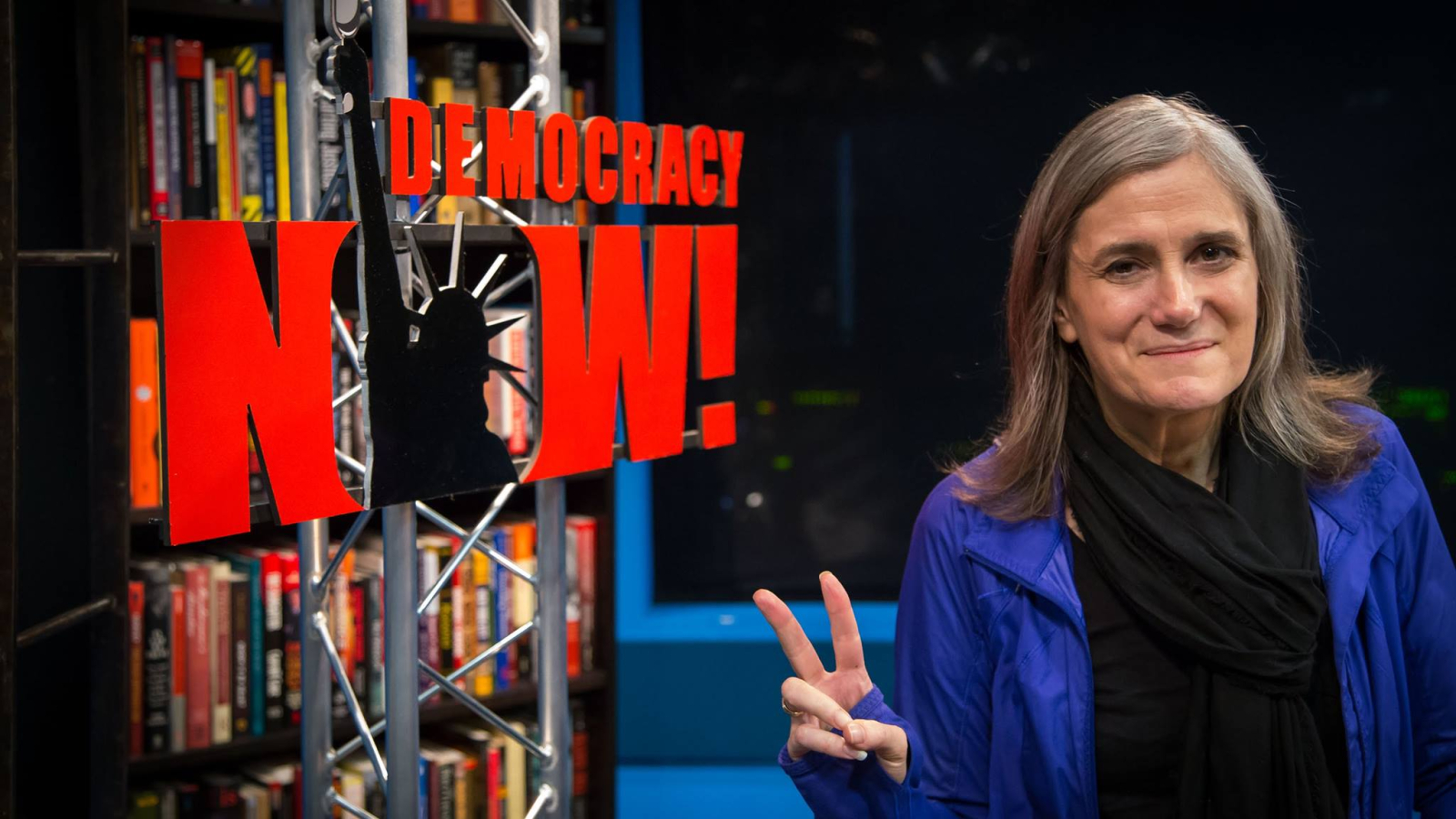 “This really isn’t about who exactly is in the White House. It’s about whether there is space for people to be able to function in a democratic way… What happens in this country has enormous implications for the rest of the world. There was suffering before Trump but this has been taken to a new level.”

—Amy Goodman in her interview with Julian Casablancas of The Strokes

In her decades of vigilant news reporting, Amy Goodman, revered host of the award-winning Democracy Now!, has seen it all — though witnessing New Yorkers participate in early voting in a presidential election was a first for the veteran political journalist.

“The line was 10 hours long. We’ve broken voter turnout records in this country in the early vote alone,” Goodman said on the phone last week. “This is just unheard of here. This is the most significant U.S. election in our history.”

This Thursday, Nov. 5 at 7 p.m. ET/4 p.m. PT, we invite you to join Goodman and Canada’s National Observer editor-in-chief Linda Solomon Wood as they look ahead to the next four years and take the pulse of American democracy.

You can register to join the conversation here, and send your questions in advance to [email protected] for a chance to participate in the discussion.

As the results of a historic U.S. election continue to roll in, journalists, politicians and pundits on both sides of the U.S.-Canada border will be trying to make sense of what the future holds for the United States and its neighbours. When the dust settles and all the ballots are counted, how Americans vote and who becomes the next president will have lasting impacts that extend across the border and beyond.

As part of Democracy Now!, a daily independent news program airing on more than 1,400 public television and radio stations worldwide, Goodman is known for thoughtful, in-depth reporting that highlights voices and stories often excluded from mainstream news. With a unique perspective and more than two decades of inclusive journalism under her belt, she joins Canada’s National Observer this week to share her insights on the 2020 election campaign and the future ahead.

The last two questions of the

The last two questions of the exit poll didn't provide a way to respond:
Would you consider inviting a friend next time?
Want to help us brand our Zoom/Podcast? Suggest a title.
Is there some way we can suggest a title--maybe here?