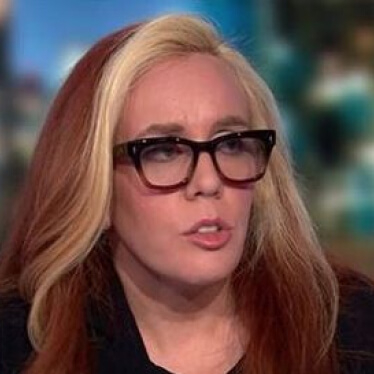 Molly Jong-Fast is an editor-at-large for the Daily Beast and one of America's sharpest political commentators. Photo courtesy of Molly Jong-Fast
Previous story
Next story

Donald Trump’s campaign rhetoric will become even more manic and the U.S. election even more bizarre in its final two weeks as the president faces likely defeat, one of his most acerbic media critics says.

"There could still be a lot of 'f*ckery', Molly Jong-Fast talks with Linda Solomon Wood

In a public conversation Tuesday with Linda Solomon Wood, editor-in-chief of Canada’s National Observer, Jong-Fast said Trump seems to be “decompensating” since he was infected with COVID-19. “I wonder if it’s because he’s on steroids? Or maybe he was just able to control his mania better last time in 2016.”

Exhibit A is Trump’s frantic attempt to get his Justice Department and the mainstream media to investigate emails allegedly belonging to Hunter Biden, the son of Joe Biden, the president’s Democratic challenger. Trump is expected to attack Biden over his son’s business activities during the debate Thursday.

“He seems very jacked up and frenetic,” said Jong-Fast. “This debate will be crazy.”

Even though all the polls give Biden a clear edge nationally and in the battleground states, Jong-Fast said that she and many other Democrats remain haunted by Hillary Clinton’s unexpected defeat in 2016 and by Al Gore’s razor-thin loss to George W. Bush in 2000.

“What am I worried about? I am worried about everything all the time. Worry is like my thing,” said Jong-Fast when asked what her fears are about the campaign’s final stage.

“I hate to put anything past Donald Trump because he’s a desperate man. Not desperate in the way that Dubya (Bush) was desperate. He’s desperate in a way we’ve never had.”

“This experience of having a president so disruptive and evil has made Americans more interested in having a government that is good and boring,” @MollyJongFast said in a conversation with @NatObserver on Tuesday.

Jong-Fast worries that Attorney General Bill Barr could make statements or launch legal proceedings designed to undermine Biden. “I think there could still be a lot of fuckery. Bill Barr is very committed to Trump, and he is really good at doing scary stuff. Trump has the same tricks, but I am not sure that they are going to work this time.”

Jong-Fast also fears the selection of Amy Coney Barrett to the U.S. Supreme Court could embolden the court’s conservative majority. She worries the court could undermine a new Democratic administration’s attempt to stimulate the economy and provide a public health-care option for Americans struggling with COVID-19.

Jong-Fast said the media has become attuned to campaign disinformation and is now reluctant to repeat allegations from Trump and his surrogates against Biden without substantial evidence.

“We’re seeing that the American media has learned a lot of lessons, so that’s very exciting. It’s only been four years and it’s been a steep learning curve.”

Despite Trump’s unhinged claims of voter fraud and hints that he might not accept the Nov. 3 election’s result, Jong-Fast believes the Republican president will leave the White House if the vote is decisive.

“The way it looks now, he could get a shellacking. And let’s hope he does, because if it’s close, he’ll fight.”

Nevertheless, The New Abnormal podcast host takes comfort in how Trump frequently does not follow through with his threats. “The thing about Trump is that he tries to do crazy disruptive things, but he often backs down,” said Jong-Fast. “So that gives me some hope.”

The president’s constant attacks on “fake news” reporters have made life difficult for many journalists, she added.

Jong-Fast, who is the daughter of Erica Jong, author of the bestselling feminist novel Fear of Flying, said the female vote could doom Trump.

“It’s hard to argue that Trump wasn’t a big lose for women in America. He had all these sexual assault allegations and all this coarse language about women,” said Jong-Fast.

“But polls show that women are just not breaking for him the way they did in 2016. So it will be delicious if women are the reason that he loses.”

Asked if America could return to normal if Trump loses, Jong-Fast said the jury is out. “Trumpism isn’t like Dubya (Bush). It’s not even like Nixon. Like it’s this huge shift. This group of really scary racists has been emboldened by Trump.”

The Republican party could choose to stay with Trumpism even if Biden wins, she added. “If Trump loses, he could run again. Or Donald Trump Jr. could run. Or (Fox News host) Tucker Carlson could run,” said Jong-Fast. “And a Tucker Carlson candidacy would make me long for a Trump presidency.”

She doubts a defeated Trump could ever be jailed for tax fraud or any other criminality. “Americans don’t jail their presidents. We didn’t jail Nixon. It’s just not the way things are done here.”

An attempt to prosecute Trump could make it more difficult to unite the country around democratic norms, she added. “American democracy needs as much help as it can get. So if not jailing Trump will help us stay a democracy, then I say I am all for it.”

Asked by the National Observer’s Solomon Wood if she had any parting words for Canadians, Jong-Fast responded in a very Canadian way: “We’re sorry. We’re sorry. It just got away from us.”

She said that the long lineups seen during early voting in the U.S. indicate many Americans are ready for a less-chaotic style of governance

“This experience of having a president so disruptive and evil has made Americans more interested in having a government that is good and boring.”

See all our Conversation events and recordings here.

A new abnormal with Molly Jong-Fast, purveyor of blunt truth and dark humour for a world in chaos

Re: "She doubts a defeated

Re: "She doubts a defeated Trump could ever be jailed for tax fraud or any other criminality. “Americans don’t jail their presidents. We didn’t jail Nixon. It’s just not the way things are done here.”

"The Equal Protection Clause is from the text of the Fourteenth Amendment to the United States Constitution. The clause, which took effect in 1868, provides "nor shall any State ... deny to any person within its jurisdiction the equal protection of the laws". It mandates that individuals in similar situations be treated equally by the law."

With entrenched gerrymandering, extensive and ongoing voter suppression and the "Electoral College", how elastic must the definition of American "democracy" be before it snaps into fragments?
Or does it waste away like a neglected child in a locked cellar- finally a shadow of skin and bones?
Now I hear that an American ex-president won't face his egregious crimes, because America treats its leader - however sociopathic and twisted- as never subject to its laws for all other citizens. I'm now imagining: if Donald Trump shot someone, what would happen? Let me guess.
Journalists have been craven and submissive in their dealings with The Emperor Who Has No Clothes. It took a woman reporter who finally compared Trump- to his face- to "somebody's crazy uncle". And it took ages... ...years... before this happened. America had better not snigger at Britain's nominal monarchy.