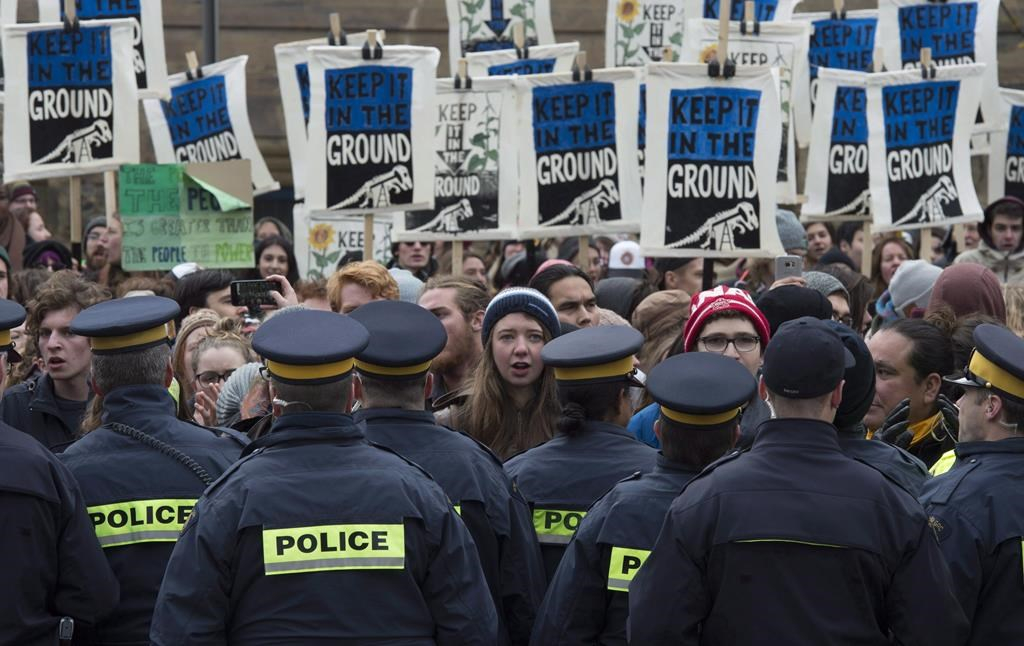 A civil liberties group is heading to court to force the release of a long-delayed watchdog report on its complaint about alleged RCMP surveillance of anti-oil protesters.

The British Columbia Civil Liberties Association says the Mounties have been sitting on the report for more than three years and the group is now asking the Federal Court to order its disclosure.

The move comes after the Mounties missed a Nov. 7 deadline set by RCMP Commissioner Brenda Lucki to finalize the national police force's input into the document, which would allow the Civilian Review and Complaints Commission for the RCMP to release it.

"The RCMP public complaints system is completely broken," said Paul Champ, a lawyer for the association. "Complaints are taking years and years to resolve, and that means the Canadian public is being denied the right to know about RCMP wrongdoing."

The civil liberties association's notice of application, filed Monday in Federal Court, seeks an order declaring the "extensive and unconscionable delay" of the report has interfered with the association's ability to speak about important public matters, breaching its charter right of free expression.

It also asks the court to order Lucki to respond to the interim report within 14 days.

The association lodged a complaint in February 2014 with the complaints commission. It alleged the RCMP improperly collected and shared information about people and groups who peacefully opposed the planned Northern Gateway pipeline project and attended National Energy Board meetings.

The association said monitoring, surveillance and information-sharing with other government agencies and the private sector created a chilling effect for those who might wish to take part in hearings or other public discussions on petroleum issues.

A civil liberties group is heading to court to force the release of a long-delayed watchdog report on its complaint about alleged RCMP surveillance of anti-oil protesters.

In a June 23 letter to Lucki, Champ noted the RCMP Act imposes a legal duty to provide a response to the commission's interim report "as soon as feasible."

"It is our view that three years for your review and response to the CRCC's interim report is clearly an unreasonable delay not contemplated by the statute, whether the delay is due to insufficient allocation of resources or any other cause," Champ wrote.

In her Aug. 7 reply, Lucki said she had advised the complaints commission chairwoman that she "would try to provide her with my response to the interim report within 90 days."

"I recognize the time the RCMP has taken to respond to the CRCC's interim report in this matter has not been ideal," Lucki wrote.

Champ expressed disappointment in a followup letter to the commissioner.

"With respect, this delay is inexcusable and undermines the confidence that the public has in the public complaints process in the RCMP Act and in the RCMP itself."

Champ told Lucki that in the event she did not respond to the complaints commission by Nov. 7, he would seek instructions from the association to head to court.

This report by The Canadian Press was first published Nov. 10, 2020.