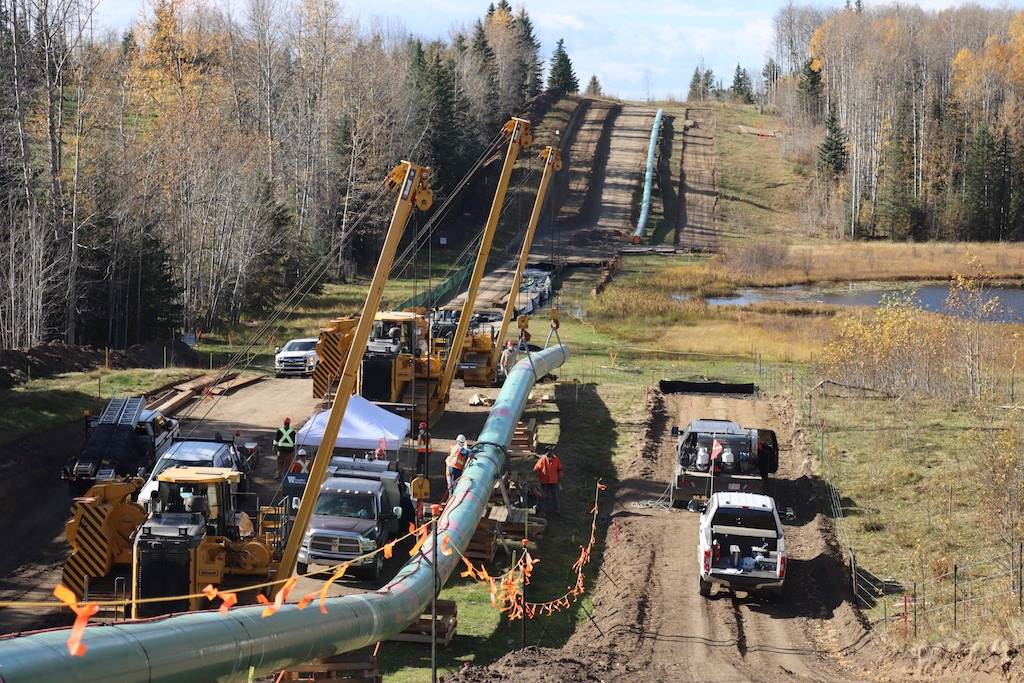 Canada and Saudi Arabia are the “worst performers” amongst their respective peers when it comes to the scale of support for oil and gas production, a new report says.

The office of Canada's environment minister said in response that the government has made “significant investments” in protections for air, water and natural areas, and towards a low-carbon economy, and said a promised peer review with Argentina of industry subsidies “remains a priority.”

G20 countries including Canada have promised to stop giving public money to the fossil fuel industry. Canada, however, was one of seven nations the organizations studied that actually increased the amount of public finance committed to the industry, on average, between 2014 and 2018.

When it came to the scale of government support aimed specifically at oil and gas exploration, production, refining and transportation on average from 2017 to 2019, Canada and Saudi Arabia stood out as the most prolific amongst their economic peers.

“Canada and Saudi Arabia are the worst performers in terms of the scale of support for oil and gas production of OECD and non-OECD member countries, respectively,” reads the report, called “Doubling Back and Doubling Down: G20 Scorecard on Fossil Fuel Funding.”

Canada has the world’s third-largest proven oil reserves behind Saudi Arabia and Venezuela, estimated at 171 billion barrels of oil, almost all of which is found in Alberta’s oilsands.

But the global scientific consensus is that exploiting proven reserves of oil and gas will raise global temperatures past 1.5 C above pre-industrial levels, the threshold after which the planet is at much greater risk of extreme drought, flooding, heat waves and poverty due to climate change.

Canada and Saudi Arabia are the “worst performers” amongst their respective peers when it comes to the scale of their support for oil and gas production, says a new report.

“Yet we’re making the least amount of progress in eliminating this support, and actually increasing the amount of money being handed out to oil and gas companies.”

Moira Kelly, press secretary for Environment and Climate Change Minister Jonathan Wilkinson, said the Trudeau government had made “significant investments to protect our air, water and natural areas for our children and grandchildren” and also invested to generate a “world-leading clean economy.”

That includes Canada's commitment in 2009 with its G20 partners to phase out “inefficient fossil fuel subsidies” by 2025, said Kelly.

Kelly said the government had “already eliminated eight out of nine tax breaks for the fossil fuel sector” and was “working closely” with Argentina on completing a peer review of each country's fossil fuel subsidies, first promised in 2018.

“This peer review remains a priority, and we will continue to work closely with Argentina to complete it as soon as possible,” Kelly said. “Our government will continue working with Canadians to cut pollution across the economy in a practical and affordable way.”

According to the environment commissioner, federal departments have run into trouble trying to define what fossil fuel subsidies are and which ones are inefficient.

When the federal Environment Department, for example, examined 23 out of approximately 200 possible federal organizations for non-tax subsidies — things like government grants or research funding — it found four subsidies, none of which it decided were inefficient.

The department also did not consider the government's $4.5-billion purchase of the Trans Mountain oil pipeline and expansion project in its assessment of subsidies.

Fossil fuel subsidies review may not show results until 2021

Thank You Canadian Petroleum Producers, your lobbies your bought and paid for politicians, for putting Canada in the same company as Saudi Arabia. Don't you just wish you had the same autocratic powers to jail, torture, execute and dismember your critics?