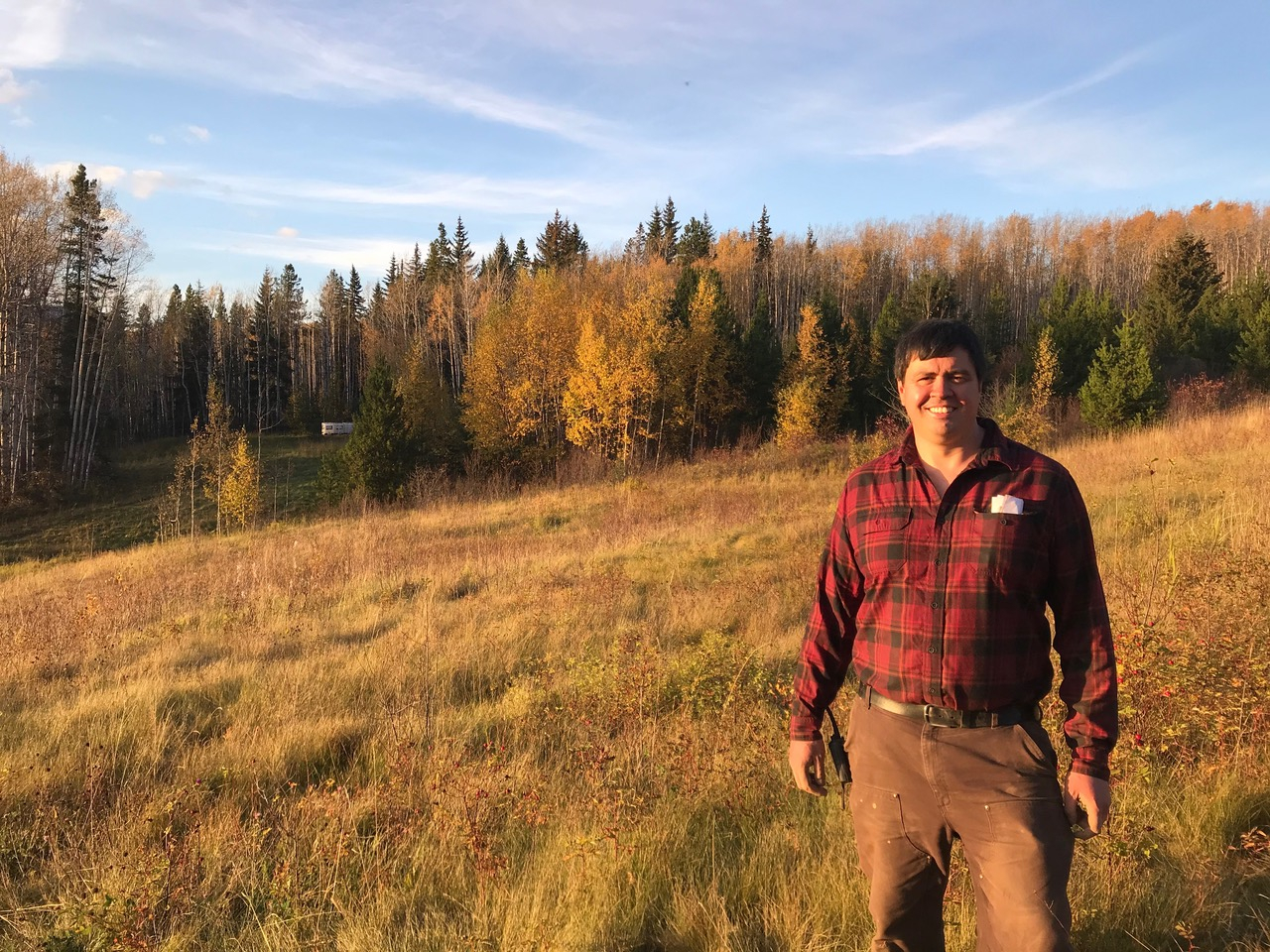 Jacob Beaton wouldn’t be a farmer without lettuce. Lots of lettuce.

It was among the first vegetables he grew using agro-ecological techniques on the small farm near Kitwanga, B.C., that he co-owns with his partner, Tea Creek Farm. These techniques, which maximize the productivity of small plots of land by organic weed reduction, soil fertilization and irrigation systems, are well-known by organic growers worldwide. For Beaton, who is Tsimshian, they were also a possible solution to rampant food insecurity in the First Nations surrounding his farm.

“We want to see resilient communities built on abundant, local agriculture,” said Beaton. “(We teach) a set of proven ideas that can lead to abundance, local food production in the future, and start to address food insecurity we have here.”

Northern B.C. is the most food-insecure part of the province, with about 17 per cent of households going hungry before the pandemic, according to B.C.’s Public Health Services Authority.

The region surrounding Kitwanga is particularly hard hit. About 27 per cent of the population in Beaton’s census region is classified as low-income, according to Statistics Canada, and poverty is a key driver of food insecurity. Food, particularly produce, is also more expensive in the area due to steep transportation costs — if it can get to grocery store shelves at all.

“The (B.C.) food distribution network, it all goes through the city and that functionally means that Vancouver, in B.C., gets first dibs on food because that’s where the warehousing is,” said Beaton. COVID-19 made that vulnerability crystal clear, with delivery trucks from southern B.C. repeatedly arriving at local supermarkets with less food than the stores had ordered.

For Beaton, it was an affirmation that increasing local agricultural production is essential to the region’s food security. Especially when, short on supplies, the stores turned to Beaton and his lettuce (and other produce) for their supply.

“To actually improve food security, you have to do a couple things that are critically important,” he said.

“You have to produce food,” lots of food, he explained. For instance, he aims to produce hundreds or thousands of heads of lettuce and other greens — which provide much-needed fresh food — not “a couple dozen,” as many gardeners do.

“Then there are issues of accessibility and affordability,” he said, both issues where getting local food into grocery stores — as opposed to selling at farmers markets — is key.

“(Farming) is exhausting, but we get up in the morning and there’s a big part of us that wants to do it,” said @jacobbeaton from Tea Creek Farm. “It feels good to grow food and to provide food to the community." #foodsecurity #sustainableag

According to Beaton, he can offer his produce at an equivalent cost to imported goods because of his reduced transportation costs. That’s a major advantage over small farmers in more accessible parts of the province who often have to compete against dirt-cheap prices.

The third part of Beaton’s vision to increase local food security centres on increasing how many people grow food. Farming is a skill few in the area have, in part because of colonial policies that forced Indigenous people onto tiny reserves and children into residential schools.

Helping rebuild the skills needed for food self-sufficiency is a key part of the farm’s purpose, Beaton explained. He also hopes to teach agro-ecological techniques he has borrowed from other parts of the world that can increase food production with relatively little labour.

It’s a need the pandemic-emptied grocery shelves — and the spike of interest in Beaton’s farm by his neighbours — made more acute.

“In April, I had this kind of ‘aha’ moment,” said Beaton. “We need to be training people because we’re the only ones in our valley that are able to do this. We were the only ones that had the ability to potentially go out and help get a garden established, or (help others) farm.”

In addition to offering support to those who reach out, Beaton is collaborating with four local First Nations to offer agricultural training programs in the near future.

Funding-dependent, these would be available to community members free of charge and teach agro-ecological farming techniques and tractor maintenance. He’s also collaborating with the communities to develop long-term food security plans, drawing on skills built during an earlier career as a business consultant for First Nations across Canada.

Still, despite the busy schedule, Beaton makes sure to carve out time with his hands in the dirt and the community it is helping to feed.

“(Farming) is exhausting, but we get up in the morning and there’s a big part of us that wants to do it,” he said.

“It feels good to grow food and to provide food to the community. We’ve experienced a ton of goodwill from the community, and that’s different from what I was doing before. It feels like we’re part of the community now, which is a huge plus.”

It's nice to see local

It's nice to see local initiatives but I keep thinking we need to start thinking really differently about what we grow and what we eat especially with global warming and disruption of supply chains. Many years ago due to budget restrictions I moved to a pulse/legume diet because there is so much you can do with chickpeas, lentils, dried beans. Canada has become one of (or maybe even number one) producer of pulses in the world. As a cheap, nutritious source of protein that is easily shipped we should be teaching people how to use this food source and how easy it is to make palatable. And instead of growing lettuce, with little nutritional value, we should be growing cabbage, spinach and other cold hardy vegetables that can easily compliment the pulses.

Jacob and his family are

Jacob and his family are doing amazing work! Learn more about him and his farm in this 54 Degrees North podcast series on food security: https://www.buzzsprout.com/702466