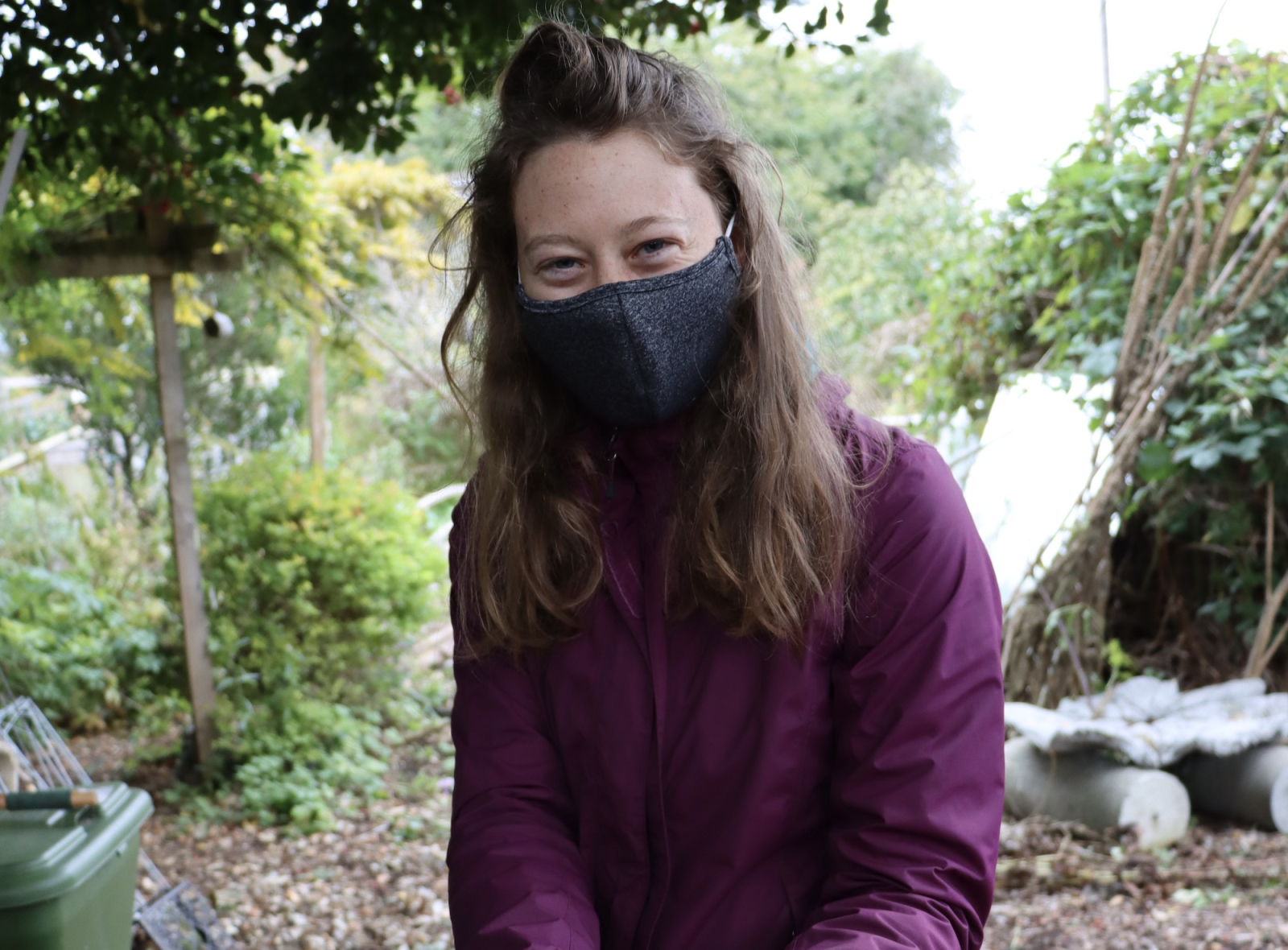 Andrea Lucy expected the pandemic would hold challenges, but finding worms wasn’t on her list.

“If you’ve got worms right now, you can make real money.”

Vermiculture, like sourdough, has become a pandemic pastime. The worms live in bins, need little more than water and food scraps to thrive and can (almost) replace a pet. And with more than half of Canadians growing food this year, compost has been in high demand.

It’s a passion Lucy knows well. Her classes use the worms to teach kids basic composting and biology and aim to foster curiosity and passion for their food’s entire lifecycle, from farm to fork to fertilizer.

Worms are key to this learning process, she explained, because unlike bacteria, they’re easy to see and handle. That makes it easier for kids to get curious about them, and start to learn more about decomposition and soil health on their own.

“With the kids, I try to take them from an ‘eww’ to a ‘oh, interesting,” she explained. “I set (the class) up for the kids to be little scientists and learn with their observations of the worms.”

Usually, she’ll give the class a “worm bin,” a lidded plastic container with about 40 worms. That’s a bit less than what most households would use, but it’s perfect to teach them the basics. That includes making sure the worms have enough water, as their skin needs to be moist for them to breathe, and that food scraps are placed in the right part of the bin (the corners).

In pre-pandemic times, she’d work with about 60 classes throughout the school year, and about half of them would keep the compost bin for the duration of the academic year. That’s ideal, she explained, because it lets the kids see the composting process in its entirety.

It’s a model that has been going on since the early 1990s, explained Mike Levenston, founder of City Farmer.

“For some people, worms are very icky. Other people, they’ll tell you they’ve gone down the street after rain, and they feel so bad for these worms that are on the sidewalk, they pick them up and put them in the ground so they’re safe. There’s a strange connection,” he said.

A connection that generations of Vancouver kids have experienced first-hand. Levenston said that he regularly meets adults who remember the worm composting class they took when they were kids in elementary school.

It’s a passion that is particularly easy to foster because worms are so easy to care for. Unlike chicks and other common class pets, worms can go several days without needing fresh water or food, Lucy explained.

“For most classes, one lunch with the kids, there will be enough food scraps from that to take care of it (for a week),” she said.

The worms also need regular additions of straw or packing paper to maintain a moist and well-oxygenated environment, and some water. With their basic needs met, they can continue thriving for years — Lucy knows a woman who has kept a vermiculture bin flourishing for roughly 30 years. That simplicity is a big part of the program’s appeal.

“A lot of schools don’t have huge field trip budgets,” Lucy said, making it more difficult for kids to interact directly with the natural environment while in school. Worms can help bridge that gap.

“(The program) makes it really accessible because you don’t have to have a bus, it brings the ecosystem inside.”

Still, the pandemic has forced her to transform how the classes are delivered. Instead of visiting classes inside school buildings, Lucy has only met the students outside, where social distancing is easier. She also stays physically farther away, unlike before COVID-19, where she would often be crowding around worm bins alongside the students.

She also created a semi-virtual lesson plan where teachers are given worms, straw and bins, and she teaches students how to use them through an online platform like Zoom — with their teacher’s help.

“(This way) they’ll have the full tactile experience, but it does require the teachers being comfortable handling worms,” she said.

“This is a huge make-or-break question (because) it puts a lot more responsibility on the teachers. Often, they’re inviting me because their kids are super interested, so they’ve resigned themselves to the fact that this would probably happen.”

So far, no teachers have asked for that option, preferring for her to visit in-person and hold the classes outside, she said. And while autumn has made her schedule less busy, she anticipates a fresh surge of interest come spring.

“It’s a strangely popular topic. People love it,” he said.