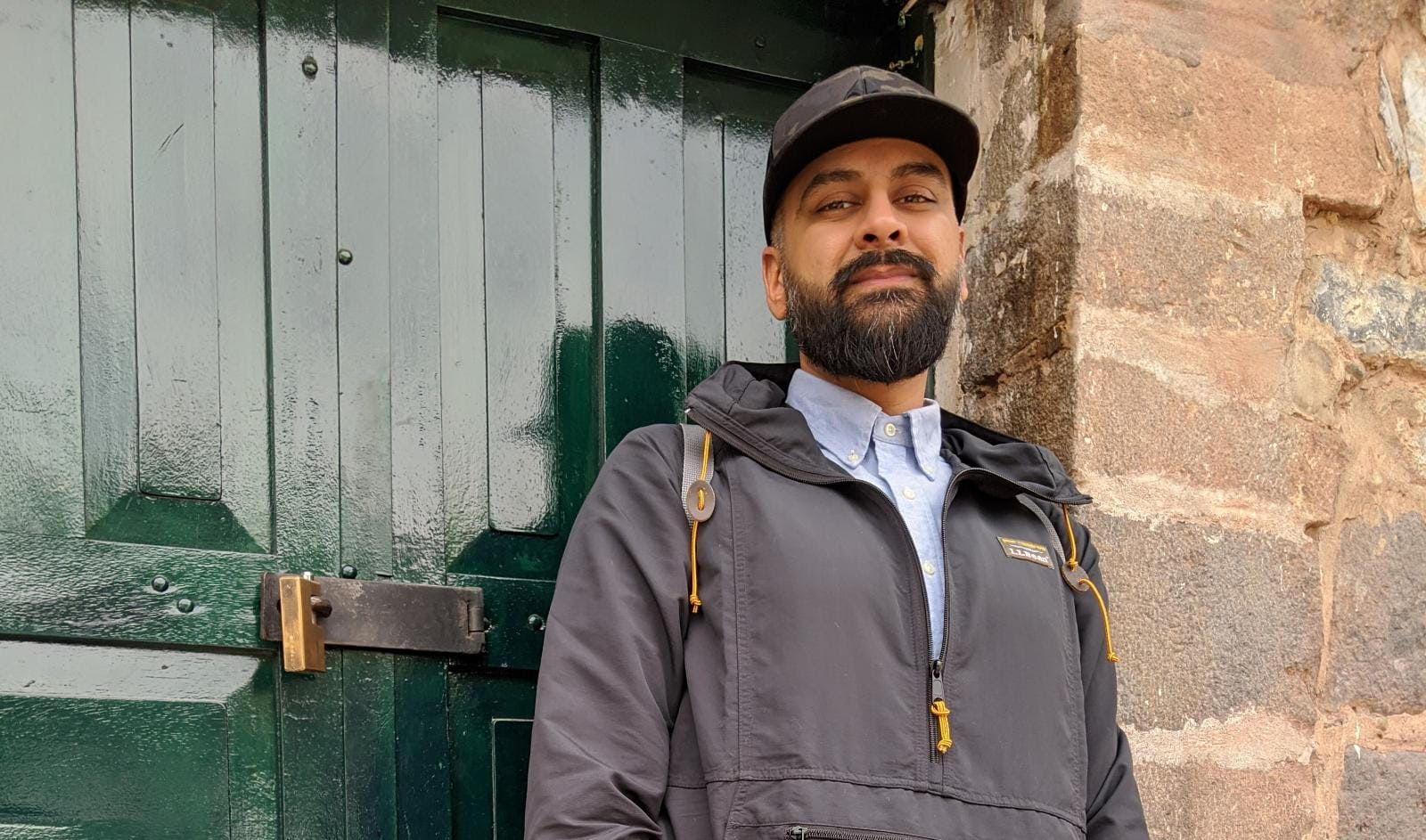 Jaskaran Sandhu is the former executive director of the World Sikh Organization and a political consultant living in Brampton, Ont. Photo by Jaskaran Sandhu
Previous story
Next story

As hundreds of thousands of protesting farmers in India inch toward the capital of New Delhi, a rising number of South Asian Canadians are raising their voices to oppose violence levelled at the peaceful crowd. Police armed with water cannons and batons have attacked the protesting farmers, who are marching to oppose new legislation that disadvantages small farmers in favour of large corporate landholders.

The plight of the protesters resonates with the South Asian diaspora in Canada. More than a million South Asian immigrants live in Canada, and the total number of Canadians of South Asian descent is almost two million.

“A lot of folks who are here in Canada have land back home or have immediate family that still resides back in Punjab,” said Jaskaran Sandhu, former executive director of the World Sikh Organization who lives in Brampton, Ont.

“So, the implications of a farmers bill directly affects people living here.”

South Asian Canadians, especially Sikhs, many of whom come from farming backgrounds, are posting concerns on Twitter and Instagram using the #StandWithFarmers hashtag, symbolizing a movement aimed at raising awareness of the violence carried out by the Indian state against farmers who are fighting the legislative reforms.

“Everyone I know is talking about it. It's the biggest issue in the South Asian community right now. We all know a farmer and have loved ones back home who will be affected,” said Sandhu.

The three bills, which have already been passed by the Indian legislature, await Prime Minister Narendra Modi’s approval, which at this point is a foregone conclusion. The reforms would deregulate the farming system, which comprises 15 per cent of the country’s $2.9-trillion economy. They would allow larger private companies to control a segment of the economy that has been under government control for years. Farmers who live off their lands as both a source of income and food fear they cannot contend with major conglomerates that are able to buy more land and undercut their prices.

Additionally, rules around storage, pricing and sales of farm produce are changing. Previously, the Indian government controlled the markets and often set prices to limit price-gouging. The new rules would leave farmers competing in a free market against large-scale corporations.

As hundreds of thousands of protesting farmers in India inch toward the capital of New Delhi, a rising number of South Asian Canadians are raising their voices to oppose violence levelled at the peaceful crowd. #farmersprotest

When it comes to the politics of another country, politicians often stay silent to maintain peaceful relations. However, during a virtual event to celebrate Gurpurab, a day to celebrate the founder of Sikhism, Guru Nanak Dev Ji, Prime Minister Justin Trudeau addressed the situation unfolding in India.

“I would be remiss if I didn’t start also by recognizing the news coming out of India about the protest by farmers. The situation is concerning, and we’re all very worried about families and friends. I know that’s a reality for many of you,” Trudeau said over a Zoom call.

Trudeau went on to talk about the need to stand together.

“Canada will always be there to defend the right to peaceful protests. We believe in the importance of dialogue, that’s why we’ve reached out through multiple means directly to the Indian authorities to highlight our concerns,” he said.

NDP MPP Gurratan Singh was among the Canadian politicians voicing concern about the protests. Singh, a first-term provincial politician who represents Brampton East, which is home to a large Indian constituency, addressed the issue in Queen’s Park. He called on his fellow politicians to stand with protesters and call out India’s treatment of its citizens.

“Farmers are the backbone of our society, they feed cities and right now. Farmers are under attack in India. Folks in my riding are concerned about new laws that are passed by the Indian government,” said Singh.

Singh’s older brother, NDP Leader Jagmeet Singh, who routinely speaks out against injustices perpetrated by the Indian government towards minority groups, also tweeted about the situation unfolding in India.

“The violence perpetrated by the Indian govt against farmers peacefully protesting is appalling. I stand in solidarity w/ the farmers from Punjab and across India — and, I call on the Indian govt to engage in peaceful dialogue rather than violence,” wrote the NDP leader on his Twitter account.

Across the aisle, Liberal cabinet ministers Navdeep Bains, Bardish Chagger and Harjit Sajjan have released statements addressing concerns raised by constituents who fear for their families and loved ones.

“I’ve heard from many of my constituents in Mississauga-Malton expressing their concerns about the safety of their family and friends in the #FarmersProtest in India. Peaceful protests are fundamental in any democracy, and I urge for the rights of the protesters to be respected,” wrote Bains on his Twitter.

In his years as a political consultant, Sandhu said he’d never before seen a widespread political repudiation of India.

“This kind of united outcry from our political class speaks volumes to how important this is for folks living here,” said Sandhu.

For the past few days, Sandhu has been following the situation on social media very closely, and getting direct information from family on the ground participating in the marches, many of whom are farmers by trade.

“I have family that's part of the marches, as a lot of folks do. We get video clips from the march that are sent to us by family via WhatsApp or Facebook, so we're really just watching this from the eyes of our family members,” he said.

When he looks at his own bloodline, Sandhu said it's “farmers all the way down” in his family, and that his family still owns land back in Punjab.

“So, it's something that is being personally felt in my home, (and) in homes across Canada,” said Sandhu.

Farmers unions have long clashed with the government, but Sandhu notes this protest against the government is one of the most vociferous he has ever seen.

“It’s surreal to watch in front of my own eyes to see a large-scale march of this historical sense happen and be captured through social media. It is an incredible moment,” said Sandhu.

While attempting to at one point to reach the centre of New Delhi to voice their concerns, protesters have now settled on the outskirts of the city and have blocked off the national highway. Police have pushed back against the peaceful protests with water cannons and tear gas as the farmers neared New Delhi. Despite the police violence, protests have continued, with protesters continuing to walk past and, at times, around police barricades to reach their intended destination.

“There's a sense of inspiration and hope watching our brothers and sisters lift and bust through barricade after barricade as they march on New Delhi. Those images have instilled a great sense of pride,” said Sandhu.

Sandhu looks to the Black Lives Matter protests, which led to cutting of police budgets in Edmonton and New York City, and brought issues of anti-Black racism and police brutality to the minds of millions previously unaware of the issues. When people turn out in to voice their displeasure with political policies, Sandhu admitted it ends up being large-scale showcases that have lasting effects.

“We saw it with the Black Lives Matter movement. You’re only going to be heard when you start marching and organizing at a grand level. Farmers are doing that now. They don’t want their rights to be infringed upon,” he said.

The farmers' march is likely far from over. The government has invited protest leaders to speak with them, but farmers have said they’ve got food and supplies for the next six months if need be.

“This is only the start of it. More and more people are coming to join. The world should be watching and drawing a lot of conclusions about how mass movements work to push society forward,” he said.

Regardless of what happens over the next few days or weeks or months, tens of thousands of Canadians will have their eyes on Punjab and are ready to stand next to farmers as they fight for their rights.

This article has been updated to correct Narendra Modi's title: he is prime minister of India, not president.

The events in India are

The events in India are getting attention that other independent farmers around the world have been dying to achieve. Agri-Business is now a thoroughly globalized , monopolistic cartel gobbling up arable land, displacing farmers, expanding the industrialization and poisoning of the world's precious soils with their close allies the petro-chemical industries whose pesticides and herbicides are poisoning soils, edible crops and the natural, essential biological infrastructure that makes plant growth and pollination possible. Together with the destruction of global forests to make room for mono-culture and animal protein Agri-business has become just another of the ruthless extraction sectors that is stripping Earth of its life.

An update to my previous

An update to my previous comment. I find it heartening, and perhaps surprising to witness this ongoing existential battle between an oppressive, nativist, potentially fascist, government and its much derided "peasantry" - to use an old fashioned term.

Governments cannot seem to learn the lesson that destroying its food producers is the road to perdition.

Two communist nations have tried to ""Collectivize" their food producers and wound up with intractable food supply problems and famine. Other tyrannical autocracies of various stripes have equally mismanaged their agricultural sectors with similar, horrific results in Africa, in Asia ....

Monopolistic Big Ag, rapaciously buying up precious agricultural land and then strip mining its productivity without the essential, careful re-investment required and practiced by small scale farmers, will, as capitalism always does, destroy the very foundations of its predatory profit seeking.