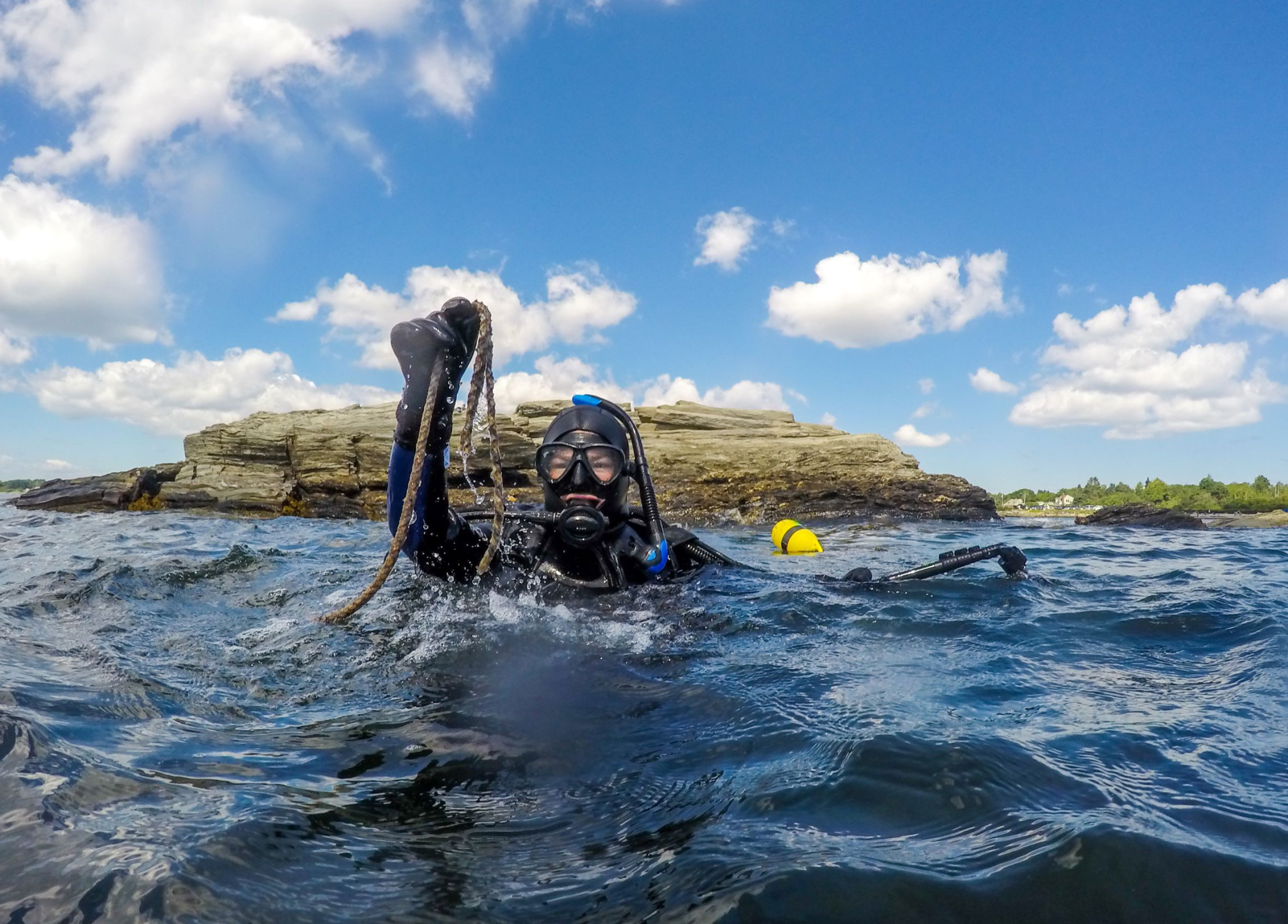 Alexa Goodman co-ordinates the remediation of abandoned, lost and discarded fishing gear — otherwise known as “ghost gear” — for the Nova Scotia-based non-profit Coastal Action. At 25, Alexa co-chairs the 30 organizations that work together in the Fishing Gear Coalition of Atlantic Canada, is the founder and director of the non-profit Stop Trashing It network and is a youth leader with the Sustainable Ocean Alliance.

Lobster fishers use a lot of gear, and for a variety of reasons, not all of it comes back to shore. For example, they use three times the length of rope as the depth in which they fish, and it regularly gets lost. As ocean storms worsen with a warming climate, more gear, including rope and traps, is left in the ocean each year, creating threats to marine life and fishery sustainability.

This fall, Coastal Action’s project retrieved nine tonnes of debris from the ocean off southwest Nova Scotia. Considering that looking for lost fishing gear in the ocean is a lot like searching for a needle in a haystack, this is an enormous accomplishment.

I grew up in Montreal and spent my summers in Vermont at our cottage on Lake Champlain. My parents would have to drag me out of the water every weekend. I started scuba diving at the age of 10 and have always felt most at peace underwater.

When I did my master’s degree, plastic pollution was already well understood, but I noticed people lacked the resources to take concrete and meaningful action to change their waste habits. So I formed Stop Trashing It and challenged my classmates to eliminate one single-use plastic item for a year hoping to shift awareness into action.

Within the first month, 100 people had signed up. Now, our network has grown to over 1,500 followers, and we have 16 youth ambassadors who meet monthly and support each other to lead low-waste lifestyles.

My master’s research combined my passion for protecting the oceans with my concern about plastics pollution and fisheries management. I spent a summer working as a fisheries observer on Georges Bank, 12 hours off the coast of Nova Scotia, and learned about the local extent of ghost gear. The fishers talked about the expense of losing gear, and I discovered how much remains at sea in my postgraduate work as a researcher and private consultant.

Ghost gear retrieval is only possible with fishers’ expertise, community knowledge and the Department of Fisheries and Oceans. Coastal Action’s project is unique because it’s collaborative, bringing together people and organizations for a common cause.

Tell us about your dad’s influence in your life.

He has shown me how to respect and appreciate the ocean and marine life. He’s a great dive partner, and in 2019, we went on an unforgettable scuba diving trip to the Bahamas. On one dive, we worked together to remove a piece of fishing line that was caught on the reef. As we finished, six usually shy reef sharks came to check us out. One of the sharks hung around and seemed to be studying me. We were eye to eye. It was such a gift. My dad taught me that if we treat the environment with respect, it will provide for us.

What does it mean to be a youth leader with the Sustainable Ocean Alliance?

Sustainable Ocean Alliance provides resources and support to create innovative solutions needed to protect the ocean. I first got involved at the Ocean Youth Leadership Summit in 2017 in Bali. I connected with 200 other young leaders also contending with our ocean’s crises. It motivated me to found Stop Trashing it and gave me a network that helps keep me motivated.

What would you like to say to people older than you?

Do you have any advice for people your age or younger to help them find their feet?

When I was in fourth grade, I led a playground cleanup. I learned I could make a difference at a young age. While the amount of fishing gear I co-ordinate removing from the ocean is a small percentage of what’s out there, it makes a big difference to the creatures who are not impacted by it. The small things we do add up, and by encouraging others, we build awareness about what’s possible when we work together.

Re: Lost or "Ghost" fishing

Re: Lost or "Ghost" fishing gear - I'm not fully aware of the state of technology in the fishing industry with respect to the various kinds of lines and nets/seines in use. But there is so much use of miniaturized tracking devices with long lived batteries for all kinds of applications - including underwater that it would seem entirely possible to tag fishing gear with signal emitters that would no doubt facilitate location, retrieval and identification. What may be of greater need is retrieval technologies and funding for the outfits doing the work. Some combination of public support, finder's fees and/or salvage legislation could solve that issue. Perhaps a new career for the salvage tugs?

Interesting idea. You'd have to make sure it was really followed through on, or you'd end up with ghost gear PLUS masses of little batteries leaching heavy metals into the water.