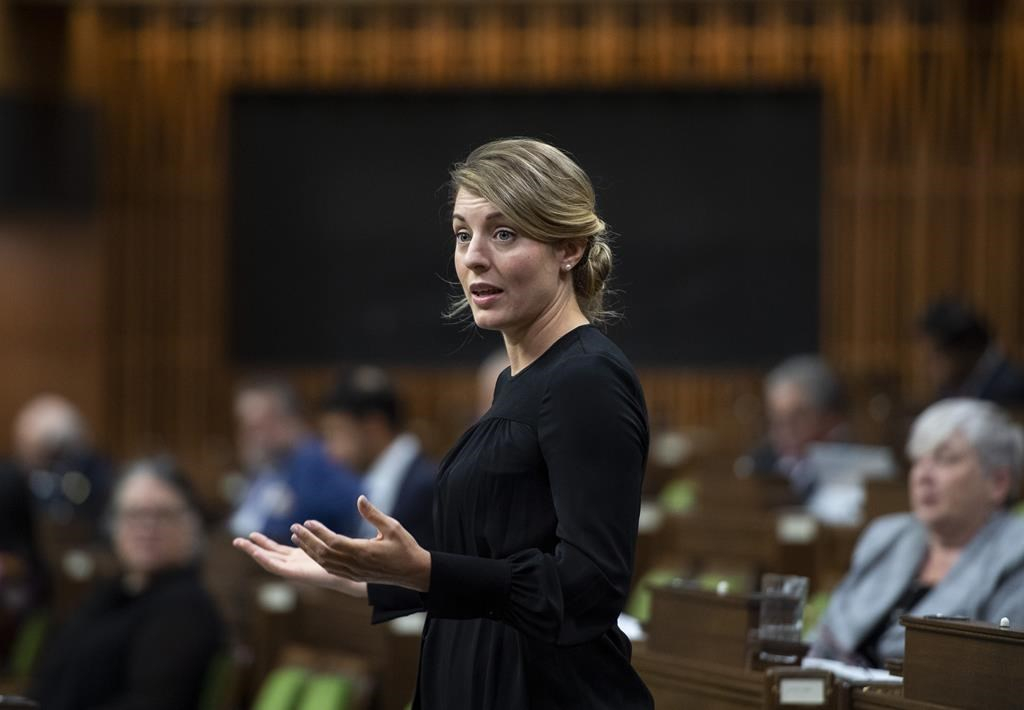 Minister of Economic Development Melanie Joly rises during Question Period in the House of Commons on Parliament Hill in Ottawa on October 1, 2020. File photo by The Canadian Press/Justin Tang
Previous story
Next story

She and her international counterparts have agreed that domestic travel is likely to take priority even after vaccinations begin.

The government will likely keep that approach until the pandemic is in the rear-view mirror.

Joly says in an interview that the strategy will likely be to first promote people travelling within their regions, then to travel across the country.

She says international efforts would come last, once officials in this country are sure other countries have widespread vaccination efforts that would protect Canadians' health and safety.

But waiting it out won't be easy for many businesses. Travel is down and the tourism sector was hit earlier and harder by public health restrictions.

Although the country has recouped just over four-fifths of the approximately three million jobs lost during spring lockdowns at the outset of the pandemic, over one-quarter of the remainder are in what Statistics Canada refers to as the accommodation and food services sector, which includes tourism operators.

Some tourism businesses were unable to operate at full capacity or earn enough during the summer travel season to make it through the winter.

"Targeted help for those employers will be needed for some time to ensure there are jobs to return to when the pandemic is over," said Goldy Hyder, president of the Business Council of Canada.

The statement set aside $500 million for regional development agencies to spend on tourism businesses through to next June, trying to bolster a sector that normally employs about 750,000 people and makes up about two per cent of gross domestic product.

It also outlined a new loan program for highly affected sectors like tourism. The government plans to back low-interest loans of up to $1 million that can be repaid over 10 years once things bounce back, Joly said.

"Then they can generate revenues, potentially more revenue than they thought even possible, because people will want to travel," she said in an interview this week.

"That will help them eventually be able to repay some of the loans and basically get through this tough time."

Joly couldn't say exactly when the loan program will become available. She said work is underway with the Business Development Bank of Canada on the fine details, and negotiations with banks to make sure rates offered are below what is currently offered in the market.

"We know that time is of the essence," she said.

And although this measure wasn't directly pointed at the tourism industry, the sector had asked for the federal wage subsidy to return to covering 75 per cent of eligible payroll costs and a revamped rent-relief program, both of which are now in a bill before the House of Commons.

Rules and restrictions for travellers amid rising COVID-19 case counts