How one young scientist is protecting fragile ecosystems in Canada's North 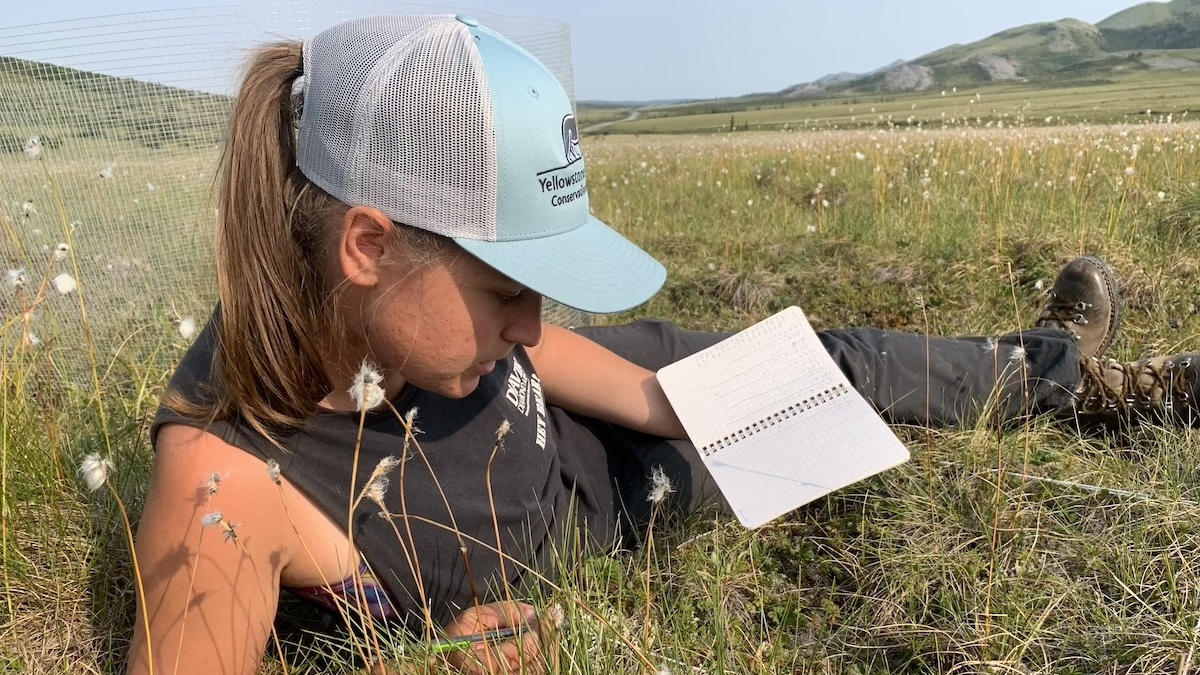 In the race against rapid warming in the Arctic, 26-year-old Kirsten Reid hopes to help First Nations, settler governments and conservation groups identify species at risk and design conservation spaces and biodiversity corridors to protect fragile ecosystems. She is currently working in the high Arctic as part of her PhD at Memorial University of Newfoundland.

Ecosystems in the North are being threatened on multiple fronts, from climate change, which affects where plants and animals can live, to human disturbances and development. While we can identify characteristics of the current landscape and how animals interact with it today, many species will need to shift their ranges, generally upslope or northward. If we can learn enough, we can design ecological connectivity to help species feed, migrate, mate and respond to climate and other environmental changes.

We have 14 study sites across 900 kilometres stretching from the southern Arctic all the way to the high southern Arctic. We are creating a sort of scientific archive — a memory — of the interlocking webs of life in each area. Take caribou: These creatures are such a dominant part of their ecosystems and are so culturally significant to Indigenous Peoples. But their habitat is fragile and their existence very much at risk.

If we can understand what they need now to survive and thrive, where those ecosystems are and where they might be in a future, warmer world, we can make space for their range to be protected and even expand. It is not inconceivable that we could have thriving caribou herds in the future, but it won’t happen without planning.

Preserving fragile ecosystems in the Arctic is essential to the health of the human species, says environmental scientist Kirsten Reid. #Arctic #climatechange #biodiversity

Indigenous people have kept this landscape healthy for tens of thousands of years. We need to push for ongoing and future natural science work in the North to be community-directed.

One of my second-year courses had a field work component; I chose to go to the Arctic mostly out of sheer curiosity. I thought at worst, it would be freezing cold but good for some amusing stories. We were taken to a wildfire site. Wildfires are a natural part of the cycle of life in the North.

Our instructor asked us to consider what we saw. Then to ask what we did not see, and, finally, what we would never expect to see. When she finished by asking us what would have to change for that to be a reality in a future world, I was hooked. I fell in love with those questions and have been asking them ever since.

We had a tour of a large gold mine that was no longer operating. Looking like marshmallows in our hazmat suits, we went deep underground and saw that humans are keeping the ground frozen to stop the arsenic dust (a byproduct of the gold mining) from leaking into the ecosystem.

The guide told us that the previous guest had been then-Prime Minister Stephen Harper. I am pretty sure he saw it as a remediation jobs creator. But I saw the pollution that industry creates and how easy it is for humans to degrade these fragile ecosystems, which are already under such threat from global warming.

As I spend more time with those others who are mostly advocates, I see more clearly every day that science and advocacy go well together.

While small lifestyle or community-level changes are important, we really need widespread systems change. Use your power and resources to lobby decision-makers at the broadest scale. Be part of helping to stop drilling in the North. Make polluters stop or at least clean up after themselves. Support the really great NGOs on the ground, like the Yellowstone to Yukon Conservation Initiative and Wildlife Conservation Society Canada, that are doing such great science-based work to protect our North, which is essential to the health of the human species.