Ottawa welcomes the Boeing 737 Max back to Canadian airspace 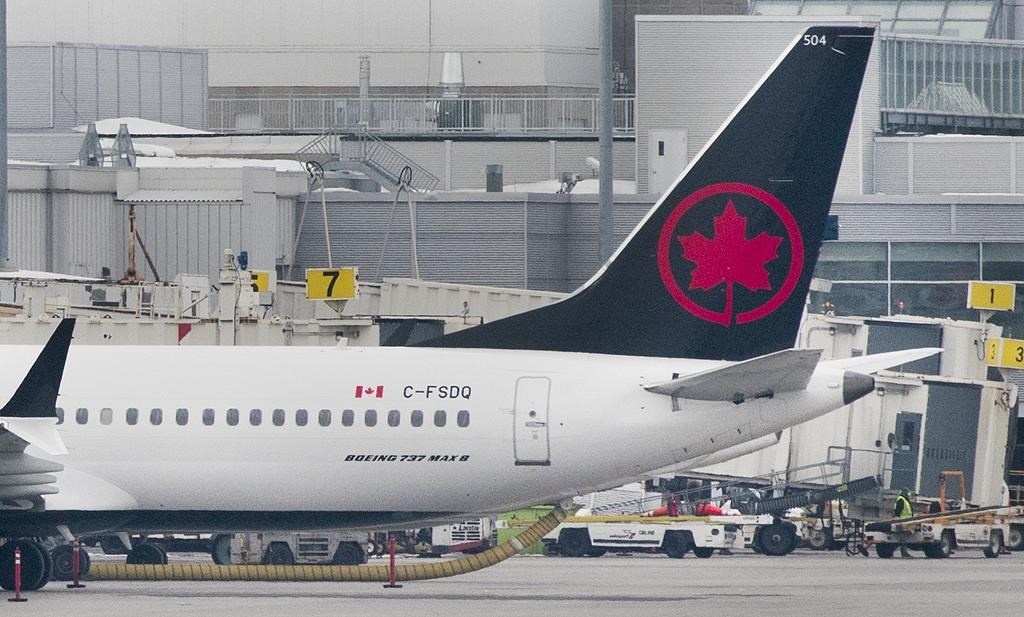 The planes will be permitted to fly as long as they meet conditions specified by Transport Canada in December, including allowing pilots to disable a faulty warning system that was found to be central to two deadly crashes in 2018 and 2019.

"Canadians and the airline industry can rest assured that Transport Canada has diligently addressed all safety issues prior to permitting this aircraft to return to service in Canadian airspace," said Transport Minister Omar Alghabra.

The measures go beyond those announced by the U.S. Federal Aviation Administration in November, which required Boeing to make changes to the computer systems inside the plane and required pilots to undergo training in flight simulators.

Monday’s announcement caps a recertification process without precedent in the history of modern aviation.

The planes have been grounded since March 2019 following the crashes of a Lion Air flight near Jakarta on Oct. 29, 2018, and an Ethiopian Airlines flight on March 10, 2019, killing a total of 346 people. Investigators determined that the cause of the crashes was a faulty computer system that pushed the plane’s nose downward in flight and couldn’t be overridden by pilots.

Canada had been one of the last countries to ground the MAX, banning it only after the European Union, U.K. and Australia had already done so.

An inquiry by the U.S. Congress found that missteps at Boeing and the FAA led to the computer malfunction going undetected. The investigation found shortcomings within both Boeing, which it said compromised safety to maximize profits, and the FAA, which it said exercised inadequate oversight over the aircraft’s approval.

Other planes have been grounded after crashes, but flight suspensions have never lasted as long as for the MAX, which was being independently recertified by aviation authorities such as the European Union Aviation Safety and the Civil Aviation Administration of China.

Prior to the MAX crashes, civil aviation authorities had typically gone along with the approvals of other countries, with limited independent oversight into the safety of the aircraft. But the scrutiny of the MAX, including the role of the U.S. regulator, could usher in an era of more intensive reviews by regulators looking to avoid repeating their mistakes.

“Regulators such as Transport Canada have learned that they have to be much more careful, much more cautious and much less trusting,” said Joel Morin, an aviation consultant for To70.

“There’s going to have to be a very concerted effort on the part of the aviation industry, both Boeing as well as the operators, to try to get people to feel confident that it’s OK to fly on the 737 MAX,” Gradeck said. #737max #Boeing

The U.S. approved the MAX’s return to service in November, and the first commercial flights in the U.S. took off in December. European regulators have said they could formally approve the aircraft for flight as soon as this month.

The Chinese government, which was the first to ground the MAX after the crashes, said in November that it had no set timetable for approving the jet, citing lingering safety concerns.

The aircraft’s approval in Canada will help struggling airlines, which rely on the smaller, fuel−efficient MAX for long flights. But Canada’s carriers now face a new challenge: convincing consumers to actually fly on the aircraft, a task made even more daunting by the COVID−19 pandemic.

Surveys have shown that people are still skittish about the MAX. A survey of 1,757 flyers conducted by Barclays in May found that 21 per cent would never fly on a MAX and 23 per cent planned to wait a year or more before doing so.

Restoring public confidence in the MAX will be key as airlines look to capitalize on an anticipated recovery in demand this summer, when a COVID−19 vaccine is expected to become available for many Canadians. Air Canada, the country’s largest carrier, has 24 MAX aircraft in its fleet, while WestJet and Sunwing have 13 and four, respectively.

“That airplane is going to have to prove itself once again to the marketplace,” said John Gradek, a lecturer at McGill University and the head of its Global Aviation Leadership Program. “There’s going to have to be a very concerted effort on the part of the aviation industry, both Boeing as well as the operators, to try to get people to feel confident that it’s OK to fly on the 737 MAX.”

That effort could involve testimonials from passengers or flights that demonstrate the capabilities of the MAX, showing the improvements that have been made to the plane, Gradek said. In the U.S., the battle to sway public opinion has already begun, with American Airlines conducting a public flight on Dec. 2 with members of the media aboard.

American Airlines also said in December that it has begun announcing aircraft types during boarding so that passengers are aware if they are flying on a MAX, and will alert passengers if they are set to fly on one due to a schedule change.

Morin said transparency from airlines, regulators and Boeing will be key to rebuilding consumer confidence in the aircraft, which would involve communicating what originally went wrong with the MAX and what steps the industry had taken to ensure it won’t happen again.

Morin added that the efforts to restore trust in the MAX will be part of a broader effort by the aviation industry to show that flying is safe, even with fear of catching COVID making people reluctant to board aircraft.

The industry “won’t be able to go back, flip a switch and time travel us back a year,” Morin said. “It’ll have to be a hand−holding exercise.”

This report by The Canadian Press was first published Jan. 18, 2020.

Companies in this story: (TSX:AC)

Canada won't do business with Boeing while it's 'busy trying to sue us': PM