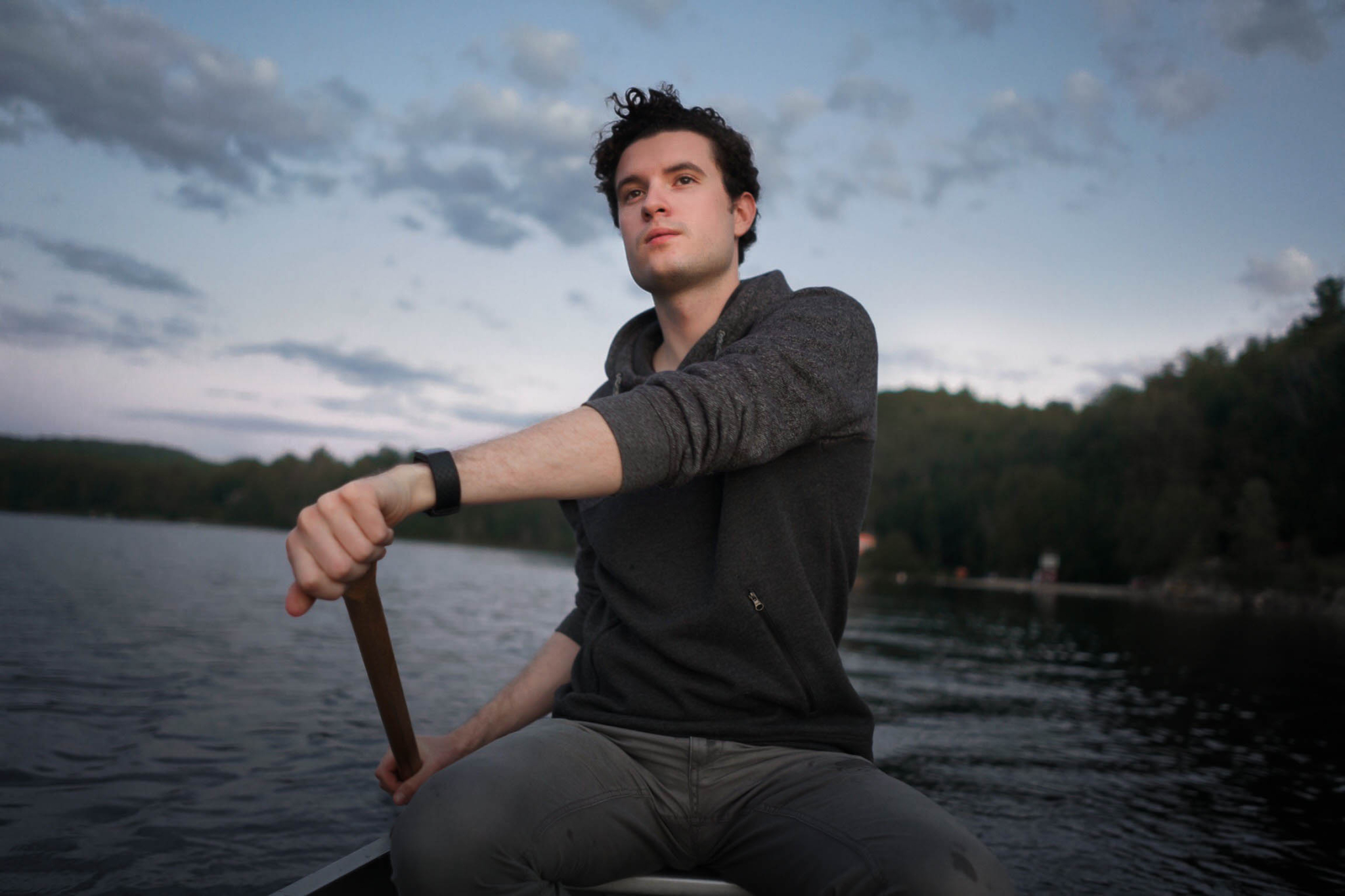 As part of a series highlighting the work of young people in addressing the climate crisis, writer Patricia Lane interviews Sebastien Molgat, founder of the Arctic Youth Network.

In 2019, Sebastien Molgat, now 23, created the Arctic Youth Network with an international team of young people. Its aim is to support young leaders and increase their access to opportunities to make a difference for the North. Molgat is also a talented videographer, photographer and musician. He will soon graduate from Queen’s University with a bachelor of arts (honours) in political studies.

Tell us about the Arctic Youth Network.

We help youth get involved with organizations and institutions impacting the North, and by training each other in advocacy and personal growth, we collaborate across borders and cultures.

"I see a real willingness from people in positions of power to include the perspectives of youth," says Sebastien Molgat, founder of @arcticyouthnet. "Don’t underestimate this. If you have an idea, don’t wait for that perfect opportunity to appear."

Is there a single Arctic youth perspective?

No, everyone’s experience is different. I will say that we see several major, shared, urgent priorities, including the climate crisis, the ongoing legacy of colonialism, and ensuring wellness and a good quality of life.

Can you give us some examples of how the AYN makes a difference?

AYN helped UArctic (a co-operative of universities north of the 60th parallel) identify a diverse cross-section of panellists for its annual congress. We are helping JUSTNORTH, a European Union sustainable development project, to include young voices. We worked with the Arctic Council’s Sustainable Development Working Group to develop a youth advisory board for its Gender Equality in the Arctic report, and we offer webinars on topics such as mental wellness and leadership.

How was the AYN created?

In October 2018, I went to an Arctic youth conference in Finland where Indigenous and non-Indigenous youth identified barriers blocking them from becoming politically and socially engaged. They included a lack of access to opportunities, resources and information, a lack of collaboration between Arctic regions, and physical and social isolation. We thought a platform that allowed people to connect would aid collaboration, regardless of geography or time zones.

In the winter of 2019, we incorporated the AYN as a non-profit, and much to my surprise, I was elected the first board chair. Less than a year later, we have over 500 members, and our reach extends to almost every region of the Arctic.

How did you come to be so interested in the Arctic?

My mother has long worked in Arctic affairs, as have several of my friends, so I fell into it pretty naturally. The Arctic is at the forefront of so many transformations — climatically, socially, economically — which makes my work challenging and rewarding. But if anyone had told me that I would have spent my early 20s doing this, I would have been very surprised.

Why did you, a visual artist, choose this project?

I saw that I could help. There’s definitely a lot of unglamorous work that goes on behind the scenes, but it’s been a phenomenal learning experience. Just like you need to know how a camera works to make a film, you’ve got to dive into things like web development, team management, and fundraising to run an organization — the grunt work makes the larger goals possible.

What makes you most proud about your work?

Seeing the organization stand on its own two feet — making something from nothing and having it take on a life of its own. Being approached by major institutions in the Arctic and actually being able to make opportunities available to those who wouldn’t otherwise have them shows how far we’ve come. We regularly get emails from youth across the Arctic wanting to get involved. We set out to be a platform where young Arctic leaders can support each other in making change and that is happening!

I’ll be staying on with the AYN as past chair, but I am also starting to move into the world of clean energy and will be pursuing studies in that area. I hope my abilities as a videographer and photographer will help me profile the promising developments in this industry. And I want to play more music.

I see a real willingness from people in positions of power to include the perspectives of youth. Don’t underestimate this. If you have an idea, don’t wait for that perfect opportunity to appear. Send that email. Ask if the opportunity exists or could be created. Get a group of friends together and promote it. There can be significant barriers, but putting an idea out into the world is often the biggest step.

Spend some of your time and resources making space for young people and never lose sight of how issues of health, climate change, racism and social justice are interconnected. We can be hopeful if we understand that we need to work together across generations and issues.

Thank you Patricia for this

Thank you Patricia for this article. Reading it, I felt a calming in my stomach. I'm sure it is hope.
Sebastien says that he is proud "Seeing the organization stand on its own two feet - making something from nothing and having it take on a life of its own." I hope there are more young people with courage, and more creations to make the world a better place for all.

Thank you Patricia for a

Thank you Patricia for a wonderful series of articles and all the contributors for sharing their stories.