If Canada can survive Trump, it can handle new Buy American regime: Trudeau 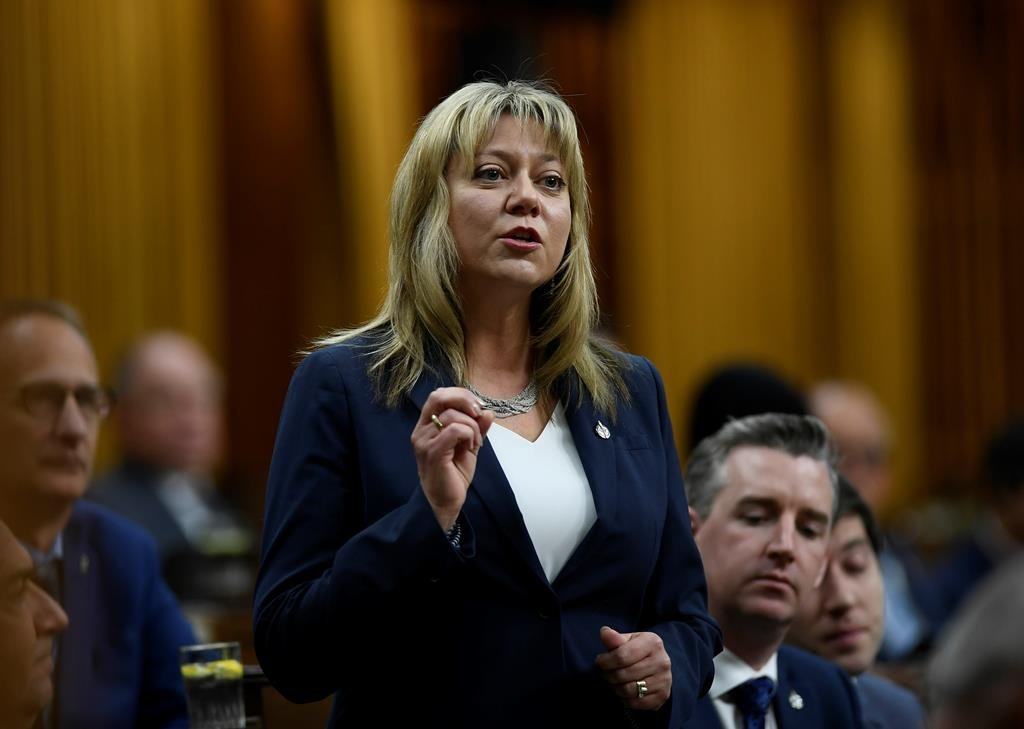 Conservative MP Tracy Gray rises during Question Period in the House of Commons on Parliament Hill in Ottawa on Friday, Jan. 31, 2020. THE CANADIAN PRESS/Justin Tang
Previous story
Next story

And he says his federal Liberal government is far more closely aligned with the current White House than it ever was with Biden's "extremely protectionist" predecessor.

But Trudeau refused to say if Canada faces a tougher fight than in 2010, when it secured an exception to then-president Barack Obama's version of similar procurement rules.

Gray says she plans to press Trudeau in the House of Commons to push back hard on the U.S., especially after last week's Day 1 decision to cancel the Keystone XL pipeline expansion.

"Over the past four years, we faced an American administration that was both unpredictable and extremely protectionist, and we were able every step of the way to stand up for Canadian interests," Trudeau said.

The latest Buy American strategy is the second potential blow to Canada's economic fortunes to land in less than a week.

On his first day in the White House, Biden rescinded the presidential permit for Keystone XL, a controversial cross-border link between the Alberta oilsands and refineries and ports on the U.S. Gulf Coast.

"Expressing concern and disappointment on important issues to Canadian businesses and workers is simply not enough," Gray said in a statement.

"Over the past four years, we faced an American administration that was both unpredictable and extremely protectionist, and we were able every step of the way to stand up for Canadian interests," the prime minister said. #cdnpoli

"Canada and U.S. trade are closely tied — but this Buy American plan puts our mutual economic recovery at risk."

In announcing the new rules Monday, Biden warned that waivers would be granted only under "very limited circumstances."

The aim of the policy, a cornerstone of Biden's successful election campaign, was to win over the same protectionist blue-collar workers who helped elect Trump in 2016.

The idea is to make sure American manufacturers, workers and suppliers reap the rewards of U.S. government spending, including an estimated $600 billion a year in procurement contracts.

It also sets up a "Made in America" office attached to the White House to police the use of waivers — the exceptions that allow Canadian contractors, manufacturers and suppliers access to a lucrative and often essential source of business.

That office will "review waivers to make sure they are only used in very limited circumstances — for example, when there's an overwhelming national security, humanitarian or emergency need here in America," Biden said.

"This hasn't happened before. It will happen now."

This report by The Canadian Press was first published Jan. 26, 2021.