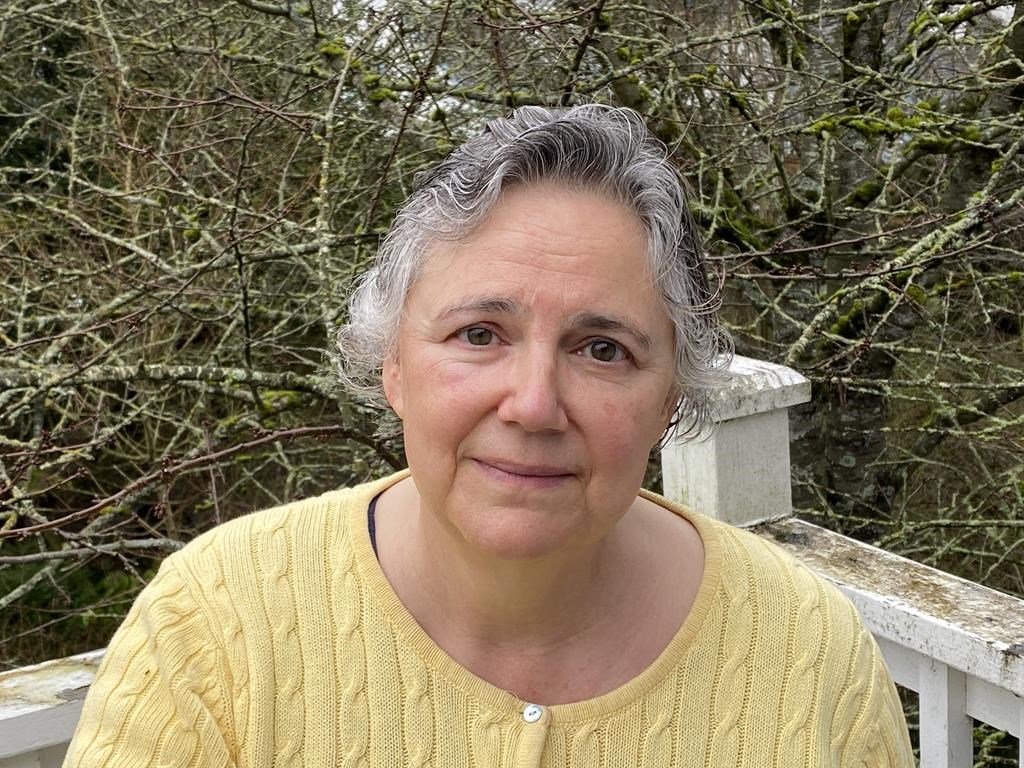 Lorraine Graves barely has the energy to hold a pen some days as "brain fog" leaves her forgetful and sudden worsening vision has her increasing the font size on her computer.

Then there's the ringing in her ears, insomnia and difficulty breathing, not to mention anxiety about her chances of recovering from COVID-19 after 10 months of visiting multiple specialists for tests to rule out damage to her lungs, kidneys, heart and other organs.

"On bad days, I'm so discouraged," said Graves, a journalist at a community newspaper in Richmond, B.C., though she's only able to work a few hours a week.

Graves and all three members of her family became infected around the same time last spring, but only she has remained sick with a variety of symptoms that have her living in limbo.

At one point, she had such a hard time breathing that the air in her lungs seemed to be replaced by "tapioca pudding."

"I remember thinking I should call the notary and make sure our wills are all up-to-date because this is not looking good. The next morning, I just couldn't do it. I was too sick."

Researchers around the world are trying to unravel the mystery of so-called long COVID to help patients afflicted with an assortment of debilitating symptoms, though they are typically excluded from statistics related to COVID-19 or considered recovered. Some, like Graves, were diagnosed with COVID-19 by their family doctors based on symptoms, not a positive test, in the early days of the pandemic when testing was not offered widely.

"We didn't recover. We survived," said Graves, who was referred to a clinic where "long haulers" are treated and studied in order to better understand the cause of their ongoing illness while others recover within a few days or don't have any symptoms at all.

Graves said she has so far had a virtual appointment with a general internist at a clinic at St. Paul's Hospital, which is part of a network of three sites in the Vancouver area and is believed to be the only such provincially funded initiative in Canada.

What she has learned so far from Dr. Jesse Greiner is that patients like her must recognize their physical, cognitive and emotional limits or risk the consequences of "overdoing it," which could simply mean worrying about the future.

Lorraine Graves barely has the energy to hold a pen some days as "brain fog" leaves her forgetful and sudden worsening vision has her increasing the font size on her computer. #COVID19

Greiner, who did not speak specifically about Graves's case, said educating patients to manage their illness is a big part of treatment as symptoms come and go and new ones seem to develop after people exert themselves beyond what their body is capable of handling.

"People will say 'I went for a long bike ride because I thought I was getting better.' A day later, they crashed and all the symptoms came back," he said, adding emotional experiences and anxiety over symptoms are enough to trigger recurrence up to three days after such stress.

"The cognitive one is a big one in that people try to return to work, using their brain to do complex tasks, and that can flare symptoms," he said, adding patients often feel like they're in a "never-ending loop" as symptoms persist.

The most tragic cases involve young, athletic patients who once climbed mountains and guided people through the backcountry but now are unable to walk up a flight of stairs, Greiner said.

"Try to figure out which things in your life are causing you to flare your symptoms and try to reduce those. And then gradually, over time, your ability to do things will return. And I have seen that," he tells patients while also advising them to practise mindfulness and slowly increase their physical activity.

Symptoms that are similar to disabling chronic fatigue syndrome may continue for a few weeks or months and addressing them will take time, similar to those after a concussion, although COVID-19 amounts to whole-body trauma, not just to the brain, Greiner said.

"I do suspect that some people may never recover, but I'm hoping that through the education and bringing awareness to these sorts of typical patterns that the number will be as little as possible," he said.

Dr. Angela Cheung, an internal medicine specialist and scientist at University Health Network in Toronto, is one of two physicians leading the Canadian COVID-19 Prospective Cohort Study, which is aiming to recruit about 2,000 patients from Ontario, Quebec and British Columbia and perhaps Alberta, Saskatchewan and Manitoba.

Cheung, who works at a post-COVID clinic at Toronto General Hospital, said treatment is based on symptoms and could mean some patients are provided with steroid inhalers to calm inflammation in the airway from prolonged coughing while others may get medication to slow their heart rate.

The study, currently funded by the Canadian Institutes of Health Research, also involves the collection of data on caregivers as well as genetics in an effort to understand why some people in a family don't recover from the illness.

"This is the million-dollar question," Cheung said. "Is it the genetic makeup or is it because of how they react in terms of their immune system?"

Based on data from severe acute respiratory syndrome, it's believed about 10 per cent of COVID-19 patients may remain ill a year after the initial onset of symptoms, she said, adding more research is needed to determine how the suffering of thousands of people across the country could be alleviated.

However, Cheung said a co-ordinated national approach is needed, such as in the United Kingdom, to establish clinics and fund research, though that is unlikely in Canada because health care is under provincial jurisdiction.

This report by The Canadian Press was first published Jan. 31, 2021.

Has this patient considered

Has this patient considered the possibility that she has 'overload' of toxic effects due to longtime exposure to world-wide environmental pollution - air, water, foods, EMF. This is something we are all of us exposed to, and react to in various, personal, ways. See the literature of 'environmental medicine', which most doctors still not know about, let alone acknowledge.