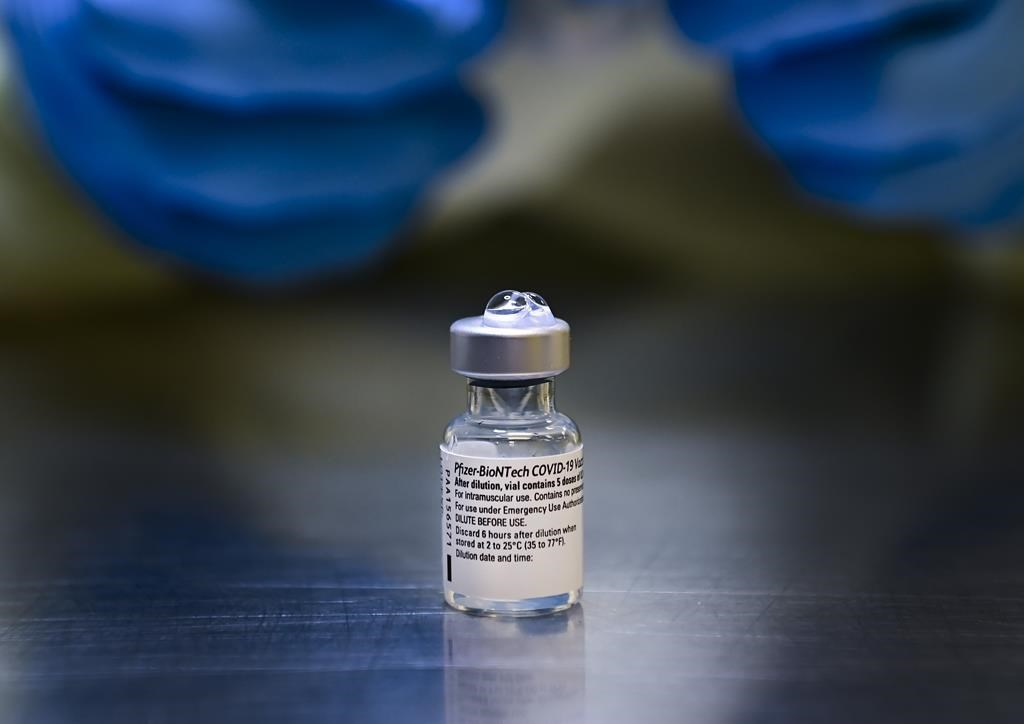 A health-care worker prepares a dose of the Pfizer-BioNTech COVID-19 vaccine at a UHN COVID-19 vaccine clinic in Toronto on Jan. 7, 2021. File photo by The Canadian Press/Nathan Denette
Previous story
Next story

The National Police Federation says inoculating its members will ensure the safety of both officers and the communities they serve.

Letters have gone out to provincial premiers as well as justice and health ministers, "to express our concern about rolling out the vaccines in a consistent, safe and appropriate manner," federation president Brian Sauvé said in a statement.

But he added that RCMP officers cannot always keep a safe distance from others during public interactions, resulting in close contact with people each day.

Sauvé said it means members are often at risk of contracting the novel coronavirus.

"They conduct in-person COVID-19 quarantine compliance checks and they enforce the Public Health Orders. They do so in many settings, including communities in crisis where the rate of infection has surged," Sauvé wrote.

In northern and remote communities, RCMP officers have expanded duties beyond traditional policing roles, such as responding to health emergencies and transporting patients, he noted.

"The risk that the pandemic has brought upon our members has resulted in tragic instances," Sauvé said in the letter.

"As an example, one of our Indigenous RCMP constables posted in a northern First Nation community in Manitoba contracted COVID-19 last fall and lost three family members as a result."

The National Advisory Committee on Immunization has identified groups for early vaccination, including those at high risk for severe illness and death and workers essential to the COVID-19 response.

The RCMP says provinces and territories are responsible for the planning, allocation an distribution of vaccinations through the health-care system.

"Our partners recognize the important role we play in keeping our communities safe," said Cpl. Caroline Duval, a force spokeswoman.

"Essential workers, including policing organizations, have been identified amongst the priority groups given their increased risk of exposure and the importance of maintaining essential services to communities."

Vaccine distribution may look "a little bit different" in each jurisdiction and there may be variations that account for special vulnerabilities, like the remoteness of some communities, she added.

Sauvé said while essential workers have been identified federally, provinces are being allowed to ignore these guidelines, "which speaks directly to the inconsistency we’re seeing, and calling out across Canada."