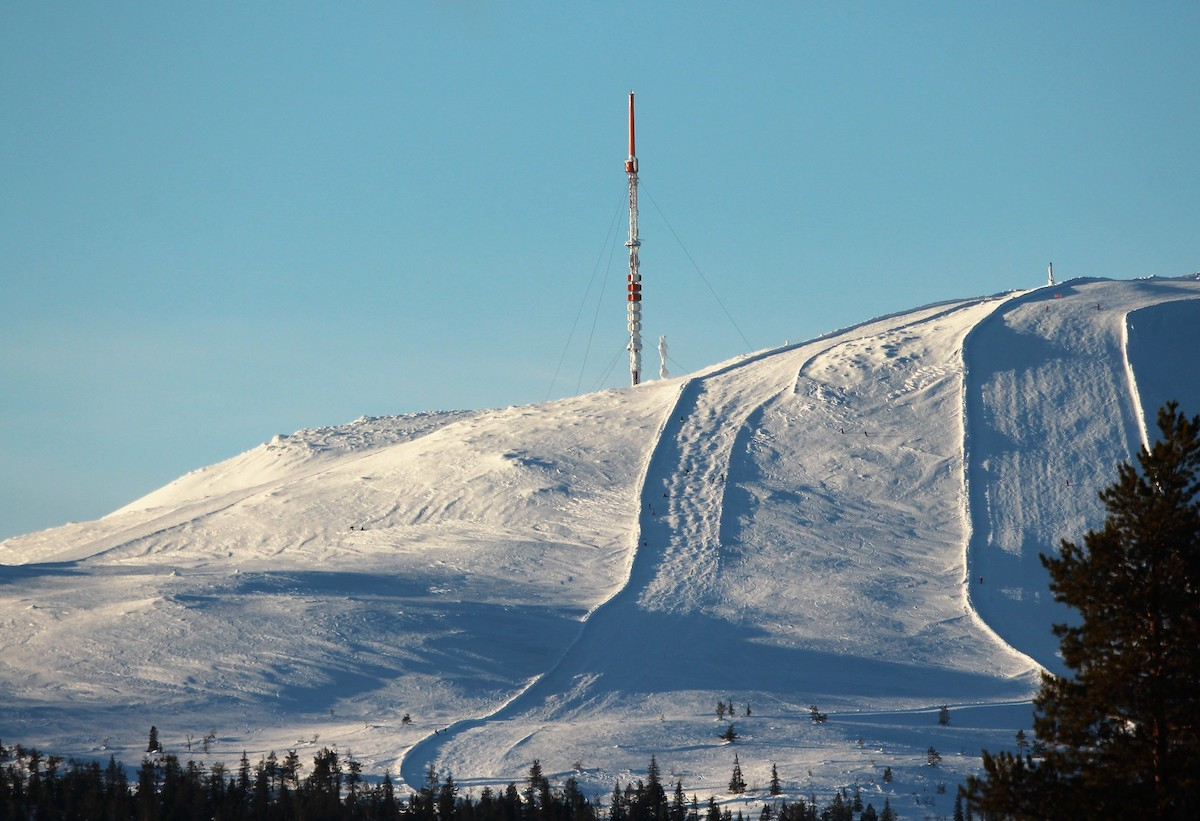 Environmental groups have written to the Swedish government to oppose a proposed scientific balloon flight over Lapland. Photo by Yrjö Jyske / Flickr (CC BY 2.0)
Previous story

A proposed scientific balloon flight in northern Sweden has attracted opposition from environmental groups over fears it could lead to the use of solar geoengineering to cool the Earth and combat the climate crisis by mimicking the effect of a large volcanic eruption.

In June, a team of Harvard scientists is planning to launch a high-altitude balloon from Kiruna in Lapland to test whether it can carry equipment for a future small-scale experiment on radiation-reflecting particles in the Earth’s atmosphere.

An independent advisory committee will rule on whether to approve the balloon test flight by Feb. 15. Swedish environmental groups have written to the government and the Swedish Space Corporation (SSC) to voice their opposition.

In the letters, seen by the Guardian, organizations including the Swedish Society for Nature Conservation, Greenpeace Sweden and Friends of the Earth Sweden said that while the balloon flight scheduled for June does not involve the release of particles, it could be the first step towards the adoption of a potentially “dangerous, unpredictable, and unmanageable” technology.

Stratospheric aerosols are a key component of solar geoengineering technology that some have proposed as a plan B for controlling the Earth’s temperature if the climate crisis makes conditions intolerable and governments do not take sufficient action.

Studies have found that widespread adoption of solar geoengineering could be inexpensive and safer than some fear. But critics argue the consequences of its use are not well understood and stratospheric aerosol injections (SAI) on a large scale could damage the ozone layer, cause heating in the stratosphere and disrupt ecosystems.

Harvard professor Frank Keutsch, who leads the research group hoping to conduct the SCoPEx — stratospheric controlled perturbation experiment — said he shared many of the environmentalists’ concerns. He said the research could help scientists better understand the potential risks of solar geoengineering, if the experiments are allowed to go ahead.

Environmental groups fear a proposed scientific balloon flight in Sweden could lead to the use of solar #geoengineering to cool the Earth by mimicking the effect of a large volcanic eruption. #climatechange

“The risk of not doing research on this outweighs the risk of doing this research,” Keutsch told the Guardian, offering to speak to the Swedish environmental groups about the issues they have raised.

“I’m really worried about the world we are heading towards. For me, that is a reason to do research on solar radiation management. Climate change is a problem of profound size and potentially profound impact on humanity. I think we should be considering all kinds of options because it’s unlikely that there is going to be a silver bullet that will fix everything. We need to be considering all options and we need to do research on them.”

So far the technology is at a theoretical stage. It would replicate the effect of sulphur dioxide particles released in volcanic eruptions; these linger in the Earth’s stratosphere and reflect solar radiation. Particles from the eruption of Mount Pinatubo in the Philippines in 1991 cooled global temperatures by around 0.6 C for 15 months.

The Harvard researchers hope SCoPEx will advance solar geoengineering models and improve understanding of the technology’s potential risks and benefits through small-scale experiments on aerosols of calcium carbonate and other substances about 12 miles (20 kilometres) above the Earth’s surface.

The scientists said they would abide by the ruling of the board, and the advisory group told the Guardian that any experiment involving a release of particles would require a broader review, including engagement with Swedish civil society.

The letter to Per Bolund, the Swedish minister for environment and climate, from the environmental groups, reads: “While the first stratospheric flight proposed for Kiruna intends to test the balloon and gondola equipment, the stated purpose of the flight is to prepare for the release of aerosols into the stratosphere later in the year.

“Since the goal of the initial flight is to enable the subsequent release of particles, the social and environmental impacts of this test cannot be evaluated in isolation from the overall purpose of the SCoPEx project. The balloon flight must be viewed as integral to the project’s intention of conducting open-air testing and particle releases.

“We appeal to the Swedish government to oppose the SSC’s involvement with SCoPEx’s proposed tests, as they are fundamentally incompatible with the precautionary principle, in breach of international norms, and inconsistent with Sweden’s own climate policy framework as well as its reputation as an international climate leader.”

They go on to argue that: “SAI is a technology with the potential for extreme consequences, and stands out as dangerous, unpredictable, and unmanageable. There is no justification for testing and experimenting with technology that seems to be too dangerous to ever be used.”

Raymond Pierrehumbert, a University of Oxford physicist and specialist on climate dynamics, called for the establishment of an international body to govern geoengineering experiments. Pierrehumbert said widespread adoption of the technology would be a “Damocles sword” over humanity.

“If we don’t actually reduce our CO2 emissions to nearly zero, because of the multimillennial lifetime of CO2 in the atmosphere, each year that goes on, you’ll have more CO2, which gives you more of a warming force which has to be counteracted by an even larger amount of geoengineering.

“You go into this death spiral, where you try to keep the Earth habitable in the face of ever-increasing CO2 and set ourselves up for a bigger and bigger risk of catastrophe.”

The Swedish government did not provide comment to the Guardian.

An SSC spokesperson said: “The flight will only be conducted provided that it is compliant with national and international regulations. The process to find out if this flight is legally compliant and ethically appropriate is ongoing. As of today we don’t know whether there will be a flight or not.

“SSC provides services and infrastructure for sounding rocket and balloon launches, carrying many different scientific experiments within various fields. The purpose of this flight is to test technical equipment, it is not an active experiment.”

How carbon-eating machines could help tackle the climate emergency

Bah, injection of particles to SIMULATE vulcanism . . . what's with this sissy stuff? The way to go is to provoke REAL volcanic eruptions. Then the particles in the air are natural and basically normal. The Earth has seen massive vulcanism many times in its history . . . what could possibly go wrong?