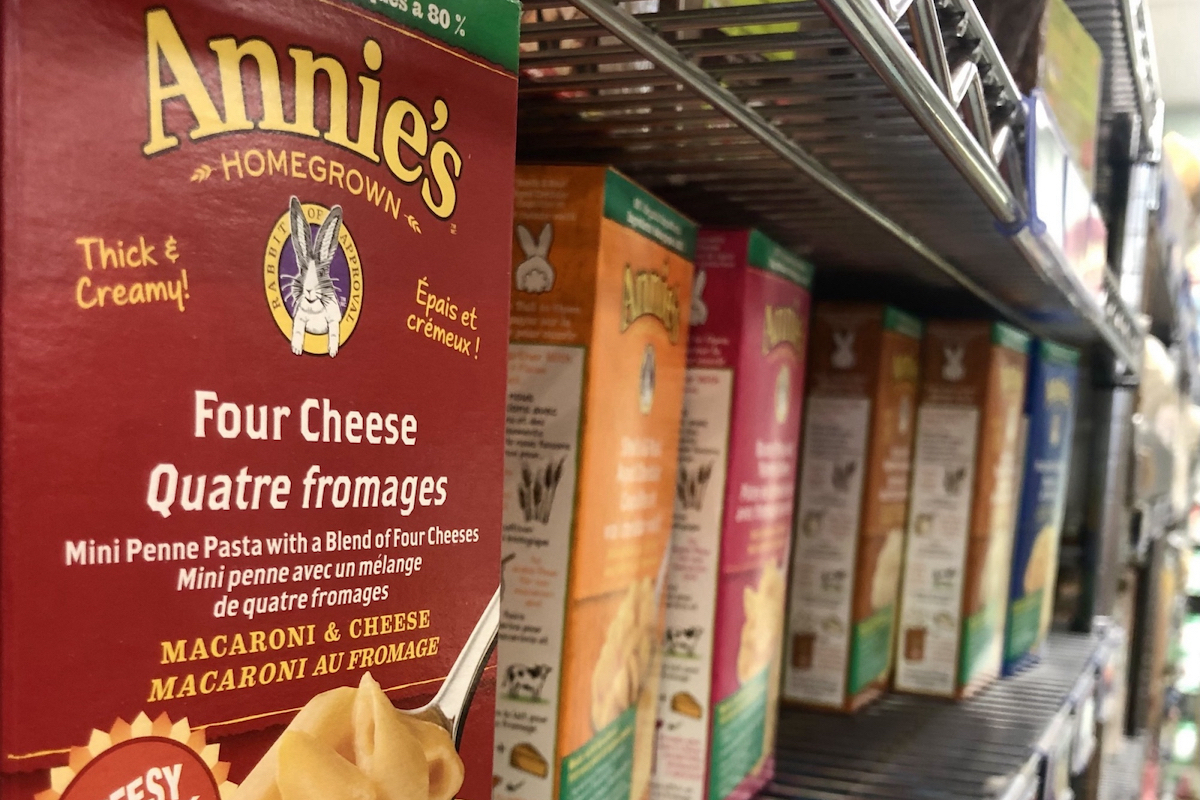 Lovers of macaroni and cheese will soon have the choice to avoid toxic chemicals in their favourite dish — but only if they can afford it.

International food company General Mills last month committed to eliminating phthalates — a class of hormone-disrupting chemicals — from packaging and processing equipment used for Annie’s Homegrown, a higher-end, organic mac and cheese brand. It is so far the only leading producer of mac and cheese to do so.

Phthalates make plastic more flexible and are typically found in plastic tubing and conveyor belts. In a 2017 study commissioned by U.S. environment and health advocates, which was not peer-reviewed, they were found in 10 common mac and cheese products, including two produced by Annie’s Homegrown. Other leading processed food companies have so far made no similar commitments.

While environmental and health advocates have welcomed General Mills’ commitment, it highlights a long-standing inequity: People who can afford to spend more on food are exposed to fewer chemicals.

“Many families in Canada cannot escape being exposed to toxic chemicals in their food,” said Muhannad Malas, toxics program manager at Environmental Defence. “They don’t have the economic means to move to products that are a bit more expensive that may have lower or no chemical contamination.”

Last June, Statistics Canada reported 14.6 per cent of Canadians — about 5.1 million people — had lacked food at least once in the previous month, a four per cent increase compared to 2018. Many more don’t lack food, but their choices are constrained by financial considerations, said Valerie Tarasuk, professor at the University of Toronto and principal investigator for PROOF, an interdisciplinary research team studying policy approaches to reducing food insecurity.

Wages are the main source of income for about 65 per cent of food-insecure households, according to 2018 data from Statistics Canada. Low-wage jobs and precarious work situations are largely to blame, she explained. Nor is their burden evenly distributed: A 2019 report by the Canadian Centre for Policy Alternatives found Canadians who are Black, Indigenous or people of colour earned significantly less, despite being more active in the workforce.

Those low-wage jobs often also involve more exposure to chemicals — including phthalates, which are found in some skincare products, fragrances and plastics, too — compounding the effects of exposure. A lack of data makes understanding these disparities in Canada difficult, Malas explained, but studies in the U.S. have shown that women and people of colour are more impacted by compounded exposure to chemicals.

“What we see in the U.S. is that communities of colour have higher exposure to multiple chemicals,” said Tracey Woodruff, professor of environment and health and director of the University of California, San Francisco program on reproductive health and the environment.

Those chemicals are found not only in food but also in the environment more generally, especially in lower-income neighbourhoods, she said. That is problematic, as a cocktail of chemicals — particularly if they affect the same organs or biological systems — can have a more significant health impact than exposure to a single chemical individually.

“We always need to be concerned when the healthfulness of foods is tied to the cost of them,” says Valerie Tarasuk of @proofcanada.

“We know for a fact that people are exposed to multiple chemicals, all at the same time, and that some groups have higher exposures. The mac and cheese situation is just one component of that exposure scenario,” she said.

There’s no reason to think that Canada would be any different, Malas noted, as the two counties share similar exposure trends.

Not only that: Canada and the U.S. both use a “risk management” regulatory approach to potentially harmful chemicals, meaning that chemicals in food must be proven to be harmful before they are banned, Tarasuk said.

“(Canada’s regulations are) not about what is good for people. They’re about simply policing (when) there is some evidence (a product) will do harm. And people pay the price.”

In Canada, plastics materials that touch the fatty foods most susceptible to phthalate contamination can contain the chemicals. That’s despite a December assessment of 28 phthalates concluding the chemicals are hazardous but do not meet the legal toxicity required for regulatory action. A single phthalate, DEHP, is listed as toxic under Canada’s environmental laws. In contrast, the European Union has banned them from most plastics that contain fatty or infant foods.

That’s not the only issue. The assumption consumers choose what they eat lies at the heart of the Canadian and U.S. regulatory approaches. Educational initiatives take priority over rules that limit the presence of harmful chemicals in food. But knowing the risks of eating some foods and being able to avoid them are different.

Woodruff used organic foods in general as an example: “If we agree that organic food (contains) less of certain types of pesticides and therefore we think that people should have access to it, then we should make it accessible to everyone … we want to empower people to make the best choices they can for themselves, but we need the government to come in and make sure that all (available) choices are optimal.”

That is not the case in either country. People with the means to pay more for foods that contain fewer chemicals, like organic mac and cheese, can avoid them. Those struggling to make ends meet often cannot.

“We always need to be concerned when the healthfulness of foods is tied to the cost of them,” Tarasuk said.

Is the cost of avoiding trace

Is the cost of avoiding trace amounts of substances-of-concern in your purchases a hundredth as large an issue as exposure to serious health risks on the job, making those products?

I'm just a lot more worried about farm workers and pesticides, miners and dust, plastic factory workers, than about mac and cheese eaters.