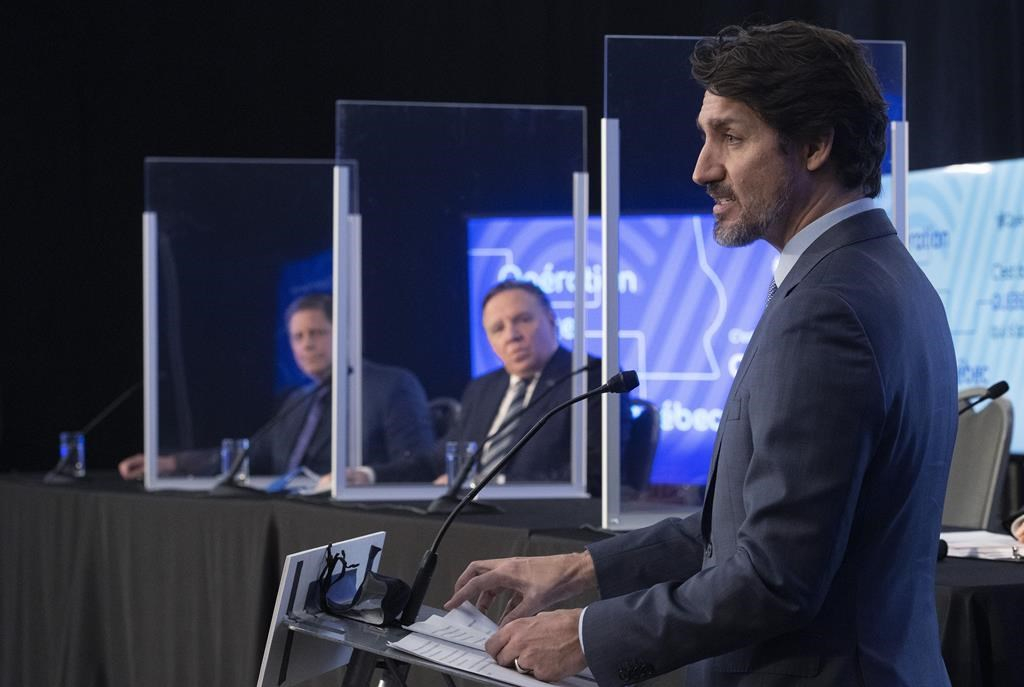 For the second week in a row, Prime Minister Justin Trudeau shared a stage with Premier Francois Legault Monday as they made a joint funding announcement aimed at improving access to high-speed internet in Quebec.

Before last week, Trudeau told reporters, it had been nearly a year since the two leaders met in person, and recently Legault has been at the forefront of a call by provincial and territorial premiers for more health-care funding, which he says must come without conditions.

But as they announced $826.3 million in funding to bring high-speed internet to nearly 150,000 Quebec households by September 2022, Trudeau hailed Quebec's leadership and Legault praised Ottawa's "flexibility."

Asked if the friendly words were a sign of improved relations between the two, Legault responded: "I hope so."

Trudeau said that despite "long traditions in various parts of the country around standing up for your region by picking a fight with Ottawa," there is also plenty of common ground. "One of the things we've seen through this pandemic is citizens want their various orders of government to work together," he added.

Both leaders said fast internet has become more important than ever.

"High-speed internet is becoming a basic utility, like water, or electricity. People need to have access to data," Trudeau said.

The new funding — with half coming from each level of government — will be used to subsidize telecommunications companies. Those companies will be required to connect all households in specific regions to high-speed internet by fall 2022 and to charge those residents the same rates Quebecers pay in big cities.

Asked about the decision to give hundreds of millions of dollars to already profitable telecom companies, Legault said the government is compensating them for the higher cost of connecting homes in less densely populated rural regions.

"It's normal," he said. "We can't force a business to offer a service at a loss."

Legault said that there are 36,000 households in the province that don't have access to high-speed internet and are not part of an agreement to connect them. He said he remains hopeful those households will be connected by September 2022.

Trudeau said Ottawa's goal is to connect all Canadians to high-speed internet by 2030.