Shuttering Line 5 would be a mistake, energy ministers warn 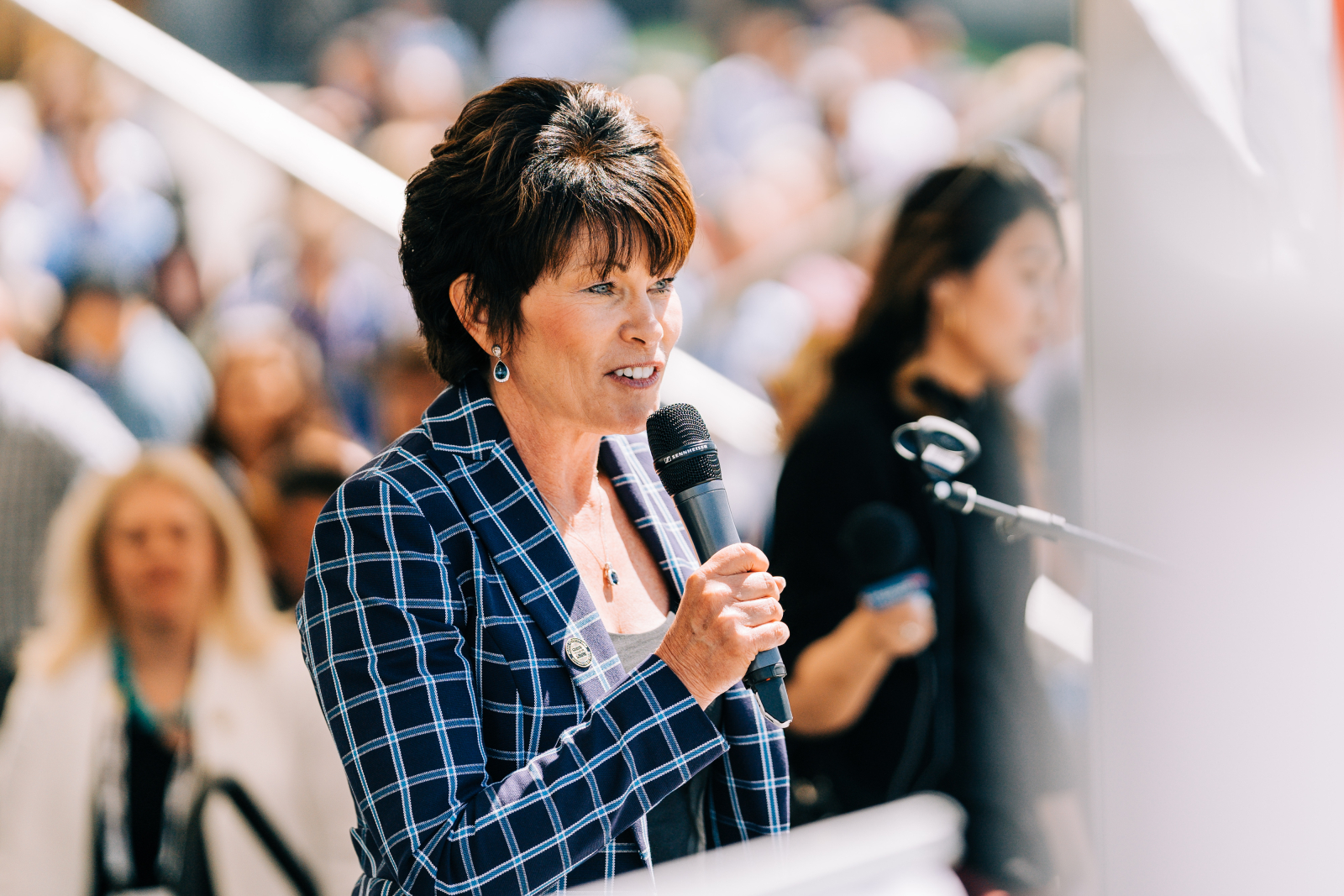 Alberta Energy Minister Sonya Savage speaks to a crowd at a pro-pipeline rally in Calgary on June 11, 2019. Photo by Louie Villanueva
Previous story
Next story

Provincial energy ministers made their case to a parliamentary committee Tuesday on the importance of the Line 5 pipeline and Ottawa’s duty to prevent it from shutting down.

Enbridge’s Line 5 — which ships up to 540,000 barrels per day of natural gas liquids and crude oil from Alberta and Saskatchewan through Michigan to Sarnia, Ont. — has until May 12 to turn off the taps in compliance with an order from Michigan Gov. Gretchen Whitmer, who’s concerned the pipeline could leak into the Great Lakes.

Ontario, Alberta and Saskatchewan energy ministers warned the House of Commons committee examining Canada-U.S. relations that the shutdown would have a “devastating impact” on the provinces.

“A decision to shut down Line 5 would raise energy costs for Canadians and affect everything from home heating rates and grain-drying costs to Pearson International Airport's fuel supply and propane for barbecues,” said Saskatchewan Energy and Resources Minister Bronwyn Eyre.

“What is possibly most concerning to Alberta, as it should be for everyone here, is the dangerous precedent that a shutdown of a safely operating pipeline would have and would pose for future infrastructure projects,” said Alberta Energy Minister Sonya Savage.

Savage added that shutting down the pipeline could grow Canada’s reliance on importing oil and would mean more oil being transported by rail and trucks, which would increase greenhouse gas emissions.

Bill Walker, Ontario's associate minister of energy, estimates that without Line 5, about 4,900 jobs would be cut and up to 23,000 more jobs in supporting industries would be at risk in Sarnia and the surrounding region — although studies are still underway to examine the potential impact.

Enbridge has gone to court to get the shutdown order reversed and ministers say Ottawa should also get on board the legal challenge.

Savage says the feds should turn to the Transit Pipelines Treaty of 1977, which guarantees that pipelines can move fuels between Canada and the U.S. The treaty has never been used before.

“What is possibly most concerning to Alberta ... is the dangerous precedent that a shutdown of a safely operating pipeline would have and would pose for future infrastructure projects,” said Alberta Energy Minister Sonya Savage. #cdnpoli

“Alberta will stand firmly behind Canada in using that treaty, and we encourage Canada to take a very strong position in the upcoming Line 5 legal proceedings,” Savage said.

The federal government has doubled down on keeping Line 5 open, but hasn’t laid out a specific legal strategy yet.

“It is an operational pipeline that not only employs people in Ontario and in Alberta and in Quebec, but provides energy security to those provinces and to U.S. states, as well,” Natural Resources Minister Seamus O’Regan told the Canada-U.S. committee earlier this month. “We are preparing to invoke whatever measures we need to in order to make sure that Line 5 remains operational.”

“It's also important that the federal government work with the provinces to participate in the current U.S. federal court proceedings to ensure that Canada's interests are represented,” said Walker.

The Canada-U.S. committee is expected to deliver an interim report on the pipeline by April 15, shortly before U.S. President Joe Biden will be hosting the Leaders Summit on Climate where both Canada and the U.S. are expected to announce a boost to their 2030 climate targets.

Help us help you, MPs tell Enbridge over Line 5 dispute