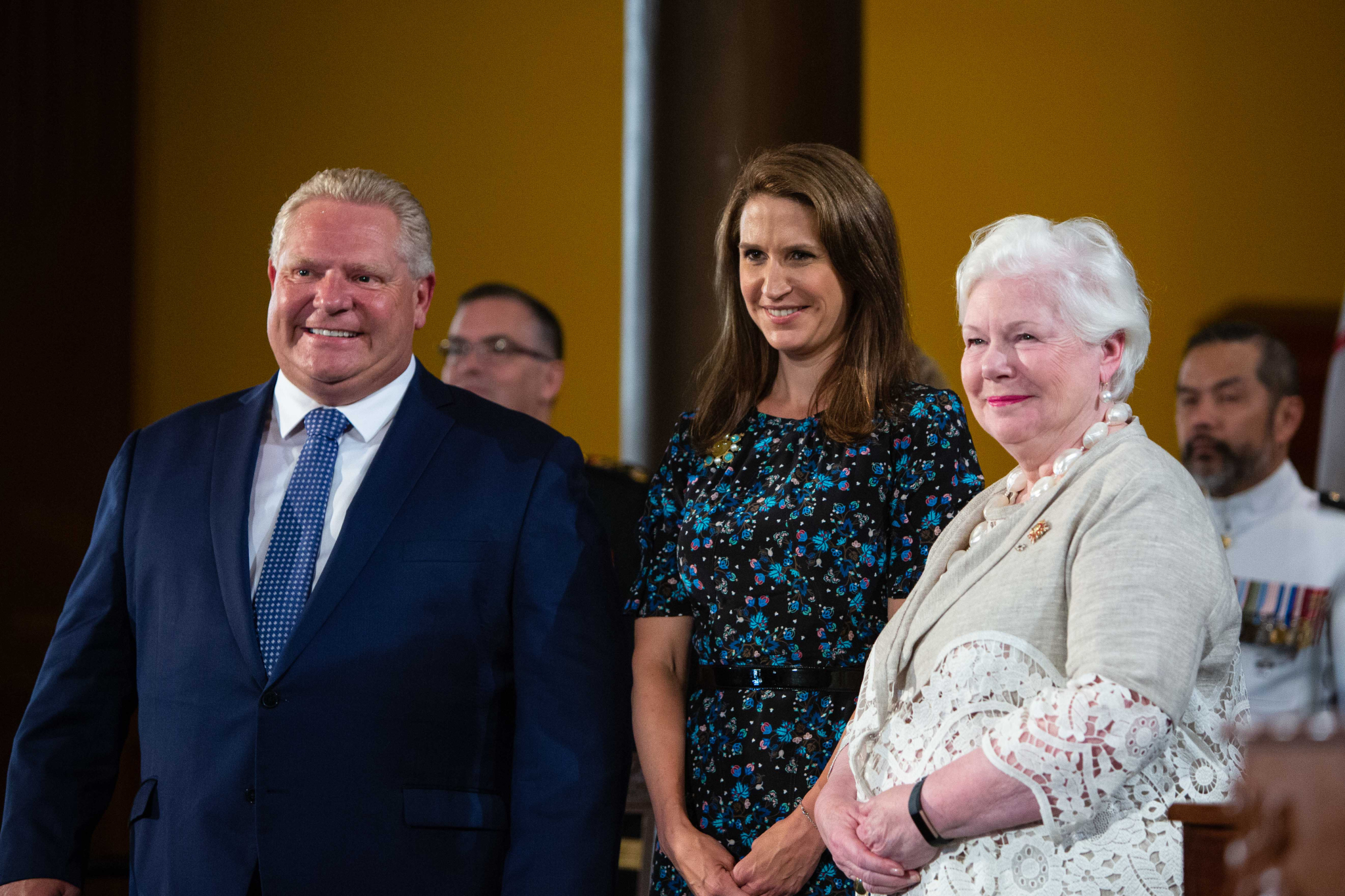 In the outer reaches of the Greater Toronto Area, plans for a new highway are attracting controversy.

On one side are Doug Ford’s Progressive Conservatives, who are seeking to exempt a decades-old idea from the environmental assessment process, arguing that it’s urgently needed to relieve congestion.

Critics, meanwhile, are raising concerns about the highway’s environmental impact ⁠— it would slice through the protected Greenbelt.

No, this isn’t the 413. It’s the Ford government’s other major highway proposal: the Bradford Bypass, also known as the Holland Marsh Highway.

“This highway is going to traverse some of the most sensitive parts of the Greenbelt,” said Margaret Prophet, the executive director of the Simcoe County Greenbelt Coalition, a non-profit that is campaigning against the bypass.

“I guess the bigger conversation is: How does Ontario continue to grow and when do we stop?”

The four-lane bypass would stretch from east to west across York and Simcoe counties north of Toronto, connecting Highway 400 with Highway 404 south of Lake Simcoe. Along the way, it would also cut through the protected Holland Marsh, an area of fertile soil and wetlands protected under the Greenbelt, and cross the Holland River.

First conceived decades ago, the project last received an environmental assessment in 1997 ⁠— before the policies protecting the Greenbelt and Lake Simcoe existed, and before the climate crisis was a major consideration.

The government has proposed exempting the project from having to undergo a new environmental assessment, and is working on a set of studies to finalize the highway’s preliminary design. Ontario Transportation Minister Caroline Mulroney has said early work could begin as soon as this fall.

Natasha Tremblay, a spokesperson for Mulroney, said in a statement that the province is working on a strategy to reduce the project’s potential impacts on the environment. With York and Simcoe expected to see explosive population growth in the next decade, the highway is needed to ensure infrastructure doesn’t become “overwhelmed,” she said.

In the outer reaches of the Greater Toronto Area, plans for a new highway are attracting controversy. No, not the 413. It’s the Ford government’s other highway through the Greenbelt: the Bradford Bypass. #onpoli

“The Bradford Bypass is necessary to relieve congestion on existing east-west local roads and provide a northern freeway connection between Highway 400 and Highway 404,” she said.

“Furthermore, it would unlock residential and employment opportunities to incoming and current local residents.”

Unlike Highway 413, which has come under increased scrutiny as municipalities pulled their support for the project one by one, the towns along the 16-kilometre route of the bypass broadly support it. But environmentalists and opposition critics are increasingly criticizing the government’s plan to fast-track the project.

“Environmental protections are not red tape. This is about protecting people and the places we love.”

The idea of a new highway connecting the 404 and the 400 goes back to at least 1979. Though previous governments conducted the environmental assessment in 1997 and approved it in 2002, the McGuinty government shelved it in the mid-2000s.

The project was dormant until 2017, when Kathleen Wynne’s Liberals put it back on the table. But even then, the project didn’t move forward until 2020, when the Progressive Conservatives started pursuing plans to forgo the new environmental assessment.

In February, a coalition of more than 20 environmental groups asked the federal government to take over the environmental assessment for the Bradford Bypass. Federal Environment Minister Jonathan Wilkinson is expected to make a decision on whether Ottawa will intervene in May, at the same time he rules on a similar request about Highway 413.

“Those studies are ... now horrifically out of date,” said Laura Bowman, a staff lawyer at the environmental law non-profit Ecojustice, the group leading the charge.

The assessment predicted severe pollution issues, which could impact fish habitat, Lake Simcoe, and private wells in the area, Bowman said. It also indicated that levels of benzene, a carcinogen emitted by car exhaust, could be higher than what’s currently allowed, but did not include an assessment of possible health impacts.

That assessment also didn’t account for the climate crisis or research showing that building new roads doesn’t reduce congestion, a concept called induced demand. The highway would also cross over nearly 11 hectares of sensitive wetlands, roughly the size of 27 football fields. (That area accounts for less than one per cent of the overall area of the Holland Marsh wetlands, the province says.)

In 1997, highway projects were also subject to a federal environmental assessment, which might have resolved those problems, Bowman said. But that work was never done and the law has since changed.

Tremblay did not directly answer when asked how the government plans to mitigate those issues.

“We all share the same goal of safeguarding the environment,” she said in the statement.

“As part of the preliminary design, the project team will carefully consider all impacts to wetland areas and will continue to work with environmental agencies, municipalities and other stakeholders to identify potential strategies to mitigate these impacts.”

The new set of studies the government is currently working on will look at impacts to wildlife, fish, groundwater, agriculture and air quality.

The province hasn’t released an estimate of how much the highway could cost.

“Construction costs will be determined when engineering refinements and preliminary design are advanced further,” Tremblay said.

Although the government contends the bypass would save drivers up to 35 minutes, Tremblay declined to provide the study behind those figures to Canada’s National Observer, saying it was still in progress.

The old assessment didn’t look at whether the province could help congestion issues by increasing public transit or improving existing roads. Tremblay didn’t answer when asked whether the province is looking at alternatives to the bypass, but said traffic issues are expected to increase “even with all currently planned transportation and transit improvements.”

“This is all just backwards,” Prophet said. “If you're so believing in this, that this is such a great idea, give everybody the information that you have and let the public say what they think needs to happen.”

“There needs to be a new set of eyes put on these megaprojects,” she said.

“Building and expanding highways is important, but only where and when they make sense,” she said in a statement.

“We would only consider proceeding with the Bradford Bypass if all of the environmental assessment conditions were appropriately addressed.”

The province is holding a public information session on the highway on April 22.

How is it that Conservatives

How is it that Conservatives can always find billions for highways but not for transit? Where are the budget constraints when it comes to paving, paving and more paving? The future needs farmland and green space. Just stop it already.