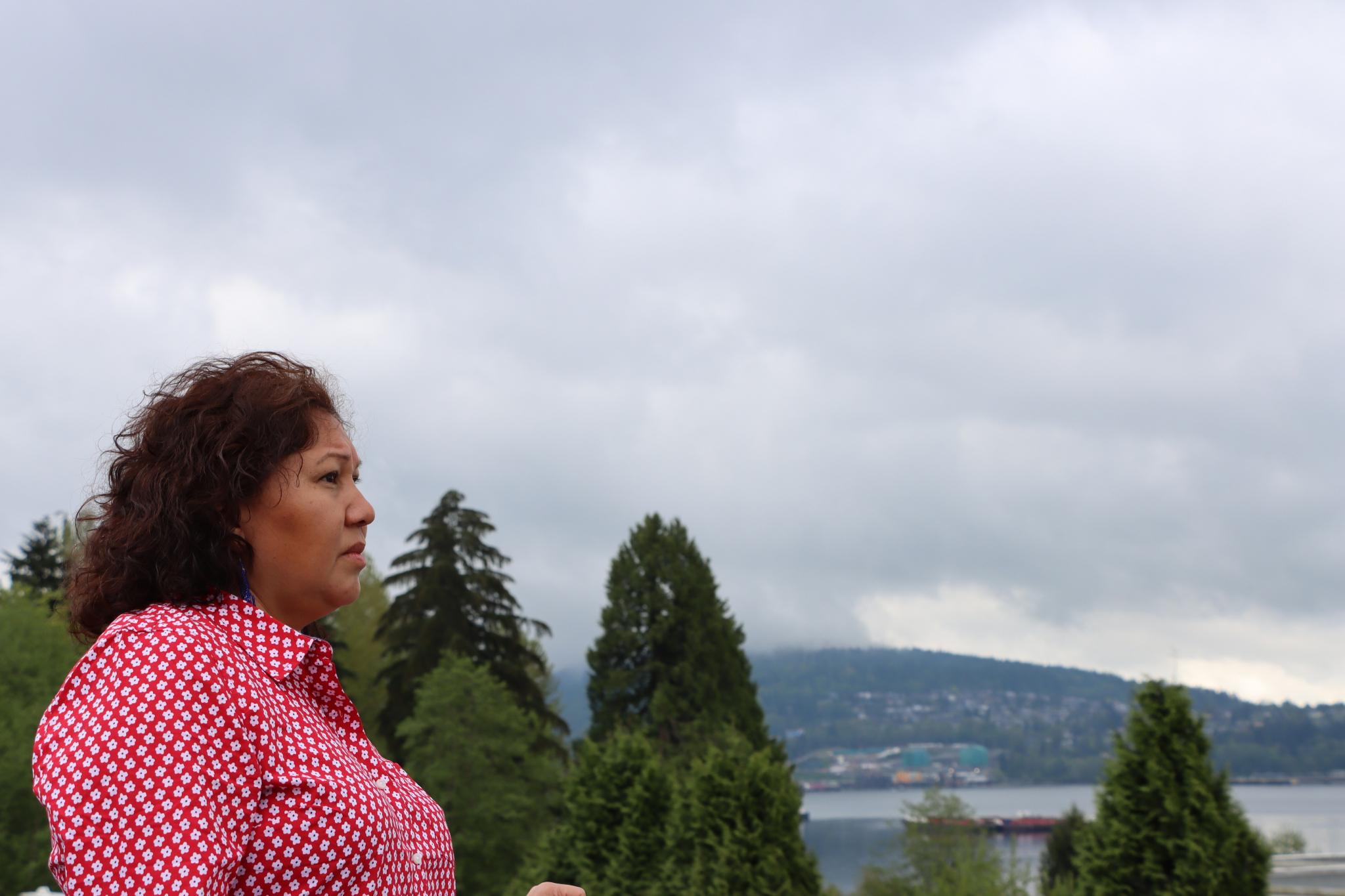 Charlene Aleck, a member of Tsleil-Waututh Nation, on the nation's reserve on April 30, 2021. Photo by Marc Fawcett-Atkinson
Previous story
Next story

Canada’s energy regulator has a message for Tsleil-Waututh Nation: We don’t believe you.

In April, the Canada Energy Regulator (CER) said it was “not persuaded” by the nation's legal argument it had a constitutionally protected right to communicate with companies on its territories about its own rights and laws.

The regulator expressed this skepticism at the same time as it granted a request made by the government-owned Trans Mountain oil pipeline to keep the names of its insurance companies a secret, based on the company’s allegation that not doing so could lead to losses.

Trans Mountain admitted it would not provide any proof of its allegation; the company said that, under the law, it didn’t need to prove anything anyway. The regulator acknowledged this fact in its decision, yet accepted it as “sufficient" to grant the request.

As a result, the nation is accusing the regulator of perpetuating an “obvious double standard” — giving Trans Mountain the “benefit of the doubt,” even over the objections of numerous experts, while insisting that Tsleil-Waututh Nation provide more evidence to prove its case.

“For Trans Mountain, they basically just wrote a letter saying, ‘Hey, we’re losing money, and it may be more expensive down the line for us to get insurance, therefore that’s enough to satisfy the confidentiality test,’” said Eugene Kung, staff lawyer at West Coast Environmental Law.

“On the flipside, we have Tsleil-Waututh Nation who have presented hours of testimony at the (CER) over the course of this proceeding, hundreds of pages of evidence including anthropologists and sociologists’ evidence, and so on... yet the CER is stuck in this prove-it mentality.”

Kung said the response from the regulator was “particularly frustrating” given the CER had seemed to acknowledge earlier this year that it and its predecessors at the National Energy Board (NEB) had been a part of systemic racism and colonization.

CEO Gitane De Silva told CBC News in February that from the regulator’s perspective, “systemic racism exists” and “we as an organization need to acknowledge that and to acknowledge our part in that.”

Cassie Doyle, the CER's chairperson, also told CBC News the NEB had “operated in a way that discounted Indigenous people, that saw them as an obstacle, that was adversarial.”

Canada’s energy regulator has a message for Tsleil-Waututh Nation: We don’t believe you. The nation wants to know why the regulator was "not persuaded" by its arguments, yet accepted #TransMountain's allegations without demanding proof. #TMX

Those comments are jarring when compared with the regulator’s decision dismissing Tsleil-Waututh Nation, said Kung.

“This is a denial approach, which says, ‘Oh, you have rights? Prove it,’” he said. “If you think about any other rights guaranteed by the Constitution, the courts are never going to come up to you and say, ‘First, well, prove it.’”

Stevenson said the regulator wouldn’t comment beyond the text of the decision itself, as well as a statement on its website about the decision. That statement makes no mention of Tsleil-Waututh Nation.

The nation had argued in its letter to the regulator that if the CER granted Trans Mountain’s request for insurer anonymity, it would deprive the nation of its ability to assert its inherent Aboriginal rights and title under the constitution.

Section 35 of the Constitution recognizes and affirms existing Aboriginal and treaty rights of First Nations, Inuit and Métis.

Tsleil-Waututh says its independent assessment of the Trans Mountain expansion project, supported by its own unextinguished Indigenous laws, found the project posed an existential threat to its way of life, and so it has withheld its free, prior and informed consent.

Only the nation can speak credibly about its own rights, and cannot rely on the regulator to protect or exercise its inherent Aboriginal rights, it said in the letter.

The CER referenced the nation in its decision, but said in a short paragraph that it was “not persuaded that the Tsleil-Waututh Nation has an established or potential Aboriginal right to communicate with Trans Mountain’s insurers that is protected by Section 35 of the Constitution.”

Tsleil-Waututh Nation’s Sacred Trust initiative, which has a mandate to stop the expansion project, called it “just one example of a pattern of denial of rights that fundamentally misunderstands their nature.”

Independent MP Jody Wilson-Raybould, the former federal justice minister, had expanded on this pattern of denial of rights in a speech to the Business Council of British Columbia in 2018.

Even though Indigenous rights were entrenched in the Constitution under Section 35 at the same time as the Charter of Rights and Freedoms, they “have never been treated or thought of in the same way as charter rights,” she said at the time.

“Since 1982, when an Indigenous nation raises a collective right under Section 35, the response of governments has been to say: ‘Prove it’... I would suggest that it is this choice — denial — that is at the heart of why we do not have certainty," she said, on issues concerning lands and resources.

This "denial" has manifested throughout Canada’s history, said Wilson-Raybould, through the Indian Act, residential schools, the erasing of Indigenous cultures, alienation of Indigenous Peoples from their homelands and more.

In March, the Business Council of British Columbia told the regulator it was supporting Trans Mountain’s request for insurer anonymity. The organization did not respond to a request for comment.

I agree with the First

I agree with the First Nations' position. But also, I'll say again--so it might cost Trans Mountain money if people know who insures them.
So what?
If the law is defined in such a way that companies don't have to tell anyone anything that might cost them money, that is a PROBLEM which undermines democracy. What's next, they don't have to reveal if people get poisoned by their activities because THAT might cost them money?

This is apples and oranges -

This is apples and oranges - not a double standard. The First Nations brought a position that it, as the applicant, must prove. If the abritrator finds merit, she can order the company to disclose information. Throwing around terms like double standard does not help.