For the love of the ice rink, let’s fight climate change 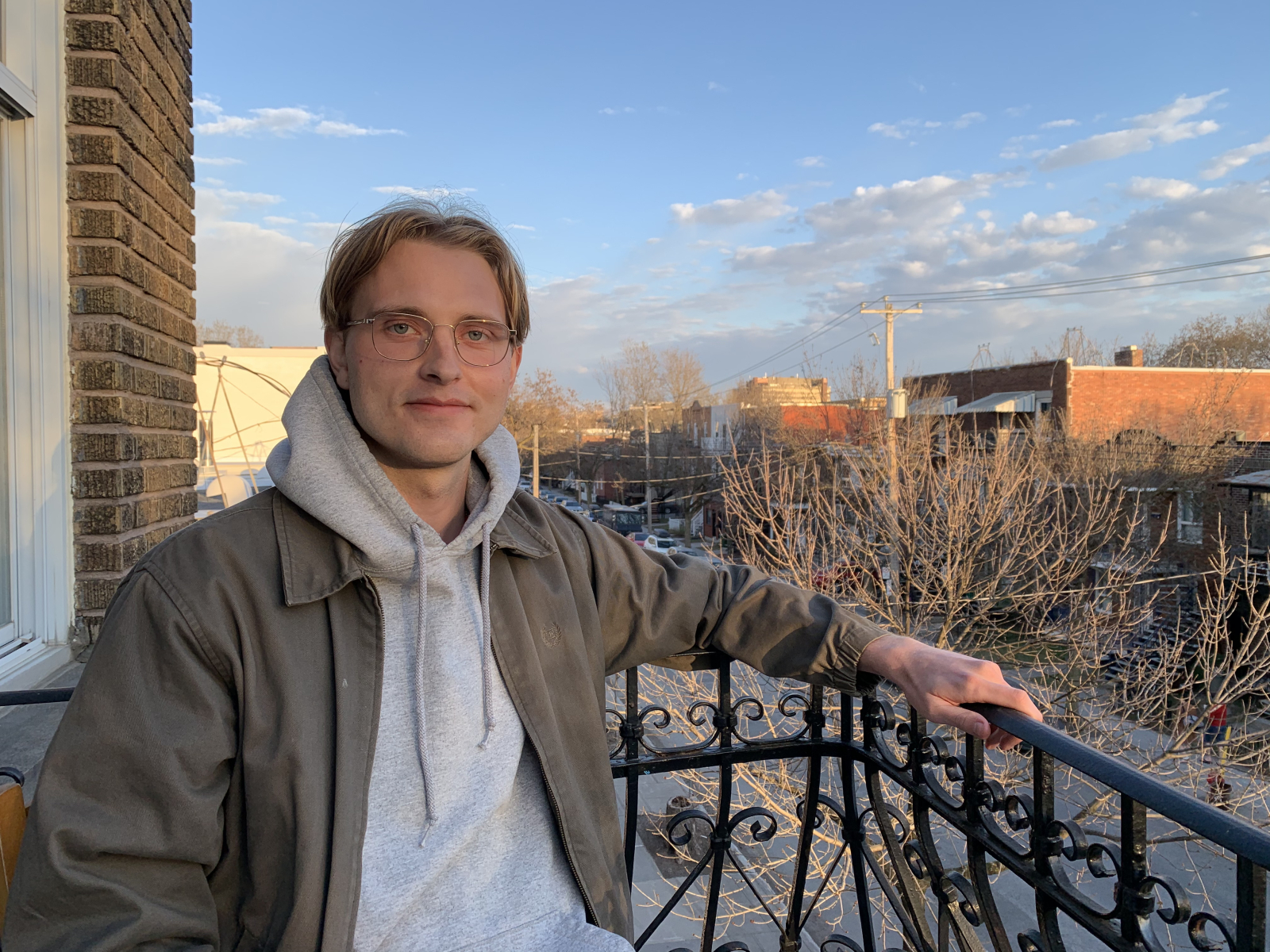 As part of a series highlighting the work of young people in addressing the climate crisis, writer Patricia Lane interviews Mitchell Dickau, who wrote a thesis calculating what climate change would do to Montreal's outdoor ice rinks.

Mitchell Dickau wants Montrealers to be able to keep skating. His Concordia University undergraduate honours thesis shows that unless we reduce carbon emissions by the end of the century, it will only be cold enough to skate outside 10 days a year in his adopted city.

Tell us about this study.

Montrealers love to skate. There are 250 rinks in the city, five within a three-block radius of my home. For 50 days a year or more each winter — after work, each day and all day on weekends — they are crowded. We have a city-wide love affair with skating. Whether we are playing pickup hockey or freestyle exercising together, regardless of our ages or abilities, with our hot chocolate or coffee, it is part of being a Montrealer.

I fell in love with this city when I moved here from Vancouver for my undergraduate degree. Once I started learning about climate change, I got really concerned and switched my major entirely. Often the impacts are described abstractly, and I wanted to find a way to make it real to my neighbours. So I used climate modelling science to tell this story.

If you love pickup ice hockey, knowing your children may not be able to play may make climate change more personal than learning some faraway islands in the Pacific are sinking or the North is warming. Losing ice rinks is frankly not a catastrophe. It’s nowhere near comparable to the losses endured by millions of people whose homes will be gone because of climate. But to many Montrealers, it is more tangible. If we pay attention to what is close to us, we might open our hearts and minds to the need to protect others further away.

You did that study last year when you were 25. What are your plans for the future?

I am enrolled in a PhD program studying climate modelling. I hope to be able to do many more of these kinds of studies to drive home the impact of climate justice crises for people. I am especially interested in helping to explain the dangers we face if we continue to overspend our carbon budgets. Unlike a household (that) might be able to temporarily borrow to get out of a spate of irresponsible spending or bad luck, we will reach our credit limit with nature if we continue emitting carbon dioxide. The good news is nature will give us a hand if we do our part. Forests can sequester some carbon from the atmosphere if we allow them to regrow. Endangered species can reproduce if we stop destroying their homes.

Unless we reduce carbon #emissions by the end of the century, it will only be cold enough to skate outside in #Montreal 10 days a year. #ClimateCrisis #ClimateChange

Did the way you were raised pave this path for you?

Growing up in Vancouver’s mountains, parks and oceans, it was impossible not to absorb the beauty of nature. I took it for granted. But inequality is also so obvious. The Downtown Eastside stands in such stark contrast to West Point Grey. My parents raised me in a religious community that took social justice very seriously. I stopped taking the beauty of nature for granted once I could see the injustices that will result if we continue to do so.

Canada has one of the highest rates of per capita emissions in the world, and we are one of the richest. We should repay that debt by being climate leaders. But it is obvious decision-makers are not listening to the million people who were on the streets with Fridays for Future in September 2019 calling for bold decisive action. I worry that as we wait longer to act on climate change, the more challenges we'll face fighting wildfires, coastal sea-level rise and extreme heat.

The government has set a net-zero emissions target, and that is huge. While it is absolutely true that the target is not law and there is no detailed plan to achieve it, we cannot say we won’t get there because the truth is we have not yet tried. Once we start trying, I am very confident we can make great strides very fast.

Vote. Politicians want to get elected. They know many young people don’t vote, and they choose policies supported by older people. If we vote, we can change that. Find out which candidates have a real climate plan, choose the one most likely to win and vote for them. Otherwise, we split the vote and those who continue to ignore climate change get elected. We cannot afford that. Our future is in the balance.

Vote for our future. Vote for less inequality, bold climate reduction plans, not just targets, and for Canada to do its part. Talk to your friends about local impacts. In Montreal, ask your neighbours if they want to keep skating.

How to look good without wrecking the planet

Decades ago we used to be

Decades ago we used to be able to skate on Deer Lake and/or Burnaby Lake here in Burnaby, B.C. The right conditions happened about every other year. I do not recall the last occasion, but it must have been at least 20 years ago.

Ice rinks are important! I

Ice rinks are important! I and several other volunteers looked after, started, shoveled the Foothills Community outdoor ice rink from 1991 to 2002. During that decade making ice between Thanksgiving & Halloween turned into making ice between December 20 to January 3. That is warming at about 5 days per year. And yes we sure noticed it. Coincidentally this was the same time period that BC Parks and Environment refused chemical control of the Pine Beetles in Tweedsmuir Provincial Park. Their reason was let the cold weather, meaning below minus 35 C, kill them. Bad decision! Cold Temps never happened and we all know what the pine beetle did to BC forests. That was over 20 years ago and we Canadians are no closer to reducing our carbon emissions than then. If fact my Alberta MLA and my federal MP still do not believe in global warming and actively lobby against any restrictions on oil sands production as " our oil is more ethical " than other producers. As if ethics reduces CO2 .