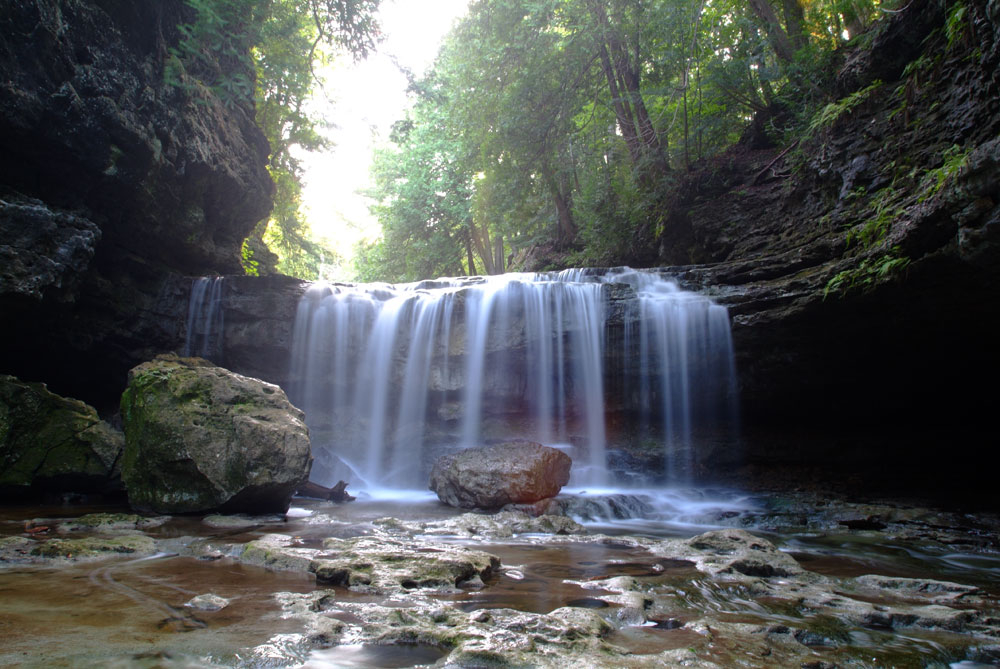 If people don’t see themselves in green spaces, they will not come. Nor will they come if they don’t feel safe. Photo courtesy of Friends of the Greenbelt Foundation
Previous story
Next story

Pandemic lockdowns have prompted many young people in Toronto to explore the city’s ravines and other outdoor areas, many for the first time. But in our research, we’ve talked to some who said they were wary of going into the urban forest.

Their fear of nature included not knowing enough about ticks, giant hogweed, and poison ivy, but more tellingly, they feared people. People who “othered” them through their gaze and made them feel “not welcome” or “as intruders.” The youth said they are more comfortable visiting nature areas that reflect Toronto’s diverse population, but tend to avoid visiting ravines in neighbourhoods with a higher white population.

For visibly Muslim young women, the fears were about how they might be threatened because of their clothing, especially a hijab. For Black youth, it was their skin colour. The fear of the look and the gaze is as real as that of a racist comment or worse still, violence.

So much for the “great outdoors” narrative that helps define Canada? Not at all.

In early 2020, we conducted research commissioned by Nature Canada to help incorporate anti-racism and equity in its programming to connect young people and their families to nearby urban nature.

Revelations came from some 40 young people of colour we met in focus groups. The majority lived in apartment buildings in Toronto.

We were impressed to find they had a sophisticated understanding of biodiversity and climate change. They already understand the planet is in serious trouble.

At the same time, their observations confirmed a worrisome global trend — increasing urbanization is the leading cause worldwide for a growing human disconnect from nature. It’s a concern because the global conservation movement depends on people not only noticing, but caring about the state of nature.

Even when nature is only a few minutes walk away, to many of them, nature was unfamiliar and inaccessible.

Multiple studies have documented links between social-economic status and access to nature. Wealthier neighbourhoods often contain more green space than poor areas. The cost of outdoor sports and leisure activities has frequently been cited as a barrier.

Conventional studies also concluded that immigrants prefer passive recreational activities, such as picnics, over individual active recreation. However, a national survey by Mountain Equipment Co-op (MEC) in 2018 found greater participation by people of colour than white people in some active sports. MEC started to show diverse models in its advertising that year.

If people don’t see themselves in green spaces, they will not come. Nor will they come if they don’t feel safe.

Increase familiarity and confidence about being outdoors by showcasing racial diversity in nature. Profile racialized people working in nature and the environmental sector. Role models for students may influence their choices in what they study, where they volunteer, their career paths and their leisure activities.

Dismiss the idea that finding nature requires a long trip outside the city to wilderness landscapes. Urban landscapes like city parks are just as valid, just as worthy of exploration and care. Programs should emphasize that nature is fun and a part of life in the city.

Our work coincided with worldwide protests in solidarity with the Black Lives Matter movement response to U.S. police killing George Floyd and Breonna Taylor, and the racial profiling of Christian Cooper, a Black birdwatcher in New York City’s Central Park.

In Canada, on his six-week cycling trip across the country, Philip Morgan was constantly asked what he was doing and where he was really from. It was inconceivable to many that a Black man was in nature simply because he liked the challenge.

Canada is increasingly multicultural. In the Greater Toronto Area, more than half of the 6.2 million residents are racialized. Toronto has the highest Black population in Canada at 442,000, including 100,000 youth.

Ambika Tenneti is an environmental scientist by training and has worked extensively with Indigenous and rural communities in the fields of environmental health and education in India. She is a PhD candidate at the University of Toronto where her research is on connecting recent immigrants to nature in the city.

Jacqueline L. Scott is a PhD student who researches ways to make outdoor recreation and environmentalism accessible for Black people. A keen outdoor fan, she leads hikes and bike rides for outdoor clubs and community organizations.

How to preserve nature in southern Ontario

Take two hikes and call me in the morning