Is this Transport Canada policy too slow for at-risk whales? 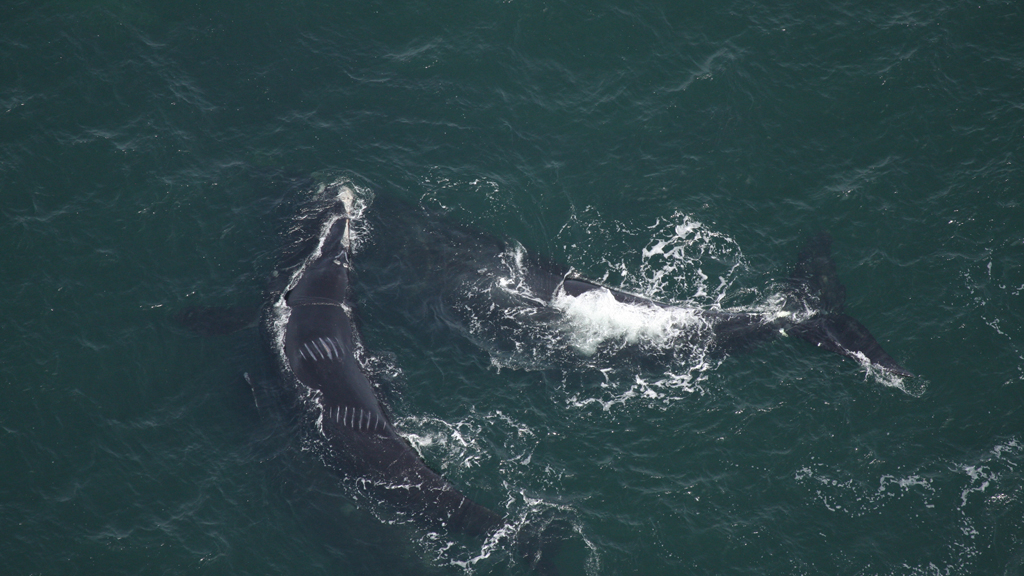 Vessel strikes are one of the leading causes of mortality among North Atlantic right whales. Photo provided by Oceana Canada
Previous story
Next story

In early 2020, Transport Canada introduced a voluntary slowdown to protect the critically endangered species, but the majority of vessels are not complying, Oceana Canada found.

There are now fewer than 366 right whales left in the world, according to researchers, and there have been 21 known right whale deaths in Canadian waters between 2017 and 2020.

“It is the collisions with these vessels that are killing these whales,” said Sean Brillant, senior conservation biologist at the Canadian Wildlife Federation. “We need to be a bit more aggressive in a situation like this with a species that is so close to extinction and that is so clearly shown to be affected by vessels and vessel traffic.”

Slowing vessels to 10 knots or under can reduce the lethality of a collision by 86 per cent, according to a 2013 study of collision-related mortality in right whales, which is why Oceana Canada is calling on Transport Canada to make the slowdown mandatory. Newer research has shown collisions with large ships are often lethal even at lower speeds, but limiting speed still helps reduce the risk, said Brillant.

Global Fishing Watch data revealed 64 per cent of vessels failed to comply with the 10-knot voluntary slowdown in Cabot Strait from April 28 to May 4, the first week the measure was in place in 2021.

In areas with mandatory speed restrictions, compliance is high, with only 44 out of 600 vessel movements exceeding the restrictions, according to Transport Canada.

“There's no good reason why they shouldn't make it mandatory,” said NDP fisheries critic Gord Johns. “Timing is of the essence given the state of right whales ... they're on the brink of extinction.”

Transport Canada issued a statement to Canada’s National Observer saying the slowdown will remain voluntary for 2021 and that it “has increased outreach to mariners and vessels transiting the Cabot Strait.” It says making the restriction mandatory will require increased monitoring of right whales, as well as “evaluating and weighing safety considerations, economic impacts, and ongoing detection data to ensure the measure is effective at protecting the North Atlantic right whales and mariners.”

@OceanaCAN is calling for a mandatory slowdown to protect right whales after finding 64 per cent of vessels failed to comply with the 10-knot voluntary slowdown in Cabot Strait.

Transport Canada also noted its results of this year’s trial voluntary slowdown in Cabot Strait are indicating increased participation rates over those reported by Oceana Canada.

Oceana’s analysis doesn’t account for weather and some of these factors, said Kim Elmslie, campaign director for Oceana Canada. She said sometimes adverse weather conditions cause restrictions to be lifted for the safety of vessels, which “is understandable and unavoidable.”

“However, the risk of vessel strike to the whales remains — which makes it even more important to have strong, mandatory measures in place when vessels can safely slow down,” said Elmslie.

Although speed restrictions are important and useful, they aren’t the solution to preventing lethal strikes on whales, Brillant said. A 2020 study, which he co-authored, found large ships going 10 knots still have an 80 per cent chance of killing a whale if one is struck.

Ideally, Brillant said, we would try to move our vessels away from the whales, but this poses a challenge in the Cabot Strait.

“In this case, speed restrictions may be the best tool we have to dial down the possibility of lethal ship strikes on whales,” he said.

Transport Canada’s introduction of the voluntary speed restriction and other monitoring techniques in the area are all good steps, said Elmslie. “But we want them to go even further than what they're doing.”

Oceana Canada also wants the voluntary speed restrictions to come into effect before April 28 because right whales have previously been spotted in the strait days before the slowdown kicks in, including one sighting this year on April 26.

Oceana Canada will continue to meet with Transport Canada and the shipping industry to try to make the speed restrictions mandatory, she said. “I feel confident that we can find some common ground.”

“This is the critical moment where we have to pull out all the stops and do everything that we can,” said Elmslie. “We don't really have the luxury to pilot and trial and take a few years to see if we can educate and do other things. I think that those are noble efforts, but the whales just don't have that much time.”

Without fast action from Canada and the U.S., North American right whales could perish