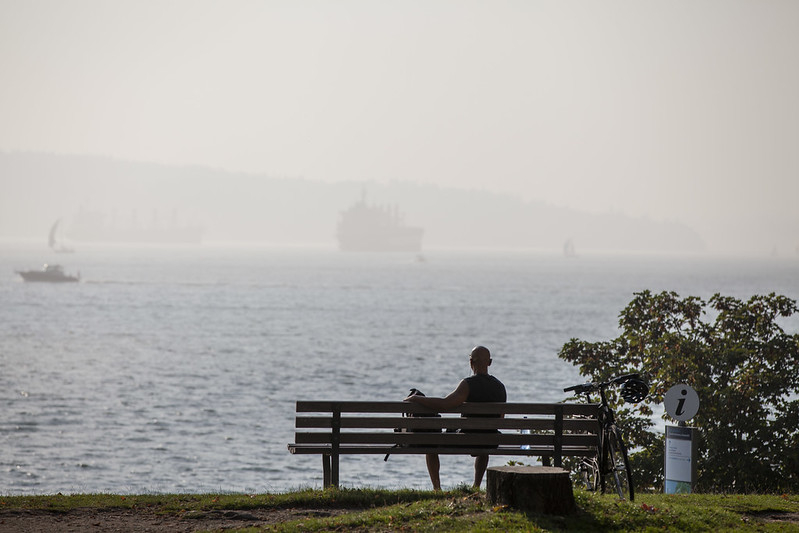 Worsening smog and air quality will have an effect on Canadian's health over time, says a new study. Photo by GoToVan / Flickr
Previous story
Next story

Climate change threatens health as well as economics and the environment, and in the decades ahead, could cost Canada’s health-care system billions of dollars.

That is the verdict of a new report from the Canadian Institute for Climate Choices, which found the changing climate will worsen pre-existing health conditions and strain the health-care system unless governments take significant action. It also found, as with COVID-19, the most vulnerable parts of the population will be disproportionately affected.

The pandemic has showcased the significance of public health measures and highlighted how the more disadvantaged someone is, the more vulnerable they are to COVID-19, said Ian Culbert, executive director of the Canadian Public Health Association.

“This report underscores the importance of governments investing today in proactive initiatives to protect people’s health and well-being.”

As an example, lead researcher Dylan Clark said people who are precariously housed or homeless are more vulnerable to heat. They are also more likely to have problems accessing adequate health care as climate change worsens.

Outside of demographics, Clark and his team focused on three key health impacts and analyzed how projected emissions might affect them: they looked at how air quality, increased cases of Lyme disease and hotter temperatures will all have a significant effect on people’s health.

The report says air quality, particularly smog, could cause more than 250,000 people per decade to be hospitalized or die prematurely and could cost the health-care system $250 billion per year. They measured how respiratory illness, specifically asthma, could increase, and how many hospital visits might be associated with the uptick.

Clark says warmer weather will lead to an increase in the number of ticks in more places across the country. The cost of Lyme disease is less certain and won’t compare to other climate-related health costs. However, it is predicted the number of cases will rise from the current 600 annually to 8,500 by 2050. The once-rare disease could end up costing the health-care system $3 million per year.

Heat-related deaths are another part of the puzzle.

“What is true for #COVID19, is true for #ClimateChange. Climate change is a public health emergency and must be treated as such,” says Ian Culbert, executive director of the Canadian Public Health Association. #HealthCare

Clark says by mid-century, costs associated with heat-related deaths could rise to between $3 billion and $3.9 billion per year. And while that is a large sum, it may pale in comparison to the costs incurred by people whose mental health is deteriorating, the report stated.

“What we've seen in terms of impacts from disasters, whether it's the Fort McMurray wildfire or floods in Ontario and Quebec, is that those big events can have dramatic impacts on the health and the mental health of communities that experience them, as well as first responders and everybody that's responding to those incidents,” Clark said.

“But we also know that some of the ... longer-term, slower-burn impacts, like ecosystem shifts, can also have pretty dramatic impacts on mental health and well-being.

Like mental health, other values, such as the loss of traditional food sources for Indigenous communities and increased food insecurity, are harder to quantify. However, Clark says that doesn’t make them less important — they’re still critical to health.

Eric J. Mang, co-chair of the Canadian Coalition for Public Health in the 21st Century, and Clark agree health adaptation policy could help offset some of the costs related to climate change. More investment in housing, for example, could reduce heat-related deaths.

“The scientific consensus is clear: Without rapid mitigation of greenhouse gas emissions, the public health effects will only intensify in the years to come. Fortunately, many of the policies needed to fight climate change could also produce health benefits, reduce health-care costs, and improve social cohesion and equity in our communities,” said Mang.

“This report underscores that climate change disproportionately harms the most disadvantaged populations. Policymakers must consider options that have a triple aim of reducing the impact of climate change, improving health outcomes, and reducing health inequities.”