This climate change combatant has wheels and is ready to fight 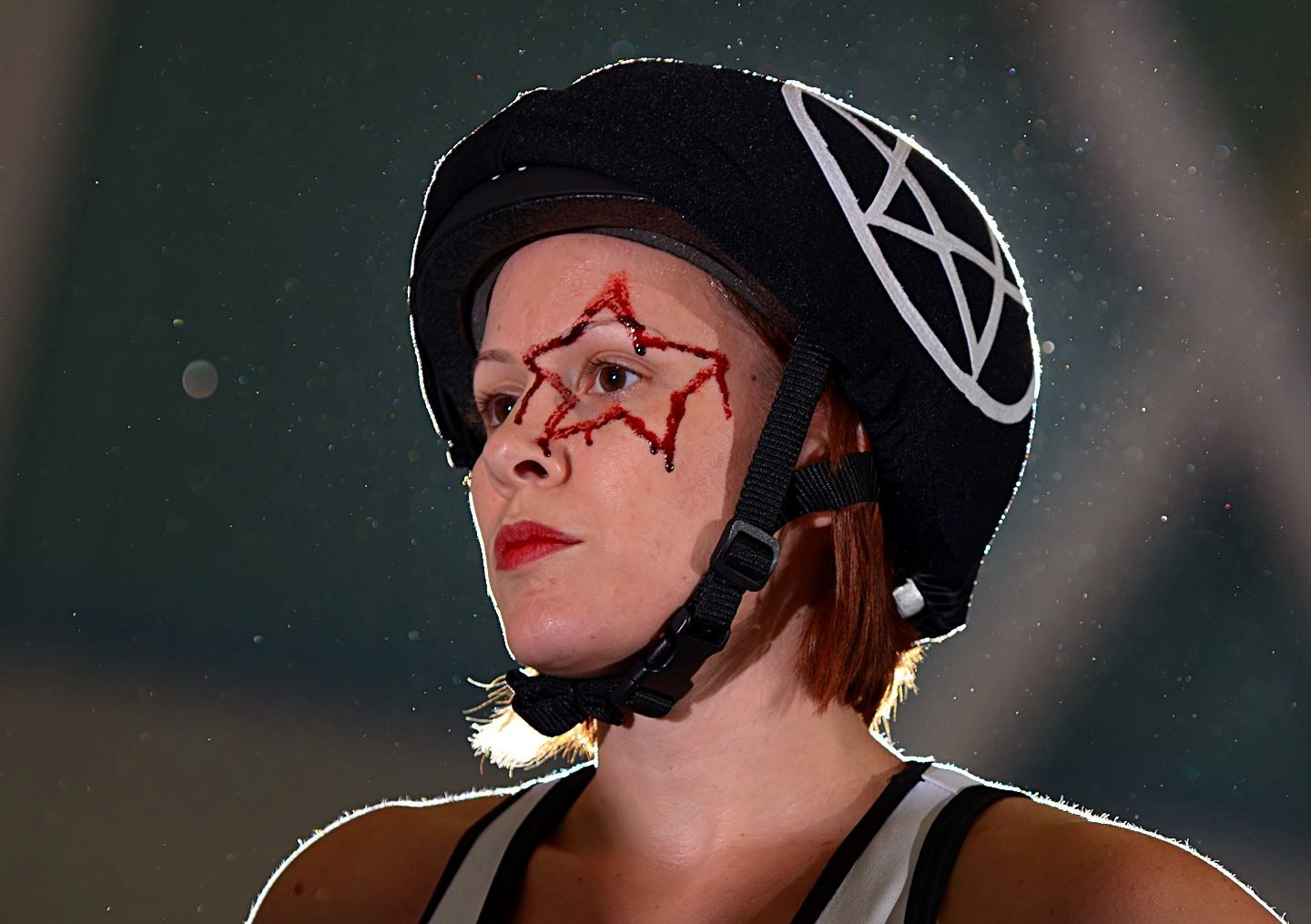 As part of a series highlighting the work of young people in addressing the climate crisis, writer Patricia Lane interviews Danielle Pohl, a crime and climate change fighter who can often be found on roller skates.

Women’s roller derby has a lot to teach us about fighting climate change.

Danielle Pohl’s day job is administrative support for prosecuting major crimes in Chilliwack, B.C. But she has two other lives outside that. As “D.J. Pohl”, she is a tireless voice for including workers in the fight for climate justice. As “Pohlverine,” she is a member of the Chilliwack Women’s Roller Derby team.

Tell us about your work on climate justice.

I am an elected leader with the BC Government and Service Employees' Union, the Fraser Valley District Labour Council and the Canadian Labour Congress. I constantly look for ways to include the voices of workers in the conversation our entire country is now having about a just transition to a zero-carbon world. This is not always easy. In 2017, I was appointed to the British Columbia Climate Solutions Council to add youth and labour perspectives to the advice given by the council to the provincial environment minister. We strive for consensus, but it is challenging to include business and industry, farmers, Indigenous people, environmentalists, youth and workers. Gender identity, racialization and sexual preference may all affect how people see things. I seek to listen hard and then make sure workers are strongly represented. The council stresses how important it is for decision-makers to engage with impacted people. I advocate that workers affected by reduced coal exports or a moratorium on old-growth logging must be at the table giving advice about how to provide for a prosperous transition.

This climate change combatant has wheels and is ready to fight for a just transition. #climatecrisis #JustTransition

What are some lessons you have learned at the council?

Workers want to leave the world a better place for our kids, but we also want secure livelihoods now. Workers can be supported to identify opportunities for their skills and to retrain with dignity for an even better future. We have to do a better job educating everyone about the huge opportunities offered by a just transition to a clean economy.

How did you get interested in climate justice advocacy?

Ten years ago, I was just starting my career and looking for ways to give back here in Chilliwack. Trans Mountain proposed running its twinned pipeline under a major aquifer. Pipelines leak frequently and our already endangered world-class drinking water would be even more at risk. I joined community groups campaigning to get the TMX pipeline moved.

In 2012, a resolution opposing pipelines at a BC Federation of Labour Convention failed to pass because of the fossil fuel jobs promise. This lit a fire in me to do more within my union and the labour movement to understand workers' concerns so organized labour can better support decision-makers to reduce emissions. Having workers at the table has helped boost organized labour into a leadership role in the quest to keep our planet habitable. We are getting educated and taking action, such as supporting climate-friendly investment strategies and reducing emissions in our own buildings.

How does roller derby fit into your life?

Being a climate advocate requires all-in passion, and so does women’s roller derby! I have a fierce love for the sport and the planet. In both I see the imperative of using offence and defence simultaneously and being strategic while holding nothing back. Roller derby teams only work if they are completely democratic and inclusive. It's the same for climate justice. We have to work together, be strategic. The camaraderie in roller derby means it is so much fun, and it has real benefits in terms of healthy athleticism. Same holds true for climate justice advocacy. I meet wonderful people and the world will be so much healthier when we win.

How does your work in major crimes prosecution fit in?

Last month, I was awarded a leadership award within the BC Prosecution Service. Being a passionate advocate for justice, fairness and equality drives positive change in all aspects of my life.

Sometimes the length of my to-do lists seem overwhelming. And sometimes it feels unlikely that we will actually reduce emissions enough to keep the planet habitable. But things are changing. It is late, and it might not be fast enough, but supporting the shift is the right thing to do. Hope is better than any of the alternatives.

I got elected to my first leadership position in 2012, when I was 26. Don't wait to lead. You have so much to offer right now. Embrace and channel your anger to fuel engagement. Demand that your union and your boss get involved. It is OK to not have a complete plan. Decide what your values are and do what is right.

We need your knowledge and life experience. We can’t afford to start all over again. But make space for us. Ask who is not included and create options. We need everyone’s voice to get where we must go. Coming out of the pandemic is an opportunity not to be missed. Use your influence with decision-makers to ensure we have a living planet to call home.

Teen activist pushes city hall to get serious about emissions

I keep looking back into my

I keep looking back into my past and wondering how we got to the present. During my childhood we played outdoors most of the time. We were lucky to have a telephone in our home - not everyone did. In my extended family only one household had a television and we all gathered to watch the few channels that existed in the 1950's. Bottled water? maybe, but only in glass bottles. Supermarkets? The A&P was all we had until I was in high school Plastic? huh, not much of it around until the mid '60's Thought I'd died and gone to heaven when plastic pants became available to cover my son's diapers. Those first versions weren't very effective! The fact is we could all certainly get along fine with a lot less - especially packaging.