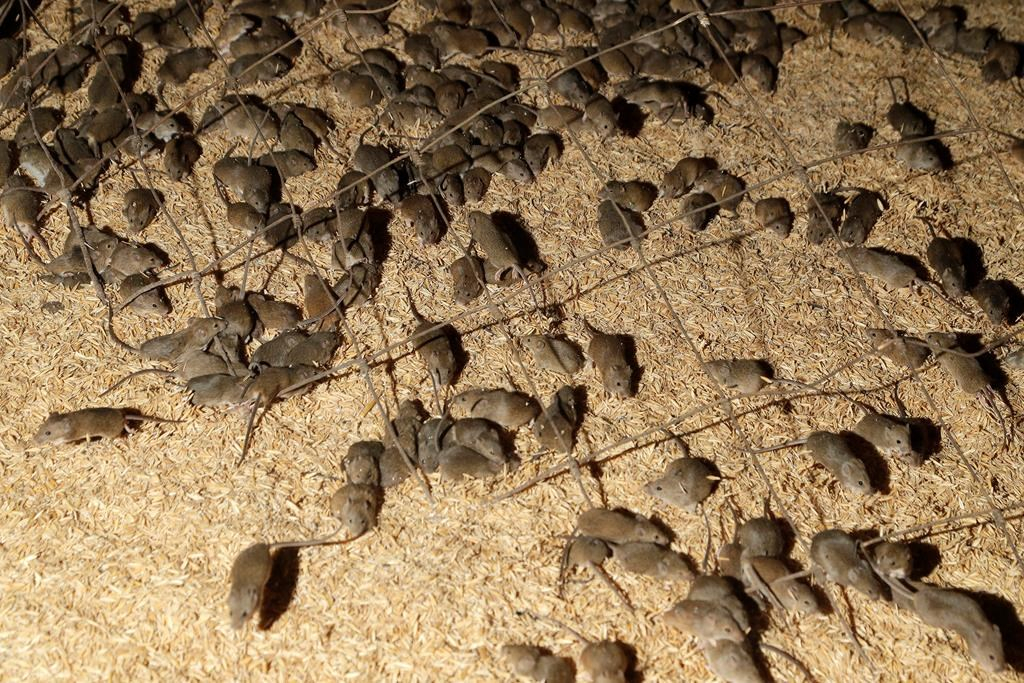 In this May 19, 2021, file photo, mice scurry around stored grain on a farm near Tottenham, Australia. File photo by The Associated Press/Rick Rycroft
Previous story
Next story

A plague of mice that has ravaged vast swathes of eastern Australia has forced the evacuation of a prison while authorities repair gnawed electrical wiring and clear dead and decaying mice from walls and ceilings.

Around 200 staff and 420 inmates will be transferred from the Wellington Correctional Center in rural New South Wales state to other prisons in the region during the next 10 days while cleaning and repairs take place, Corrective Services Commissioner Peter Severin said on Tuesday.

“The health, safety and wellbeing of staff and inmates is our No. 1 priority so it’s important for us to act now to carry out the vital remediation work,” Severin said.

Millions of mice have caused havoc in the grain-growing region of Australia’s most populous state for months, devouring crops and haystacks as well as invading homes, businesses, schools, hospitals and prisons.

The most common complaint about the plague is an ever-present stench of mice urine and decaying flesh. People report being bitten by mice in bed. Mouse carcasses and excrement in roof guttering are polluting farmers’ water tanks and causing sickness.

The remediation work at the prison will include investigating ways to protect the facility from future mice plagues, which are a phenomenon largely unique to Australia.

Plagues usually happen when rain follows several years of drought. The current plague is the worst that many can remember in some areas.

Severin said the mice infestation was worst in prison buildings that weren’t built from concrete.

“The mice have got into ... wall cavities, into roof spaces. They’re dead but then they start obviously decaying and then the next problem is mites,” Severin told Australian Broadcasting Corp.

Australian #prison to be evacuated after #mice move in. #Australia #mice

But numbers could explode again if conditions are right in the spring.

The chinchillas and the gold mine