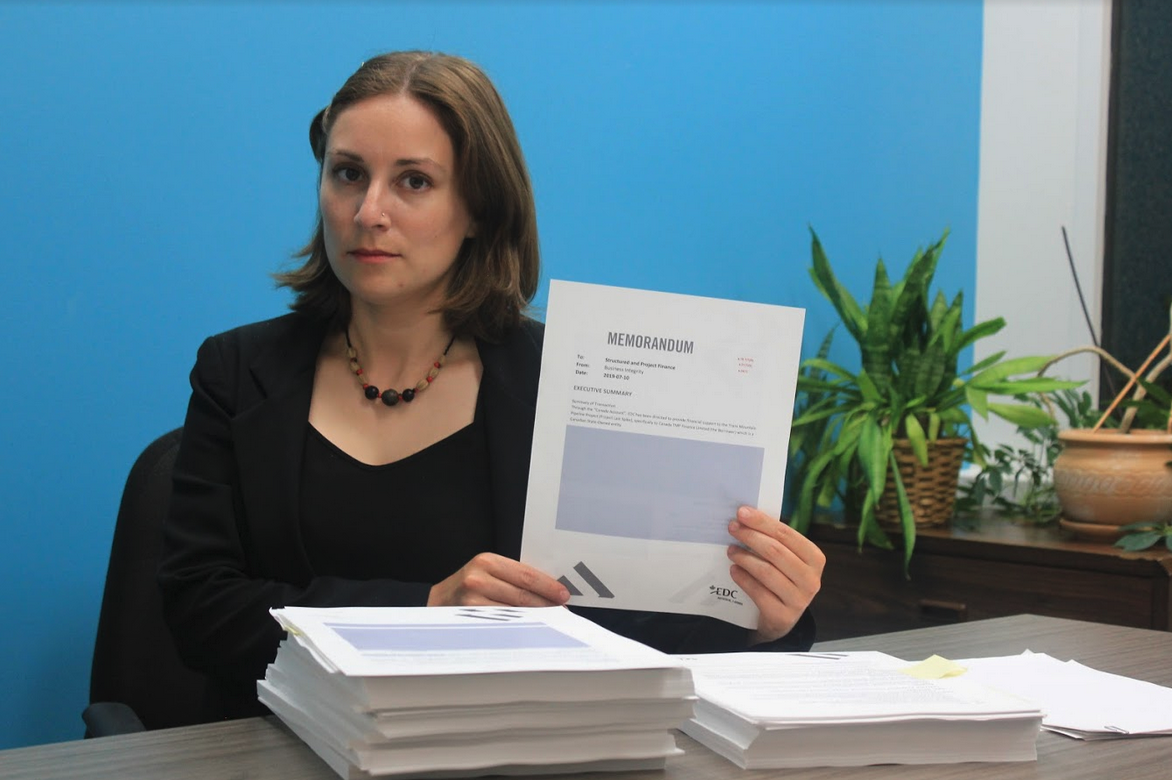 Since 2018, governments in Canada have pumped at least $23 billion worth of support into three megaproject pipelines designed to move giant amounts of oil and gas to international markets, undermining Ottawa’s commitment to lower greenhouse gas emissions, says a new report from the International Institute for Sustainable Development (IISD).

Those pipelines are Trans Mountain, Coastal GasLink, and Keystone XL. The IISD found that since the COVID-19 pandemic hit, governments supplied those projects with at least $10 billion worth of support.

“There's a lot of money being put towards oil and gas export pipelines in Canada, and we are coming out of a pandemic where we have the opportunity to redesign our economy in a way that puts people and the planet first,” said the report’s author Vanessa Corkal. “The main question I would like this report to raise is whether these investments align with the future we want in Canada.

“There are clear opportunities for the government of Alberta and the government of Canada to be investing in areas that are more economically viable long term, and that leads directly to the climate question of what industries are going to be thriving in a low-carbon economy?” she said.

The report focuses on government “support” rather than “subsidy” because not all forms of financial aid Ottawa offers fit under the agreed upon definition of subsidy set by the World Trade Organization. Support, on the other hand, has a broader definition, but the report also notes that “many support-related questions remain unanswered,” calling for greater transparency about how public dollars are spent, and implying $23 billion is likely an undercount.

The Trans Mountain pipeline, and its expensive expansion project, is the largest recipient of government support, totalling at least $15.3 billion since 2018. That is largely because Canada agreed to purchase the pipeline for $4.5 billion from Kinder Morgan, which could not find a private buyer to carry out the expansion.

The expansion project would more than double capacity for the pipeline from 300,000 barrels per day to 890,000, representing an overall 14 per cent increase to the country’s total capacity. But Ottawa has maintained that it does not intend to be a long-term owner, and is already looking for a way to sell once the expansion project is complete.

That expansion was initially estimated to cost $7.4 billion, but the latest cost estimate has a price tag of $12.6 billion. It’s also at least three years behind schedule, almost certainly pushing the cost to finish even higher.

The IISD identified two types of government support for TMX it couldn’t fully quantify. One is a commitment to reimburse the pipeline’s future owner from costs related to “discriminatory and unjustified actions of a province or municipality,” as well as for any unforeseen permit delays. Though a promise to pay out money doesn’t represent any dollars changing hands, it’s still considered a subsidy because it “caps the risk” to a private buyer, thereby changing the business case.

Since 2018, governments in Canada have pumped at least $23 billion worth of support into the Trans Mountain, Coastal GasLink, and Keystone XL pipelines. #cdnpoli

The second support that couldn’t be specifically quantified is the potential purchase of the pipeline from Kinder Morgan being above market price. The IISD points out that after an independent financial analysis, kept classified, Ottawa offered to buy the project for $3.85 billion, but ultimately paid $4.5 billion on closing. That difference could constitute a subsidy, but the IISD could not fairly quantify it.

There are plenty of known subsidies the federal and Alberta governments have given Trans Mountain, the IISD says. Crown corporation Export Development Canada (EDC) has provided at least $11.27 billion worth of loans that Ottawa guarantees.

Where “loan guarantees fit into the picture is where government can provide something that would not normally be available in the private market,” said Corkal. “By doing so, government is interfering in the market, and that means the market will respond accordingly.”

Ottawa also has agreed to underwrite Alberta’s $2-billion emergency fund that was set up to make sure the pipeline was built.

The report also notes federal supports to the tune of $35.3 million for operational expenses and losses covered by third-party revenue sources, $46.3 million worth of loan-related supports including ongoing interest expenses, and $2 billion worth of liability for environmental damages. The Alberta government spent $25.75 million on promotional campaigns.

Coastal GasLink is a $6.6-billion, 670-kilometre export pipeline being built to move 2.1 billion cubic feet per day of natural gas to LNG Canada’s Kitimat facility from the Dawson Creek area of B.C.

The report identified two supports, but could only quantify one. The known support is a $500-million loan provided to pipeline owners TC Energy in April 2020 through the EDC. But the IISD could not quantify an equity injection into TC Energy finalized in May 2020.

The IISD report notes that in 2019, TC Energy announced it was selling a 65 per cent stake in Coastal GasLink to a partnership between KKR-Keats Pipeline Investors II (Canada) and a subsidiary of the Alberta Investment Management Corporation (AIMCo), a Crown corporation. KKR made its investment through a partnership with the National Pension Service of Korea.

That deal netted TC Energy US$600 million and left it with a 35 per cent stake in the project. Since the deal closed, TC Energy announced a syndicate of banks is funding up to 80 per cent of construction costs, the report says.

“It appears that the KKR-AIMCo transaction de-risked the project by providing a clear signal to the other financers,” the report reads.

In other words, because a Crown corporation bought into the project, it communicated to investors that the pipeline had government support and was likely to be built.

The report also looks at the now-defunct Keystone XL pipeline, which would have pumped 830,000 barrels of oil per day from Alberta to Nebraska. Total construction costs were estimated at US$8 billion.

The report found two types of support from Alberta’s government. One was a $1.5-billion equity investment into TC Energy to help build the pipeline. Alberta stated it would sell its shares at a profit after construction. The second type of support was Alberta’s $6 billion in loan guarantees offered to TC Energy.

“The government of Alberta is confident that this is a wise investment… The project will have a net return of over $30 billion to the Alberta taxpayer through royalties and higher prices for Alberta oil in the next 20 years,” Premier Jason Kenney said at the time. “This was a particularly valuable loan guarantee since the provincial government effectively tied itself to the project going ahead, standing to lose significant money if the project were to be cancelled. As this is now the case, more details will be needed to assess the full financial impact on the government,” the report reads.

TC Energy has filed a US$15-billion trade complaint under NAFTA rules looking to recoup its loss.

In my opinion its not all

In my opinion its not all Alberta's fault, all you have to do is look at the offshore oil platforms in Newfoundland to see the problem with our fossil fuel GDP dependency. I can just imagine $23 billion spent on EV rebates, and solar power charging and advancing green tech.
Or what if that $23 billion went to a refinery in western Canada to end the pipeline dispute?
What I would like to know is if this figure is including the subsidization of the fossil fuel industry?
Only two of a hundred question.
I would expect to see that the Canadian tax payers dollar amounts is dropping in support of fossil fuel extraction knowing that we can't just turn it off, and it will need to have a keen eye kept on it to make sure we are headed in the right direction. It appears to be a 10 year reduction commitment with zero time left, and I do believe and hope the next election cycle will reflect that in both the 10 provincial and Federal mandates.