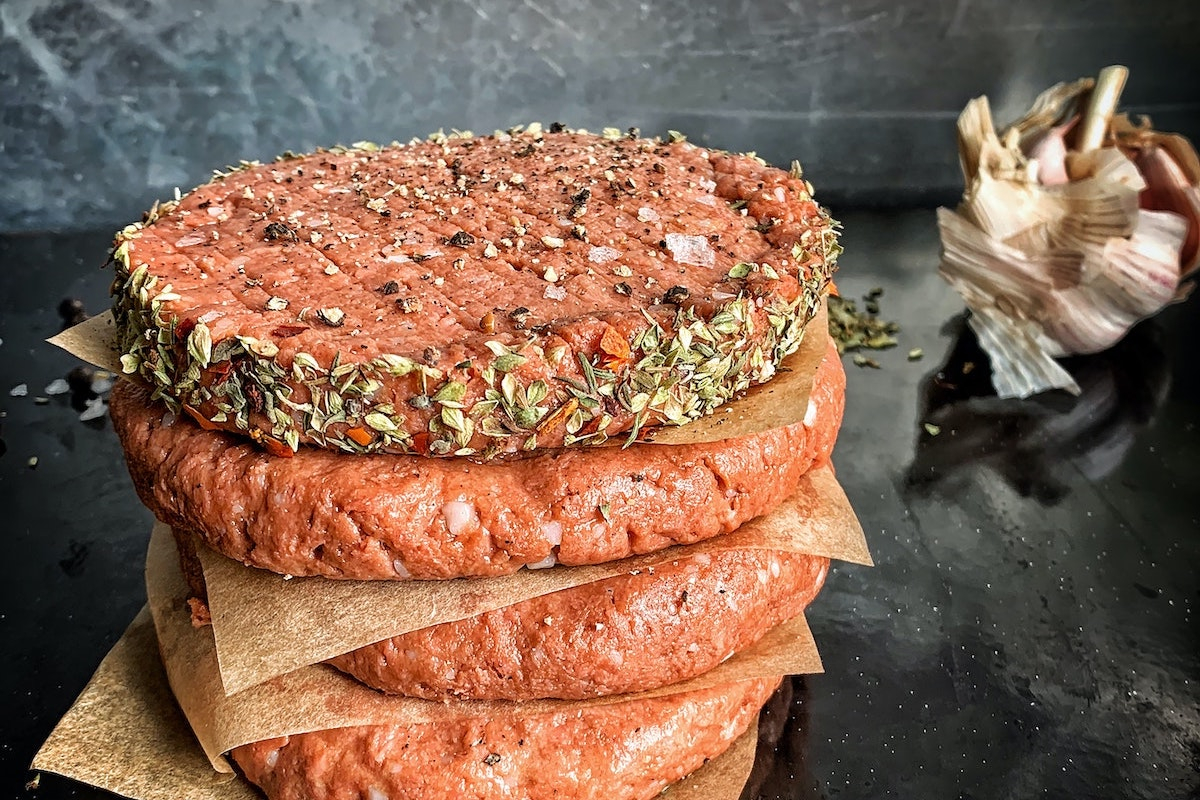 Fuelled by eco-conscious consumers and savvy marketing, plant-based meats are booming. But what are they saving? Photo by LikeMeat / Unsplash
Previous story
Next story

Gone are the days when only carnivores could grab something from their supermarket freezers for a fast, protein-rich dinner on the grill. Now, a quick trip down grocery store meat aisles can yield a bounty of designer burgers and bangers that have been engineered from plants.

Fuelled by eco-conscious consumers and social media stars, these alternative meats — typically built from plant proteins processed to resemble real meat — are booming. The $4.7-billion industry is expected to triple by 2026, according to market research firm Facts and Factors.

Proponents of the new processed foods bill them as an essential part of averting the climate crisis, noting meat production produces about eight billion tonnes of CO2 each year. Some experts urge people to look beyond the hype, however, and ask what these highly processed foods are saving: The planet, or capitalism?

“If you look at the long timeline of humanity, (ultra-processed foods) are very novel foods that (we started) to see in the 20th century onward,” said Sarah Dunigan, a PhD candidate at McMaster University and host of the food-focused podcast Anthrodish. “They really coincide with a shift in how people are in their homes and the rise of more industrial jobs (and) women in the workforce.”

The act of processing food isn't new, she said, noting that techniques like fermentation and pickling have been around for generations. Yet in the early 1900s, a suite of new technologies emerged that allowed companies to industrialize food processing.

As techniques evolved, food processors were able to make their products — everything from TV dinners to mac 'n' cheese — cheaper while extending shelf life and portability. These characteristics were devoured by time-squeezed workers, a trend that continues today.

“There are a lot of people working multiple jobs, especially after the (2008) recession. These are convenience foods that you can grab and go,” Dunigan said. “The affordability of these foods is not to be understated, especially for low-income households.”

For many people employed in low-wage or precarious jobs — including those deemed essential during the pandemic — cheap, easy-to-prepare processed foods make it possible to be fed and, while working long hours, to make ends meet. Even then, many struggle, with roughly 65 per cent of food-insecure Canadians — 3.3 million people — relying on inadequate wages to purchase food, according to PROOF, a food insecurity research program based at the University of Toronto.

However, frugality isn't the only appeal of ultra-processed food, Dunigan added. TV dinners and fast-food takeout are entwined with the glorification of efficiency, a “go-go mentality,” and other distinctly North American cultural values that make modern capitalism tick.

Most Canadians and Americans work fewer hours now than a century ago, according to the Oxford University-based research project Our World in Data, and there is growing interest in a four-day workweek. Despite this progress, Dunigan emphasized that a century of long working hours and the widespread celebration of efficiency in Canada and the U.S. has led many to demand convenience from our food.

Proponents of plant-based meats bill them as an essential part of averting the #ClimateCrisis. Some experts urge people to look beyond the hype, however, and ask what these highly processed foods are saving: The planet, or capitalism?

That expectation of convenience lies at the heart of the boom in plant-based meats — and is a key tenet held by the food scientists designing them, said Priera Panescu, a food scientist at the Good Food Institute, an organization dedicated to promoting alternative meats.

“A lot of people don't have time to cook, or they don't want to prioritize it. This is a way to insert that sustainability and that health-conscious mindset without people having to change their current behaviours,” she added.

Most plant-based meats are created from a dizzying mix of oils, starches, and proteins extracted from different types of plants and formed into meat-like textures and tastes. Soy, peas, and wheat are by far the most common crops used in this process, though researchers are studying more, Panescu explained.

Different plant proteins produce different kinds of tastes and textures, added Chris Bryson, founder of New School Foods, a Canadian company developing a plant-based salmon. For instance, his company is experimenting with several types of plant proteins and other vegetal extracts to create a product that has real salmon's distinct, flaky texture. Flavour and colour are added later, once the basic structure is complete.

It's a process more akin to software development than culinary experimentation, where food scientists are “treating food like technology” and “updating” earlier versions of their products, said the former tech entrepreneur.

“It's really exciting to see this field blossom and for a lot more scientists to work on something that could potentially help human beings and the planet,” added Panescu.

Still, Dunigan doubts that creating a wider array of high-tech foods will make our meals sustainable.

“It's a very capitalistic approach to sustainability and climate change,” she said. “If we truly want a sustainable food future, we have to stop looking at food as capital and start looking at long-term land restoration projects, creating healthier soils, and creating more localized growth of food and food sharing that isn't out to make a buck.”

Fight this trend by teaching

Fight this trend by teaching people delicious traditional vegan recipes. There's more to it than just leaving out one ingredient, but it is not difficult, expensive, or unhealthy. It takes less than two weeks for your body to associate new tastes with needed nutrition.

Amen. And it's not so hard,

Amen. And it's not so hard, either, to invent your own bean or whole-grain with or without much by way of vegies. Kids like them too. Because they're delicious.

Your headlines often feature an either/ or question, representing two extremes. And since neither is, ultimately, ever a Clear Solution, I find this a dramatic but distracting technique for exploring the topic.
Yes, plant- based "meat" is eliminating some of the environmental waste associated with animal "production" and its overarching cruelty. However, it will never "save the planet". How could a single food option ever do that? And yes- plant based "meat" exerts new pressure on farmlands and yes, again: it's in the context of capitalism, as is "meat" production, so no change there. We might have done better with developing earlier plant based "meats", thus avoiding the rampant and irreversible destruction of the rainforests, but...we didn't.

This article offers no fact

This article offers no fact to support the assertion that the life cycle analysis of plant based foods is no better than animal proteins.
The author should read the reports from Stanford University ReThink Group on precision fermentation for protein production. The contributive savings to climate change are significant.

Technically, I see no place

This is rubbish! The

This is rubbish! The journalistic equivalent of crack filler. A collection of buzz words and bullshit signifying nothing. At steady diet of this nonsense will lead to a failure renew my subscription.

Maybe we should listen to

Maybe we should listen to Greta’s advice! https://youtu.be/7WvehTbuvIo

The same question could be

The same question could be asked of electric cars.